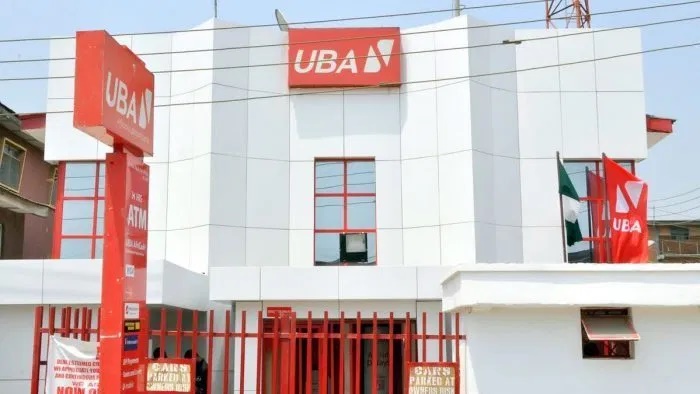 ………N2M Up For Grabs Every Quarter

Pan African financial institution, United Bank for Africa (UBA) Plc on Tuesday, launched the ‘UBA Bumper Account’, a hybrid account, targeted at transforming the lives of its customers. The new account  is in line with the bank’s mission of creating superior value for its stakeholders while encouraging saving cultures among Nigerians.

The account, carefully crafted to improve the lives of the UBA customers, will offer account holders an opportunity to win cash prizes of up to N2 million.

Speaking during the launch and monthly draw which was held at the UBA Head Office, in Lagos on Tuesday, the Group Head, Retail Banking, Jude Anele said, the New ‘UBA Bumper Account’ was created with the customer in mind.

Anele said, “We have in recent times deepened our focus on the most important aspect of our business – the customers we serve. Hence, our huge investment in technology to make banking easier and seamless, even as we introduce new offerings such as this Bumper Account, that will deliver improved value to stakeholders.

In the first draw which was held live  during  the official launch in Lagos today,  a total of 100 customers emerged winners as the  Bumper to Bumper Crooner, Wande Coal   serenaded guests with his famous hit songs to the delight of all present.

“A total of 100 customers emerged winners at the live draws which took place here today, and as you have seen, some of our customers here present were part of the lucky ones who won N100,000 each. From here on, lucky customers will win from N10,000 to N2 million each in the monthly, quarterly and targeted draws,” Anele stated.

He added that a monthly shopping allowance of N100,000 for a year is also up for grabs. “No fewer than 50 account holders will get a whopping N2 million each across all participating regions. This account is open to both existing and new customers of the bank who save a minimum of N5,000,” Anele noted.

Amos Wisdom, one of the winners present, could not hide his joy when he was announced as one of the winners. “I am still very amazed. Before I came here, I had the conviction that I would win. All my life, I have never won anything like this, and I am very happy that I won this time. Thank you so much UBA,” he said.

Another winner, Ohagbelum Peace, who could not believe it when her name was announced said if she wasn’t present herself, she would not have believed in promos like the UBA Bumper Account. “I am very grateful. This is a new experience for me and I am now a number one fan of UBA. This has re-enforced my belief for this bank.”

The Deputy Director and Co-ordinator, National Lottery Regulatory Commission was present during the event to ensure that winners were properly selected in a fair manner without prejudice. She noted that the commission had worked with UBA in many promos in the past without any issues.

The Head Consumer Banking, Chiedu Ibeku appreciating the customers present, said, “we had two major objectives for this account which is to say a big thank you to our customers for being there and most importantly, to encourage a savings culture. Our intention is not only to reward loyalty but also to transform the lives of our customers for good”.

“UBA will not relent, because we are aware that if our customers succeed, we ultimately succeed too and this will spur us on to make the desired impact in their lives,” she said.