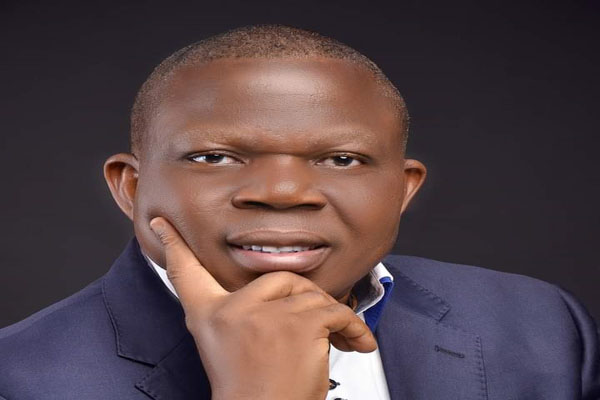 The various awards of recognition which Tim Akano, Chief Executive Officer of New Horizons Nigeria has received from different organizations speak to his passion, efforts and commitment to youth development in the country.

The awards and recognitions that have dogged Akano’s path are enough to fill a book, were there to be documented. They have come from all sectors and different areas of human endeavour in the country, an obvious reflection of the national nature of his involvement in youth development initiatives in different parts of the country. The awards and recognitions are from the media, educational institutions, professional associations, public institutions, private sector organizations and youth organizations.

The latest of these awards came from reputable youth groups such as the Council of Students Union Presidents (CSUP), Northern Youth Council of Nigeria (NYCN) and Odua Youths Parliament (OYP), with combined membership of over four million students across institutions of higher learning in the 36 states of the federation. Others are the National Youth service Corp (NYSC) and Bowen University, Iwo, Osun State. The awards have come to Akano in honour of his championing efforts at advancing the course of youth empowerment in Information Communication Technology (ICT), good governance and citizenship, financial literacy, leadership, cultural and history awareness, tech future and economic focasting etc. The descriptions of the awards underscore the strategic role the entrepreneur plays in youth empowerment and development. For instance, The NYSC’s award of “Icon of Youth Empowerment” is in recognition of Akano’s commitment and passion for youth empowerment, while the award given to his organization – New Horizons Nigeria – is that of “Critical Partner in Youth Empowerment”.

“NYSC management wishes to place on record that New Horizons Systems Limited of which you are the Managing Director and Chief Executive Officer is unwavering in its commitment and support for the Skill Acquisition and Entrepreneurship Development of the NYSC”, Brigadier-General Shuaibu Ibrahim, Director General of NYSC, said in a citation during the award. “This is evident in the cost-free skill and digital training from which hundreds of corps members and many NYSC SAED officers are currently benefiting. In view of the foregoing, the NYSC management honours you with the award of Icon of Youth Empowerment”.

The wards have come in torrents from across all sectors in Nigeria, not just from the two institutions. In accepting them, Akano reiterates his untiring efforts and commitment to equipping Nigerian youths for a better future. It is a mission to which he has committed his life.

“Helping youths to shape their future is the reason I exist, and outside of that, there is not much meaning again for me in life”, he said at the NYSC award. “Whatever I do, I do it not because of an award, but to bring out light to another youth that would be far bigger than me tomorrow. This is what gives me joy. My second motivation is my desire to bequeath a good name for my children so that in future my name will continue to be a precious key in their hands that opens doors”.

New Horizons Nigeria, the largest ICT training institute in Nigeria, is a franchise of New Horizons International, the number one ICT training institution in the world. The global brand, with offices in 90 countries, has its headquarters in California, the United States. The company has, for over 16 years, empowered more than 1.2 million Nigerian youths with relevant ICT skills in the effort to equip them for the Fourth Industrial Revolution that has since taken off, which is centred on information technology. Akano, the brain behind New Horizons Nigeria, is many things rolled into one. He is an investor, career coach, mentor, author, public speaker and philanthropist.

With uncanny ability to multitask, he plays all the roles effortlessly, without any one suffering. His name rings a bell in Nigeria not just in connection with New Horizons, but also as the President of One Africa Initiatives, and Chairman of for Africa By All Africans Worldwide (FABAAW).

Akano’s interest in youth development has seen him train, mentor and develop youths that have gone to become very highly successful ICT professionals, either in employment in big organizations in different parts of the world or as entrepreneurs. He has been actively involved in the development and transformation of communities, including those outside his immediate locality, even extending outside Nigeria to other parts of Africa. His work of training, mentoring and development of individuals, as well as transformation of communities is enhanced by his membership of organizations with similar goals and objectives. For instance, he is an active member of the Oluponna Development Association in his home town in Osun State. One Africa Initiative is a non-governmental organization that works for integration and cooperation between Africans living on the continent and those in the Diaspora. This platform is crucial for the realization of the goal of technological transformation of the continent. It is to Akano’s credit that thousands of Nigerian youths who would otherwise have been languishing in joblessness and hopelessness are now gainfully employed in the ICT sector. It is therefore not an overstatement to say he has contributed immensely in taking thousands of unemployed youths off the streets.

His involvement in youth development is not limited to Nigeria. A pan-African, Akano has been actively involved in the technological development of not just Africans living on the continent, but also those in the Diaspora.

According to Ogbu Jarius, one of Akano’s mentees, FABAAW is essentially an Afrocentric platform that provides opportunities for Africans and the global community to excel in technologically related fields.

The platform is a market place exchange of skills, trading, e-learning and provision of jobs. “Our vision is to birth an Africa that has united her people, all of African descent and resources that has transformed her to a continent at par with any other”. Akano’s ability to juggle tasks is a product of many years of handling different responsibilities under different circumstances. For about two decades, he garnered experiences working in strategic positions across indigenous and multinational companies, all of which helped to train and equip him for the roles he is handling today. He worked with Unilever Nigeria, 1987-1988; Debis Computers, 1988-1990; Dunlop, 1990-1995; Nigerian Bottling Company (NBC), 1996-2005, holding leadership positions in marketing, sales, strategic planning, media relations, supply chain management, as well as production and general management.

At his last place of work as an employee – NBC – Akano rose from the position of Commercial Attaché to Senior Executive Manager, winning several awards in the process. For instance, as the company’s Plant Manager in Ilorin in 2001, he won the North America and West Africa Division of the President’s Award in the Silver category. The award was bestowed on him for being responsible for the generation of sales revenue of over N30 billion for the company’s Lagos/North Division. The feat won him selection as one of Coca Cola’s “50 Future World Leaders”. That was just the beginning of a deluge of awards for Akano.

More would come in the course of his journey in entrepreneurship. Akano took a step of faith by quitting paid employment in 2005 for entrepreneurship. He set up New Horizons Nigeria, encouraged by the yawning gap that existed in the ICT sector in the country. The company also came at a time the entire continent of Africa was looking to narrow the digital gap between it and the developed world.

More than 15 years down the road, Akano has achieved the twin objective of helping to develop Nigeria’s ICT sector and contributing to the growth of the sector in Africa. New Horizon is the largest ICT training institution in Nigeria, with a staff of over 300, mostly graduates. The institution trains more than 60, 000 students annually. Akano’s youth empowerment programmes have produced hundreds of thousands of ICT professionals through provision of scholarships in the National Youth Service Corp and educational institutions, as well as training in military and government agencies.

His involvement and expertise in ICT have equipped him with a good knowledge of cybersecurity, the reason he organized the World Cyber Security Conference, the first of such events in Africa which was held to discuss issues affecting cybersecurity on the continent. The event was held in collaboration with international experts on cybersecurity.

The 2012 edition of the conference, which was organized in partnership with the Defence Headquarters in Abuja, led to the selection of Nigeria as the African Regional Centre for Cyber Security by the ITU-IMPACT. Since its inception, the World Cyber Security Conference has attracted world leaders, including former Israeli prime minister, Ehud Barak, to Nigeria. Barak was the guest speaker at the 2014 edition of the event that was held in the Banquet Hall of the Presidential Villa in Abuja.

In 2015, the Nigerian Communications Communication gave Akano Award of Excellence in recognition of his contributions to the development of ICT in Nigeria, while the International Society of Education in Atlanta, the United States, honoured him with Award of Excellence for Contribution to Enhancement of Technology in Education in 2018. Mind Builders, a private educational institution, followed suit in 2019 with Special Recognition Award for his immense contributions to the development of ICT, enlightenment, as well as training and provision of scholarships to Nigerians citizens in that field. Other awards Akano received in recognition of is contributions to ICT development in Nigeria are ICT Lifetime Achievement from African Digital Heroes Awards in 2019; Most Innovative ICT Institute in Entrepreneurship (AIT Infotech Network), 2009; Nigerian Television Excellence Award, 2013; NYSC Youth Empowerment Advocate, 2017; Most Distinguished Nigerian Professionals (Nigerian Tribune Newspapers), 2013; EC-Council ATC Circle Excellence Award, EC Council, USA, 2019 and ICT Personality of the Year (National ICT Merit Award), 2009.

At the 30th anniversary of the creation of Osun State, Akano was honoured as one of the “30 Living Legends of Osun State”.