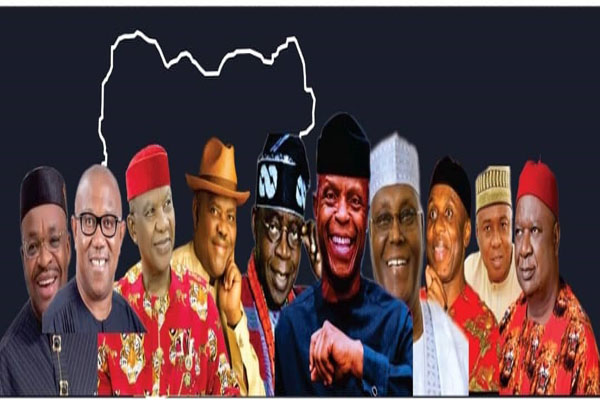 The Top10 magazine, Nigeria’s foremost monthly publication known for beaming spotlight on 10 leading lights in any human endeavour has released the list of the 10 presidential frontrunners under the title, “Verdict 2023: Top 10 most electable presidential hopefuls.”

In the latest edition of the magazine which looks at the electability credentials of the various presidential aspirants across Nigeria’s two dominant political parties, APC and PDP, the magazine lists the top 10 presidential hopefuls with the brightest chance of not only winning the presidential tickets of their respective parties but also possess the electoral value and chances of winning the main presidential election in 2023.

Top on the list of the 10 most electable presidential hopefuls, according to the magazine, are Prof. Yemi Osinbajo, Vice-President, Federal Republic of Nigeria and a presidential aspirant under the platform of the ruling All Progressives Congress (APC); Asiwaju Ahmed Bola Tinubu, former Lagos state governor and national leader of APC; Alhaji Atiku Abubakar, former Vice-President and PDP presidential candidate in the 2019 general elections; Rotimi Amaechi, former Governor of Rivers state; the current Minister of Transportation; and Nyesom Wike, Rivers state Governor.

Mr. Tony Iji, publisher of The Top10 Magazine, said in a release that, “In line with our tradition of beaming searchlight on 10 leading lights in any human endavour, this edition of the magazine focuses on 10 aspirants considered as the most electable presidential hopefuls in 2023, selected by our editorial board after a careful and painstaking process”. He said that the exercise was done taking into account the electability credentials of the aspirants such as: personal accomplishments, government/political antecedents, popularity, acceptability, national appeal/outlook, credibility and perceived capability for the onerous task of tackling the numerous challenges the country is currently faced with.

Mr. Iji further stated that while the selection team recognizes the existence of 18 political parties in Nigeria and their right and wish to field presidential candidates for next year’s general elections, the scope of the selection process of the 10 most electable presidential hopefuls by the magazine covers only the two dominant parties, the All Progressives Congress (APC), the ruling party at the national level, and the main opposition Peoples Democratic Party (PDP). This is because the two parties are the only ones with capacity and organized structure to win presidential election in 2023.

“In arriving at the choice of the 10 that made the final list, all the aspirants of the two political parties from the North and South were considered. Rigorous checks and analyses were carried out on them with respect to electability criteria”. He said that the selection is based on the aspirants who have so far declared their aspiration and current situation of things at the time of going to press, which is possible to change along the line as more and more aspirants are coming out to join the race.

He stated that “it is also our belief that one of the 10 presidential hopefuls will emerge the president of Nigeria in 2023, all things being equal. However, we cannot foreclose a change of the scenario in the days ahead, depending on unforeseen circumstances that might crop up, as we all know that only God has the final say in the affairs of man.”

The fate of the top 10 Presidential hopefuls selected by the publication and, indeed, of the others, will be determined in the coming weeks when the parties hold their National conventions for the nomination of their presidential flagbearers. “Barring the incidence of a huge upset and imposition of candidates through “consensus” arrangements, two of these men (one each for APC and PDP) will win their party nomination if the contest is free and fair, with one of them emerging as Nigeria’s President in 2023”, concluded the statement. 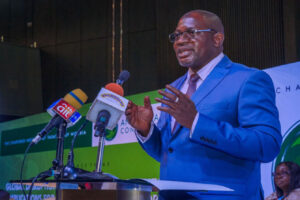 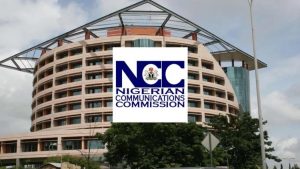 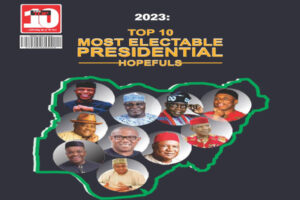