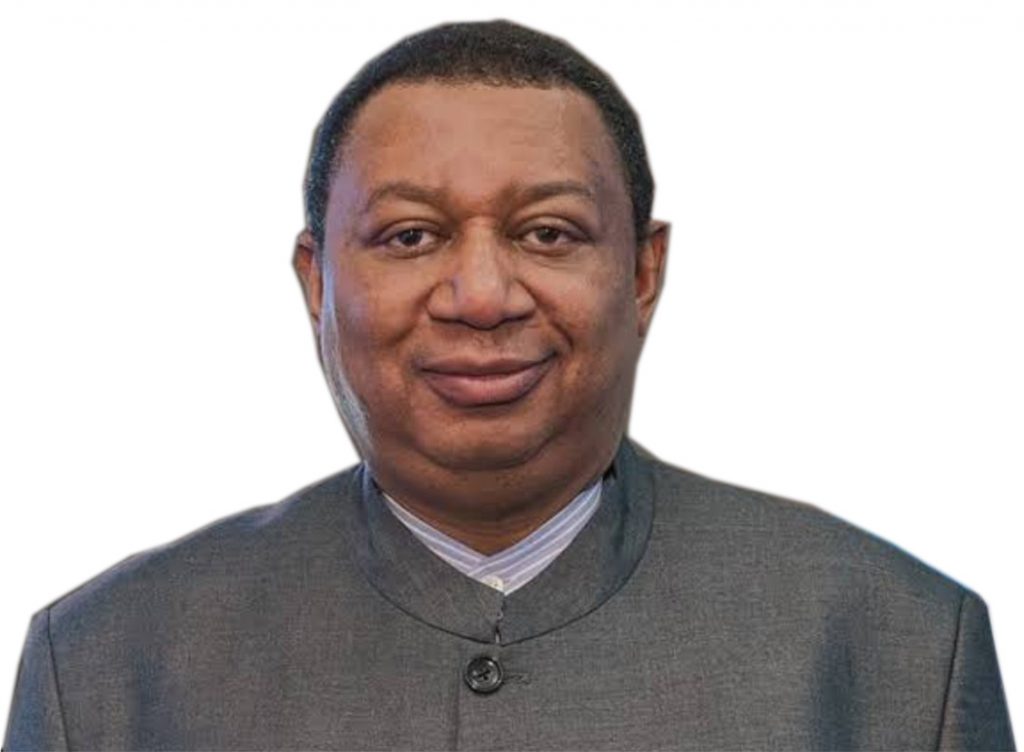 Mohammed Barkindo is secretary general, OPEC, the chief executive of the organization’s Secretariat and it’s legally authorized representative. In this capacity, he administers the affairs of the organization in accordance with the directions of the board of governors.

Barkindo was re-elected for the second three-year term in office at the sixth OPEC and non-OPEC ministerial meeting last year. He was appointed the first time in August 2016, and has since then been instrumental to achieving the cooperation the oil producing countries needed critically to achieve stable markets amidst global turbulence.

Barkindo represented Nigeria on OPEC’s Economic Commission Board from 1993 to 2008 and was acting secretary general of the organization in 2006.His leadership is credited for maintaining faith in the future of the oil and gas industry and for building the essential bridges the industry needs to advance in prosperity.

He heads the organization at a time of a major change in market structure, posing greater challenges in cooperation among oil producing countries. He responded in rallying OPEC members and non-OPEC partners in the historic Declaration of Cooperation [DoC] in December 2016. The DoC is a response to the severe oil market downturn of 2014 to 2016.

Utmost commitment to do whatever it takes to balance and stabilize the oil market in the interest of both producers and consumers has been Barkindo’s promise at OPEC. “We have delivered on this promise, with the effectiveness of our joint efforts well-proven since the ‘Declaration of Cooperation’ began in January 2017”, he said. It is to him, an unprecedented response to an unparalleled market shock.

He ensures that members and partners adapt courses accordingly depending on market conditions.  Voluntary production adjustments are called into play when the market gets skewed to oversupply. This was the engagement tool applied to stabilise oil prices in the market slump of late2016 to 2018.

On the other hand, when concerns of rising demand outpacing supply surface, partners in the Declaration of Cooperation step up supply to ease market tightening. Barkindo explains that “the Declaration has had a transformational impact on the global oil industry and has received the backing of other producers, as well as consumers”.

The stabilising role has elevated the office of the secretary general as a dependable source of guidance to global energy stakeholders. “We are most fortunate that the architects of the DoC constructed a framework so solid that it allows us to be agile and flexible, to act in a timely way to support market stability as different conditions arise.

“We are now into the fifth year of the Declaration of Cooperatio nand better equipped than ever as we shift from managing a crisis to supporting the recovery”, he said at the 47th meeting of the Joint Technical Committee last January.

His mandate is to deliver OPEC’s key objective of a balanced market and a sustainable stability.  He has his eyes fixed firmly on the objectives and takes on an agile and flexible approach to accomplish the daunting task.

He assures stakeholders that his administration will  remain unyielding in working to further bring down inventory levels, help to return investment to the industry and maintain a healthy supply and demand balance, without under or over-shooting.

The role of oil in the global economic growth and stability remains crucial. With a number of underlying risks and uncertainties that affect market developments, a stabilizing mechanism has become a key element of extracting stability for the global economy out of  an inherently volatile oil industry. This is essentially the job that Barkindo does not just for OPEC but for the whole world’s economy.

“We always take a very measured approach through the ‘Declaration of Cooperation’ – we look at the market outlook, we listen to consumers and other stakeholders, and I assure you that we are focused on the interests of the global economy. OPEC has a vested interest in the continued growth and stability of the US and by extension the global economy” he said.

Barkindo’s leadership of OPEC recognizes that the challenge of balancing the oil market and maintaining stability is a continuous process and a shared responsibility. The Declaration, he said, is not about short-termism but focuses on continuity through short-term objectives to long-term goals.

He is therefore set on a noble mission of continually breaking down barriers to economic growth and stability to oil producers and consumers alike all over the world. He is resolute about the core objective of his organization: the determination and resolve to maintain a balanced oil market and achieve a sustainable stability in the interests of both producers and consumers.

The Declaration of Cooperation has therefore gone a long way to achieve these balanced interests by helping to return balance and stability to the market, according to Barkindo. He assures that his leadership will continue to be unbending in this objective going forward.

For him, it is in everyone’s interest to keep the markets stable and to maintain oil prices at levels that enable producers to earn a reasonable income and to invest in the necessary production capacity to ensure continuing supplies to the market. However he expects high energy-dependent economies to cease the opportunity of reasonable stability attained through the Declaration to diversify earnings. “I believe it is becoming increasingly crucial for oil producers that still depend heavily on oil revenues to look to other sources of income”, he counseled.