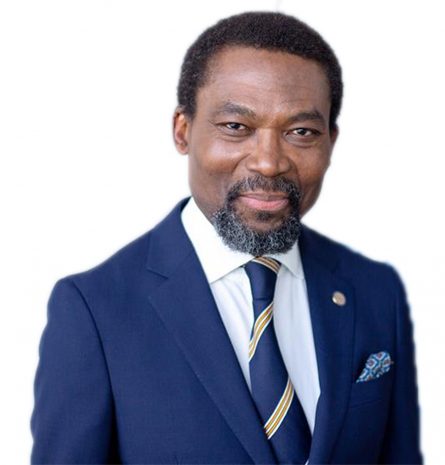 Chief Chile Ebeo-Osuji has just ended his term [10th March 2021] as president of the International Criminal Court [ICC], Hague since 2018 and a judge at the court since 2012.For so long he has held forth at the international institution whose mandate is to hold accountable those who commit crimes against humanity and yet may find escape routes from justice at home. ICC holds the mandate of humanity to provide an international place for justice so that victims may have the hope that is not readily available at home.

It handles cases where the channels of justice are shut to victims at national jurisdictions. The ICC therefore entertains and treats petitions of victims with the mandate of humanity as a court of last resort.

This is the joy and satisfaction of Ebeo-Osuji for a great mission accomplished at The Hague. He has been part of the great machinery of service to humanity, the unyielding resolve of judges – who live up to their name in holding people accountable for their actions. “I have witnessed them perform it during my tenure as President,” he said while sharing his thoughts on the job as his tenure drew to its end.

He recalls that it isn’t a determination of the court alone that makes justice happen at ICC but also the robust moral support it has received from many countries and their representatives as well as from civil society and the academia. The court enjoys the support of even those who come from countries that are not yet parties to its treaty, he said.

The lesson that Ebeo-Osuji brings from the centre of judicial excellence is that justice delivery cannot happen without a joint effort. “This joint effort has served to ensure that the ICC is a principal pillar of the international rule of law – a key tool in the pursuit of international peace and the protection of humankind from unspeakable acts of inhumanity”, he said.

He recognizes that the capacity of the court to serve its purpose needs a continuous investment of efforts to enhance it from the inside. In pursuit of this improvement, Ebeo-Osuji’s leadership of the court initiated a comprehensive systems review – the first of such an exercise in the court’s history.

“Our very aim in inviting the exercise was to strengthen the ICC as an institution, by identifying, in a comprehensive way, areas in need of improvement – in the short term, in the medium term and in the long term”, he said.

He raises a word of caution however in that the review he ordered had ‘a no go area’. That area is the court’s independence – which, he said, must not be compromised in the course of implementing any reviews and recommendations of the consultants. “Independence is the cornerstone of every judicial institution’s legitimacy. Nothing that risks its compromise could ever be good enough for this international court of law”, he insists.

Ebeo-Osuji places side by side the court’s mandate of humanity he has spearheaded and the cry for justice by victims of genocide, crimes against humanity, war crimes and the crime of aggression and asks a self-probing question.“Have I done the very best that is possible within me to do, in service of the court’s mandate—and not merely what I consider to be good enough or even more than good enough?”

His answer to that question is unequivocally, ’yes’ in conviction of someone who has accomplished a great mission for his nation and for the world with a conscience unspotted.

Prior to joining the ICC, Eboe-Osuji served as legal advisor to the UN high commissioner for human rights. He anchored the high commissioner’s interventions in cases involving human rights issues. In that capacity, he led the writing of amicus curiae submissions to the European Court of Human Rights and the United States Supreme Court.

He served as principal appeals counsel for the prosecution in the Charles Taylor Case at the Special Court for Sierra Leone. He held several posts at the International Criminal Tribunal for Rwanda, including head of chambers and lead prosecution trial counsel.

He practiced law as a barrister before trial courts in Nigeria and Canada and conducted appeals before the Court of Appeal for Ontario (Canada) and the Supreme Court of Canada.

Eboe-Osuji taught international criminal law as adjunct professor at the Faculty of Law of the University of Ottawa, Canada. He has an extensive record of legal scholarship and publications, including the books titled International Law and Sexual Violence in Armed Conflicts and Protecting Humanity (ed). He served as legal expert to Nigeria’s delegation to the ICC-ASP Special Working Group on the Definition of the Crime of Aggression.