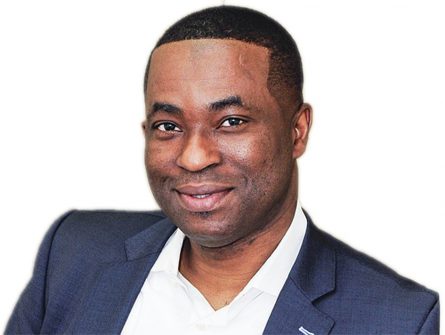 At Central Mississippi Medical Centre, he performed the first radial coronary angioplasty in CMMC history in 2011 and treated nephrology patients for two years without additional pay.

Badero has been recognized as the only combined cardiologist and nephrologist in the United States, a rarefied specialty in medical science, a coveted commodity in the field and one of the most knowledgeable medical minds in Mississippi. His global recognition include a US Congressional award for outstanding medical career and service to humanity.

He is a specialist in each of seven different areas of medicine – a rare feat in the field of medical science. Badero is a global record –the one fully trained heart and kidney specialist in the world is a Nigerian.

“Putting all that together, I would like to think of myself as an interventional cardio nephrologist as well as a peripheral vascular interventionist. Altogether, I spent ten years of continuous post-graduate medical training, which I later found out was unprecedented”, he told Financial Nigeria.

He began his medical education at Obafemi Awolowo University and graduated from the school’s medical programme in 1997. He later relocated to the United States for a series of specialist medical trainings.

After passing the U.S national medical exam for foreign-trained doctors, he was admitted at State University of New York, Downstate Medical Center in Brooklyn NY where he completed three years of Internal Medicine residency. He proceeded to Emory University School of Medicine in Atlanta, Georgia where he completed a two-year fellowship in Nephrology & Hypertension.

While he was in training at Emory University School of Medicine as a kidney specialist, he was challenged to discover that the commonest cause of death for the patients that died was heart disease and not kidney infection. “And we were doing a great job taking care of these patients but ultimately they died from a disease I didn’t have much control of as I would have loved to”, he recalled.

It was for him a challenge he didn’t have a choice but to embrace in the light of his decision to be a physician that will make a difference in the profession. The new challenge set the stage for Badero to explore additional ways of becoming effective on the job.

He decided to go back to specialize in cardiology, which would enable him get to the bottom of the common health complications that claim lives. The decision took him back to State University of New York, Downstate Medical Center in Brooklyn where he completed a three-year fellowship training in cardiovascular medicine in 2009.

Following a distinguished Cardiology fellowship, he was admitted into the prestigious Yale University School of Medicine, Bridgeport Program where he completed fellowships in invasive &interventional cardiology as well as peripheral vascular intervention. He completed these fellowships with distinction and was awarded a certificate of achievement for outstanding performance.

Badero later returned to SUNY-Downstate Medical Center for yet another year long fellowship in Interventional Nephrology, Endovascular Medicine & Dialysis Access Intervention. In all, he completed an unprecedented 10 years of continuous postgraduate medical training in the United States, specializing in seven different areas of medicine. He holds many specialty board certifications in the field of medicine.

He has been recognized around the world for his many contributions to the medical field as well as being one of the pioneers in his field. He is involved in medical mission work as well as non-profit organizations that help alleviate the disparity in healthcare delivery, especially in Africa and other medically underserved areas across the globe.

He is also involved in mentorship programmes for young physicians and scientists alike and teaches resident physicians and medical students periodically in a number of academic institutions. He has been involved in raising awareness of the interrelationship between the heart and kidney through various continuing medical education and speaking engagements. He has served as a consultant to some African countries in establishing cardio-renal programmes, cardiac centres of excellence as well as training and skills transfer.

Badero serves as an international speaker for several empowerment and motivational platforms across the globe of which Nigeria is a beneficiary. He was a speaker at the 2016 Impact Houston Youth Empowerment Conference for Nigerian youth. He was a speaker at the 2019 ‘Why I am Alive Campaign’ alongside former president Olusegun Obasanjo where he received the most purposeful Nigerian Award.