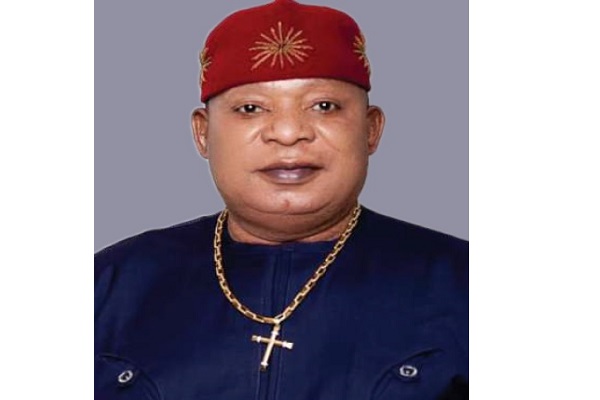 Chief Jude Onyedum, founder and Chairman/CEO, Bravo Products Limited, Evergreen International Services Limited, and Evergreen General Merchandise limited, is a shining example of the success story of Nigeria’s spirit of enterprise. In just about three decades, he has risen to the zenith of Nigeria’s business world, taking the country’s foam industry to the next level, where he has pioneered a lot of innovations as an industry player that is into production, distribution and retailing.

Chief Onyedum’s journey into business stardom started about 38 years ago. After his higher education in 1984, he left his home state in Anambra state to join his senior brother in Lagos who owned a company into foam production called Victory foam. Chief Jude started with his brother as a manager, worked for seven years and rose to the position of Director. “That was where I learnt the rudiments of business. So, after seven years, I established my own business very early in 1991. I started my own and it’s called Bravo Products Limited and Evergreen International Services,” he recalled.

Chief Jude started by buying already produced foam blocks and converting them into mattresses. He subsequently incorporated Bravo Products Limited which manufactures Bravo brand of mattresses, foams and allied products, Evergreen International Services Limited and Evergreen General Merchandise limited which handles distribution and retailing for Bravo products as well as other companies. Today, he is one of the topmost players in the mattress and foam manufacturing, distribution and retailing business in Nigeria. “By the grace of God, the office where we are currently is our permanent office built and owned by us… We started from a rented warehouse and moved to this permanent office in the year 2003 and we have been here and you can see where we are today. We have become one of the largest foam manufacturers in Nigeria.”

In foam distribution and retailing, Evergreen International Services has many depots and is arguably one of the best shop networks in Lagos. “That is a known fact and Lagos is the centre of excellence. So, if I have the best network in Lagos, I should boast that I have one of the best shop networks in the country.” He also distributes for Mouka foam limited and has been the number one distributor of Mouka Foam for 18 consecutive years.

His foresight in getting involved in all the three parts of the foam business value chain is one of the factors that have given him the competitive edge that has driven him to the top. He explained: “That is what got me sustained because at every point in time we are working because we produce, distribute and retail”. Chief Onyedum noted that as a manufacturer of Bravo Foam, his company does not compete with its distributors and retailers. “We are not competing with our distributors in anyway,” he explained, “because anywhere they already cover, we don’t go there and you know Nigeria is quite large. So, areas where they are not present, that is where we establish our own brand and it’s a way of getting more people to patronise us.

Among the many achievements by the Bravo Group are quality assurance by way of official product certification, issuance of warranties to its customers and customization of the size of mattresses in Nigeria. For instance, Bravo was the first in Nigeria to produce a foam that has 25.4cm. Before then there were only 7.62cm to 20.32cm mattresses. In 1993, Bravo took from there to 30.48cm, 40.64cm, 45.72cm, 50.8cm and currently, the company is doing 60.96cm mattresses.

Bravo’s warranty policy is based on its insistence on the manufacture of high quality products. The company’s boss explained that even after being certified by the Standards Organization of Nigeria (SON), the organization keeps visiting the company to ensure the standard of quality does not drop. “Our mattresses carry between 4 years, 5 years and 7 to 10 years warranty; that is Bravo for you…for us to put 10 years warranty on a mattress you know what it means because if it goes down, the customer will return it and that is not good for the company’s image.”

Bravo further sensitizes its customers on the right mattress to buy to support their body weight. “Sometimes the mattress can be for a baby but because the price is cheap or because it looks attractive, they simply buy it. As for us we will tell you the right mattress for your weight.”

There is no doubt that Chief Onyedum’s journey into business has been a success story. But as is always the case, such successes are replete with stories of challenges that were overcome along the way. In the case of Chief Onyedum and his business, the challenges were many and daunting. Most of the challenges have come from an inclement operating environment in which most infrastructure are lacking or deteriorating. These include inefficient power and water supply, bad roads, high cost of raw materials, absence or high cost of credit, multiple taxation, among many others. He laments the failure of government to support the manufacturing sector in most areas of need. “The government is not helping in many ways and that is why many companies are closing down and relocating to other countries where they have a better business enabling environment.”

In spite of these challenges, Bravo Group has not only survived, it is also giving back to society through the personal philanthropy of the founder and its corporate social responsibility activities.  For instance, Evergreen international Services Limited has trained many apprentices who have been set up in their own businesses. “Most of them are doing perfectly well and they are also training other people.”

Chief Onyedum has been extending his personal and corporate generosity beyond the vicinity of his company to the larger society: Lagos State and the Igbo community in both Lagos and back home in Anambra state. This is reflected in the myriads of appreciation, recognition and honours plaques adorning the awards gallery in his office. “You can see so many awards I have been given in Alimosho local government. I have been supporting youths’ annual programmes, education and festivals for which they come around seeking for finance to do one or two things in the community. Most often I contribute and you can see the evidence with the awards coming from such places. In my local government Ihiala, I won so many awards; there in Anambra… I have been invited by so many universities both in Nigeria and USA for Doctorate degree awards which I often turn down’’.

The Evergreen Group Chairman/Chief Executive still finds time to relax and keep fit in spite of his busy schedules. He believes in the saying that all works and no play makes Jack a dull boy. “I still find time to keep fit and socialize.’’

Any interest in politics? No, Chief Onyedum does not intend to join partisan politics like many successful businessmen in Nigeria in his category normally do. He would rather continue to sponsor selected politicians as he has been doing, while concentrating on what he knows what to do best: business. He said: “I’m not going into politics but I can support other people.

“But I can’t leave what I’m doing now and go into gamble because the truth is, politics is a gamble. You can win but it can be taken away from you. You can see there are some people who do so well in business but venture into politics and lose everything”.

His advice to the upcoming generations is to work hard and be diligent. “In all, it is better to work hard and smart, it pays. Not just working hard but be patient because whether you like it or not, time is needed for you to succeed in life but some people want to succeed overnight. Some of them succeed today but tomorrow, they fall by the way side. Slow and steady will always win the race.”