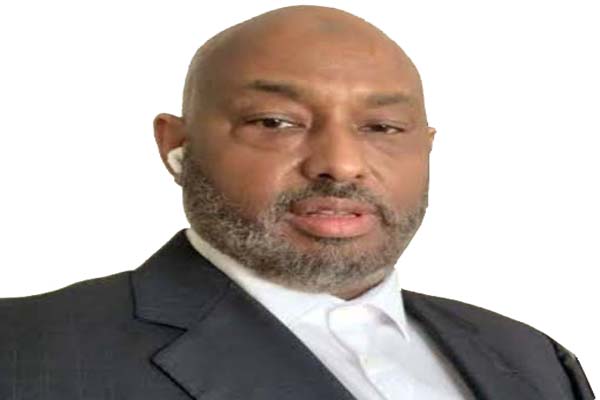 One thing that has become the hallmark of President Muhammadu Buhari’s choice of appointees into strategic public offices is his ability to fit round pegs in rounds holes. In the six years he has been in office, Nigerians cannot point to any appointment he made that did not turn out to be justified.

When he appointed Farouk Salim as Director General of the Standards Organization of Nigeria (SON) on September 26, 2020, industry experts hailed the appointment as yet another of such bull’s eye-hitting choices. The applause that greeted Salim’s appointment had more to do with the pedigree he was bringing into his new office, than any other consideration.

Almost one year down the road, Salim has proved that he is the right man for the herculean task of weeding the country of fake and sub-standard goods and, most importantly, ensuring maintenance of high standards for Nigerian products for the purpose of boosting their global competitiveness. He has so far not been found wanting.

On assumption of office, Salim had pledged to reduce the notorious red tapes that often hinder progress in the manufacturing sector for the purpose of stimulating production of quality products that would ultimately achieve self-sufficiency for the country. He had pledged to promote public safety, ensure strict adherence to high standards in local manufacture of products to make them good for export, and also create the enabling environment for innovation.

He promised to bring to bear on his new job the areas he considers to be his core competencies, namely, organizational restructuring, quality assurance and project management to reposition SON for greater service delivery.

Salim’s scorecard less than one year shows he has begun to deliver on his promises. The last one year has seen a massive crackdown by SON on fake and sub-standard products in the country, forcing merchants of such products to go underground.

From feedbacks by market associations and stakeholders in the different sectors of the economy, there has been a significant improvement in the quality of products being manufactured in the country, especially in steel and cables sub-sectors. Assessment of the quality of steel and cables products has come from dealers and contractors – arguably the most competent people to speak on the issue.

The agency, under Salim, is collaborating with relevant stakeholders within and outside the country to identify and determine how fake and sub-standard products come into the country, with a view to blocking the routes. There is also the need to prevent such products that are produced by unscrupulous local manufacturers from leaving the country, especially against the background of the coming into effect of the African Continental Free Trade Agreement that seeks to promote cross border trade within the continent.

The thinking is that if Nigerian products were found to be low in standards and quality, the country would not able to participate in the free trade arrangement. Once there is a perception of Nigerian products not meeting international standards, no country would accept products coming from the country. Salim has therefore tasked Nigerian manufacturers on the need to ensure their products meet international standards in order to allow for their global competitiveness.

He is determined to change the narrative of Nigerian products being constantly rejected in the international market due to complaints of low standards in terms of quality, packaging or certification. To this end, SON, under him, has improved laboratory services throughout the country, and also equipped them to carry out detection of product defects for the purpose of ensuring quality.

As a way of advancing the effort to encourage manufacture of products that meet the required standards, SON, under the Nigerian National Standardization Strategy, is working to identify 658 standardization projects to be developed before the end of 2023. This is aimed at supporting the Nigeria Industrial Revolution Plan of the federal government, with the ultimate goal of helping to drive the government’s diversification programme.

In realization of the fact that the war against fake and sub-standard products cannot be fought silently, Salim has built a robust relationship with the media, which allows both parties to see themselves as partners in progress. This is because the agency needs the media to report cases of fake products and also help to sensitize the public on the need to avoid patronage of such products.

Looking at the background of the man that is driving standards at SON, it is not difficult to know why he is going about execution of his mandate so effortlessly. His rich pedigree in the pharmaceutical sector speaks volumes about his understanding of what constitutes standards.

Born in Kano, on January 11, 1963, Salim is a clinical pharmacist.  Before his present appointment, he had worked at the Barnes-Jewish Hospital in St. Louis, Missouri, in the United States. He was also a staff pharmacist and allergy specialist, St. Louis, Missouri; clinical pharmacist, Depaul Health Centre, Bridgeton, Missouri; consultant pharmacist at Metro Rph Alton, Illinois, as well as a medical representative for Glaxo Pharmaceuticals in Lagos, Nigeria.

He worked at the Nassarawa Hospital, Kano; Nigerian Air Force Medical Centre, Benin and the Muritala Mohammed Hospital, Kano, upon his return to Nigeria.

Salim is a registered member of the Pharmaceutical Society of Nigeria and the Missouri Pharmacy Board.