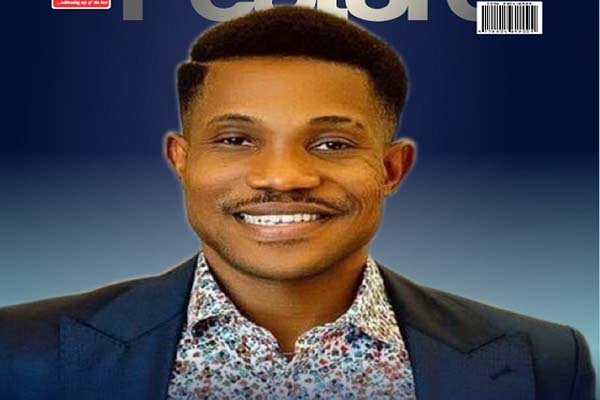 The Pastor’s most often quoted statement is: ‘What God cannot do does not exist.’ This is the simple translation of the Biblical and Orthodox Christian doctrine that portrays God as Almighty. Or Omnipotent. Or All-powerful.

As simple as the statement is, many people still take Pastor Jerry Uchehukwu Eze up on its semantics. The man’s ready-made response is to tell them to go and form their own quote.

For those seeking answers to Pastor Eze’s love for this statement, the answer can be found in his life history and that of his ministry, the Streams of Joy International and his online prayer programme, the New Season Prophetic Prayers and Declarations (NSPPD) as well as what God has done for individuals and humanity through him. Those who understand the incredible ways God transformed his life and ministry and the miracles channeled through them would definitely understand that what God cannot do doesn’t exist.

From an obscure village boy, Eze, now 39, has grown to the zenith of pastoralism in Nigeria, commanding an incredible international audience of worshipers, miracle seekers and admirers and attaining the status of a celebrity. In just over a decade, his ministry has attracted followership at a rate that could make the existing leaders and lords of the Vineyard, at least in Nigeria, green with envy.

When asked in a recent interview about the comparative impact of NSPPD, the online prayer programme and SOJ, the regular church service, he gave out the membership of worldwide audience. “If you check the views on all our platforms at the end of 24 hours, it is over one million persons. Are you kidding me? Over one million views. It is the largest online prayer platform; one million people come for prayers… That’s incredible, to say the least.”

Pastor Eze’s growing followership and popularity are getting the world curious about him and his ministry. Leading international media organizations like BBC, CNN, Al Jazeera, etc, have sought and still seek to feature him. Eze said: “All over Nigeria and all over the world, people are asking where he came from. I wasn’t made in a day; there were solid years when (God) was cooking me behind the scene; nobody knew about it.”

Pastor Jerry Eze was born on August 22, 1982, in Bende Local Government Area of Abia state. He attended Ibeku High School, Umuahia, and later proceeded to Abia State University where he obtained a degree in History and International Relations. Jerry has an M.Sc in Human Resource Management.

Pastor Eze was brought up by an indigent single mother who instilled Godly virtues in him. “My first introduction to God was my mom saying I was going to be a voice in my generation; that I was going to serve God. That was how I grew up and continued in my journey with God,” he recalls.  “That was how our journey started. Maybe, I would just say that poverty was one of the factors that made us seek the Lord because there was nothing else to hope on than to just cling to God. And the rest is history; that’s my journey to where I am right now.” He explained that God used his background to ‘arrest’ him. “It was the apparent (material) lack that we faced that broke me down.  Away from that, loving God and being into God come from my background when you know that nothing else mattered except God.”

When he found himself in God’s ‘custody,’ Eze only wanted to be a paster and nothing more. He never thought of being someone God would use for revelations (prophecy) or miracles. Eze explains: “I just wanted to be a pastor who teaches the word of God and all that but God just moved me out of my comfort zone,” According to him, for over the past 13 years, there has been no night that he slept all through the night. It was during the period that God gave him the gifts of prophecy and miracles. “Nobody interfaces with God at such a depth and he would come out and heavens would not load him with revelations for people. For me, it is not a display of gift; it’s a pathway to solving someone’s problem. And I said to God, ‘If this is what you are going to do, you’re giving me this in order to touch lives; once it is people, I’m ready to do anything for God.’ So, I don’t know how it happens and I don’t prepare for it.”

Pastor Eze’s experience during the years God ‘cooked’ and transformed him also got him disconnected from normal life. “It took everything from me; it took my life. I don’t have a life anymore. I spend my days praying in seclusion. I don’t have friends anymore, just a few people around me. I am in that space where the Holy Spirit has interrupted my itinerary. I am in that space where I’m constantly mandated to do things of the spirit that are not normal. I am every day burdened with the burdens of people. I’m in that place where I have poured out my life like a libation, so it’s taken everything from me. It’s taken luxury, pleasure and I say to people. I’m not a normal human being.”

Pastor Eze’s church, Streams of Joy International fondly called Streams of Joy (SOJ), a Pentecostal and charismatic ministry, is located at KM 4 Ikot-Ekpene Road, Umuahia, Abia State. The church which started in 2008 as a fellowship with only seven members operated until December 15, 2013, when the first church service was conducted after the completion and inauguration of its state-of-the-art facility that serves as its headquarters at Umuahia. Since then, it has grown in leaps and bounds with thousands of members within and outside Nigeria and branches at Houston-USA, Nottingham-Uk, Abuja, Owerri, Aba and Old Umuahia (Satellite Church). He presently operates and runs the church from a temporary base in Abuja.

For most of 2020, the world, including Nigeria, groaned in physical, economic and social pains occasioned by coronavirus pandemic, otherwise called, Covid-19. But that was the instrument God used to transform the fortunes of SOJ.  The COVID-19-induced lockdown gave birth to NSPPD which catapulted the membership of the Church from about 5,000 worshipers on Sundays to over a million worshipers daily now.

This was what happened: During the COVID-19 lockdown, Eze called a few of his church members and told them that there was a need to strategize on what to do differently and they said they couldn’t come because of COVID-19. So, he said, ‘Oh my goodness, so this is really bad.’ At that point, he became angry and said, ‘How can the devil triumph over us?’ Then, he said to his wife, ‘Let us go online and be sharing the word of God and encouraging people.’  At the time, he had just concluded the Psalm 91 series, so he suggested to his wife that they should go online with the Psalm 91 to use it to encourage others. That was the beginning of NSPPD. Eze explains: “It wasn’t like God told me to use the platform; it was all in the programme of God. By the time we started, we discovered that people who had COVID-19 were healed. So, we started taking time to pray for those who had COVID-19, then other miracles began to happen in quick successions.”

The programme was an instant hit.  According to Pastor Eze: “People carry their devices around wherever they are. They are praying in the car going everywhere. It’s a revival, and the good thing is that it is beyond denomination… People are getting in and they are getting evidence. People are seeing God and saying, ‘Thank you for making us trust God again; I stopped going to church; I stopped believing in God because I felt I would pray and it’s not real.’ So, they feel like a revival is happening again.”

One noticeable feature of Pastor Eze when he preaches in church or social media is his aggression. What informed this violent method? Eze: “My aggression comes from the mere fact that I’m angry with the devil because God is not the doer of all these things. The Bible says God cannot be tempted with evil, so he is not the one causing the people this pain; He is not the one causing this level of shame. It, first of all, comes to me as pain that generally translates to anger.” But in spite of his aggressive disposition, Pastor Eze, unlike his colleagues in that mode, does not believe in venting their anger against government. “There are days and seasons when you might have to be very vocal but not confrontational. We are not anti-government but we are going to say this is not right. We can be vocal without necessarily being extremely confrontational,” he said.

Pastor Eze believes that most of human problems derive their roots from the spiritual realm. According to him, “people think that what they need is support and you give them support. If they are dealing with spiritual problems, the support you give them would go down the drain. First of all, we must find God – ‘Seek ye first the kingdom of God and its righteousness.’ Anybody who says, ‘My problem is not spiritual,’ is misguided. Your problem basically is finding God and finding a rhythm with God. From there, any other thing can happen.”

But that is not to say that Pastor Eze does not believe in giving material support to the needy. “As a ministry, we have built a house for a widow, we pay bills; we are constantly trying to do things to better the lives of people around us. It’s a part of our ministry.”

As should be expected of people in his category, Pastor Eze found his wife as an undergraduate in the course of his service to God. He recounts: “I had gone to a fellowship to preach and while I was about to preach, they were introducing the executive committee of the fellowship and they called my wife’s name and a voice just told me, ‘That’s your wife.’ So, I looked at where she was. I asked someone who is a member of my church about her and that was how I found love or love found me. I told her, ‘I want to marry you.’ I didn’t woo her or ask her out. That was how primitive I was in such things.” That union has been blessed with a daughter, Samara, and a son, Jerry.