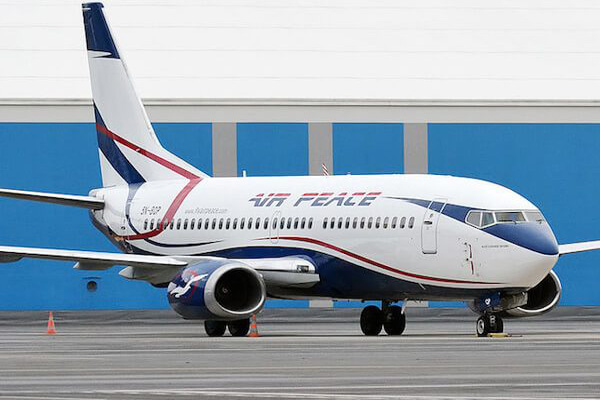 West and Central Africa’s largest carrier, Air Peace, is set to resume Makurdi flight operations from Lagos and Abuja on December 17, 2021. This is as the airline has also deployed the brand new Embraer 195-E2 aircraft for the Calabar route and the luxury wide-body Boeing 777 aircraft for Enugu flights.

In a news release to journalists, the Spokesperson of Air Peace, Stanley Olisa, who revealed that the Makurdi route would be operated on Mondays, Wednesdays and Fridays, stated that it was the airline’s promise to seamlessly interconnect every part of the country through the provision of best-in-class flight services.

Olisa disclosed that flyers on the Calabar route can now experience the brand new Embraer 195-E2 aircraft which have been deployed on the route, offering more seat availability. Similarly, he added that to meet the growing travel demand this Yuletide season, the airline, on December 17, 2021, will be deploying its Boeing 777 on the Enugu route.

He restated the commitment of the airline to giving its passengers world-class flight experience, while adding “we will continue to modernise our fleet and strategically expand our route network to ease the burden of air travel for Nigerians”.