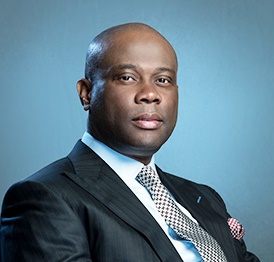 Herbert Wigwe, group managing director/CEO of Access Bank Plc and his team have molded a bank big enough to rule a 130-year old industry. The team is yet tenaciously shaping the giant bank with the details of a master craftsman to become the world’s most respected African bank.

With a closing balance sheet size in excess of N7 trillion in 2019, the biggest banking institution in Nigeria is a creation of big thinkers and big actors that constitute the management team of Access Bank.

Well before the acquisition of Diamond Bank in 2018, the Wigwe-led Access Bank has maintained an industry leading growth in the size of the balance sheet. In a space of three years to 2018, the size of the bank’s balance sheet nearly doubled at roughly N5 trillion. A double digit growth in asset volume has been maintained without a break since 2014, accelerating for the second year to an exceptional record of 44 percent in 2019.

Access Bank is a typical example of an institution led by able people with a focus on great accomplishments that make a difference in the industry and society. Human resource quality is the greatest asset of a service organisation like banking and the ability to organise men and materials to the point of ruling an industry is the hallmark of a good management team. Such is the executive capacity of Wigwe and his team that are in command at Access Bank.

The acquisition of Diamond Bank was a strategic intent to add new strengths in critical areas and to optimise the operating momentum that was already in force. The target was realised and the bank has emerged a carrier of the largest earning assets in the Nigerian banking space as well as the biggest revenue earner.

The merger was a combination of established strengths of Diamond Bank in retail business and Access Bank’s market advantage in the credit market. This powered the bank to ascend to the position of the largest single depository with customer deposits in excess of N5.4 trillion at the end of 2019. This is a high jump of 53 percent from N3.5 trillion customer deposits at the end of 2018.  The mix of liabilities has diluted cost of funds, improved margins and enhanced profit capacity.

Access Bank had emerged the biggest credit provider in the Nigerian banking well before its acquisition of Diamond Bank. The bank’s pre-merger leadership in credit volume has been strengthened further. It closed the 2019 operations with total loans and advances in excess of N3 trillion – an industry leading expansion mark of 43.5 percent for the year.

With the expansion of earning assets, the bank has built the biggest revenue generating capacity in the Nigeria’s banking space. Gross earnings grew by 26 percent at the end of 2019 to N667 billion, the biggest revenue volume in the industry for the year.

Cost moderation is one of the key strengths that the bank’s management team has added in the post-merger trading. The relatively high speed growth in interest expenses experienced in the preceding two years moderated in 2019, slashing the proportion of interest earnings devoted to cost funds.

Compared to an increase of 41 percent in interest income to about N537 billion at the end of last year, interest expenses grew by 25 percent to about N260 billion during the year. That is well below the 66 percent advance in customer deposits – indicating a sharp reduction in the average cost of funds for the bank.

Wigwe’s corporate financial engineering paid off in the year in a sense that beat competitors hands down. Access bank dwarfed the rest of the operators on its towering growth of 60 percent in net interest income. This is a big score for the bank’s management team amidst a generally decelerating net interest income in the banking industry.

This is a strategic response by the bank’s management team after net interest income slowed down rapidly for the second year in 2018. In those two years, interest expenses grew well ahead of interest income, meaning that the core banking business could not contribute meaningfully to profit improvement.

Wigwe’s team of big thinkers went into the strategy room and came out with a plan that rebalanced the bank’s liabilities structure and diluted the cost per naira of deposits. That altered the cost-income relationship in 2019 when interest income grew more than twice as fast as interest expenses.

The big cost saving that came from interest expenses enabled the bank’s management to counter rising loan impairment expenses last year. Despite an increase of nearly 38 percent in loan loss expenses to over N20 billion in the year, the bank was still able to achieve a 62 percent leap in net interest income after loan impairment charges in 2019.

This margin of positive growth enabled management to defend profit in the year against rising loan impairment expenses and merger-induced high growth in operating expenses. Wigwe and his team ended the 2019 financial year with a net profit of almost N97 billion. It was a bigger pie for shareholders for the year, as cash dividend improved from 50 kobo per share in the previous year to 65 kobo per share.

Another area of strength for Access Bank is in terms of the equity cushion that supports the expanded operating capacity. The largest bank in the banking industry also runs on one of the biggest equity resources put together in the banking business here.

Equity base grew by 24 percent to over N610 billion at the end of 2019. This is one of the top three largest equity resources in the Nigerian banking industry, offering a big margin of safety to depositors and other stakeholders in the bank.

Wigwe heads a team of highly talented, top ranking bankers that constitute the game changing strategists that govern Access Bank. He took over the headship of Access Bank in January 2014 with a mandate to execute the next chapter of the bank’s transformation. With a versatile understanding of corporate strategy, technology and marketplace positioning, he is at the dream fulfilling stage of the bank.

He shared the big dream of placing Access Bank among the top five largest banks in Nigeria. He has been on ground to translate the big dream into reality. He received the baton for the last lap of the race to deliver the mandate and has run beyond the top five target to stand the bank at number one.

He spent over 10 years at Guaranty Trust Bank and left as an executive director to co-lead the transformation of Access Bank in March 2002. He is an alumnus of Harvard Business School Executive Management Programme.

He commands a first line team of five executive directors that oversee the broad divisions of the bank’s operations.

Mr. Roosevelt Ogbonna is group deputy managing director of Access Bank Plc. Prior to his appointment, he was executive director, wholesale banking division. He has over 20 years of experience in banking cutting across treasury, commercial, corporate and investment banking.

Ogbonna is a fellow of the Institute of Chartered Accountants of Nigeria, a senior executive fellow of Harvard Kennedy School and an alumnus of Harvard Business School.

In 2015, he was selected as one of the Institute of International Finance (IIF) Future Global Leaders. He sits on the board of a number of institutions, including Access Bank (Zambia) Ltd, Africa Finance Corporation and Central Securities Clearing System Plc.

Mr. Victor Etuokwu is executive director at Access Bank in charge of personal banking division of the bank and has held the position since January 2012. He joined Access Bank in July 2003 from Citibank Nigeria and has over two decades of banking experience cutting across operations, information technology and business development.

He holds a Bachelor of Science degree from the University of Ibadan and a Masters of Business Administration from the University of Benin. Mr. Etuokwu is a Senior Honorary member of the Chartered Institute of Bankers of Nigeria and a member of Institute of Directors. He is a director of E-Tranzact Plc, Nigeria Inter-Bank Settlement System Plc and Unified Payments Systems Plc.

Jobome is a thorough bred banking professional with excellent academic pedigree. He obtained a first class degree in economics from the University of Maiduguri in 1986 and a distinction in Master of Business Administration from Obafemi Awolowo University in 1990.

He also obtained a Master of Science Degree (1994) and a Doctorate Degree (2002) both in Economics and Finance from Loughborough University, UK.

He is a highly sought after resource person and has held several key industry leadership positions including director, CRC Credit Bureau Ltd, president, Risk Management Association of Nigeria between 2012 and 2015 and member, Working Group on Regulatory Reforms of the Institute of International Finance. He is a member, Capacity Building Committee, Chartered Institute of Bankers of Nigeria, Board of Trustees, Risk Managers Association of Nigeria and

She joined Access Bank in 2003 from Guaranty Trust Bank where she was relationship manager, public sector. She has over two decades banking experience covering transactions services, public sector, commercial banking and corporate finance.

Ambursa holds a B.Sc. in political science from University of Jos and also an M.A in law and diplomacy from the same University. She subsequently attended Massachusetts Institute of Technology (‘MIT’) where she bagged an MBA in 2009. She has attended several executive management programmes in leading institutions, including Harvard Business School and MIT.

Ambursa is a thorough bred banking professional with outstanding record of achievements.

Mr. AdeoluBajomo is executive director, information technology and operations at Access Bank and has held the position since January 2018. He has over three decades of work experience with a track record of delivery and leadership in the global financial services sector that cuts across banking, capital markets, asset management and insurance.

Before joining Access Bank, he was the executive director, market operations and technology at the Nigerian Stock Exchange where he led the digitization of services and establishment of a robust trading platform. He also steered an ancillary ecosystem to drive new products development, automation, enhanced regulation, market data and liquidity.

He brings to Access Bank unique banking and versatile board room experience from global leading institutions. He takes the position of driving the bank’s digital and retail banking aspirations in the quest to become the world’s most respected African bank.

Bajomo also held several leadership roles in leading financial services organisations, including Barclays Bank Plc, UK where he was regional head of transformation programme. He was also head of IT strategy and systems at Pearl Insurance Group, UK and IT director at Fortis Bank, UK.

He holds an MBA from CASS Business School, M.Sc. information systems engineering from South Bank University, London and a B.Sc. in civil engineering from the University of Ife. He is a chartered member of British Computer Society and a member of Institute of Directors.

She held various top management positions at Diamond Bank as head of business development, head of corporate banking, divisional head of institutional banking as well as regional manager.Okoli is an accomplished banker, who rose in ranks from executive trainee in Diamond Bank in 1992 to become executive director in 2016.

She graduated from the University of Benin with a degree in Law in 1989. She attended the Nigerian Law School and holds an MBA from Warwick Business School, the United Kingdom. She took the Advanced Management Programme (AMP) of the Wharton Executive Education, University of Pennsylvania and also attended the Senior Management Programme (SMP 27) of Lagos Business School. 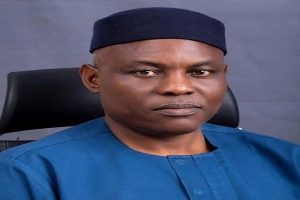 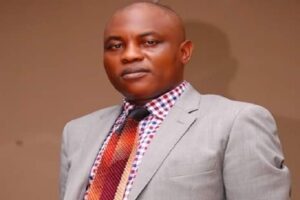 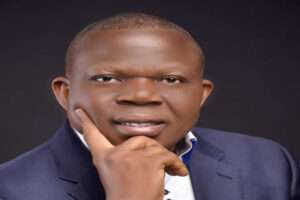