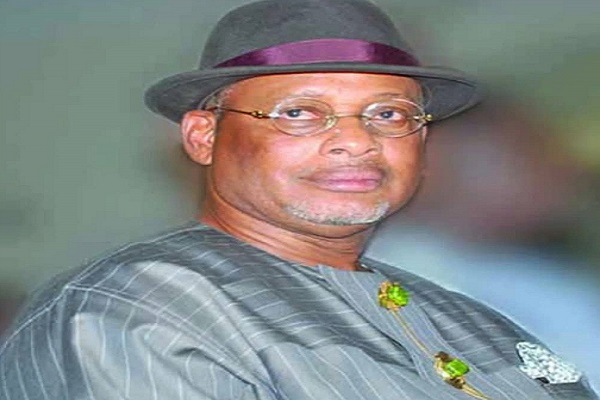 Did he not see it coming? I’d be surprised if Celestine Omehia, “former governor” of Rivers State, failed to see his near annihilation by Governor Nyesom Wike, in which case what happened last week took him unawares. If, indeed, he did not foresee the calamity before it befell him, then he must be a very poor student of the cloak and dagger brand of politics that is practiced in this part of the world.

How could Omehia, a lawyer, not know that by biting the finger that fed him, the person with the finger would not only pull it out of his mouth, but might do it in such a manner as to prevent food of any kind from entering that mouth, at least not any time soon? I do not know what is more disturbing to the man who must have watched in disbelief and distress on national television as his photograph was brought down from the wall, from among those of former governors of his state by the same man who hung it there – losing a lifelong source of income or having to refund, within seven days, what he has illegally collected in the last seven years.

What makes the case of the “governor” whose tenure cannot be found in any record in Rivers State, perhaps from a purely human point of view, enough to evoke some pity, is that he cannot challenge the action of the state house of assembly in a law court. That would amount to personally reporting the illegality he and his erstwhile benefactor had perpetrated in the state to the legal authorities. I have no idea what his prayer would be.

Wike, a lawyer who is quite conversant with the law, had ignored the ruling of the Supreme Court – the highest court in the land – which had declared that Omehia was never the governor of the state and that, for five months, he had been a usurper illegally holding the office that was rightly meant for Rotimi Amaechi. But for either of two reasons – putting food in the mouth of the impostor or spiting his predecessor (as some people said) who had by then become his foe – Wike railroaded the state house of assembly into passing an illegal resolution recognizing him as a former governor who was entitled to all the benefits that are given to his “colleagues”.

In a country where laws are kept in the breach by those who should enforce them, Omehia quietly enjoyed benefits he knew he did not deserve – at tax payers’ expense. Now, the chickens have home to roost, and for the “former governor”, that is the way the cookie crumbles. He must be praying this is a nightmare from which he would wake up.

Omehia began to dig his own grave the day he aligned with the Peoples Democratic Party presidential candidate, Atiku Abubakar, in the current fight for the soul of the party involving the former vice president and Iyorchia Ayu, the party chairman on one side, and the Rivers State governor, on the other. Sources say he not only identified with Atiku, but openly took on Wike, saying things to the effect that he is not the first governor of the state, and would not be the last, and can therefore not lead other stakeholders of the party in the state by the nose. It is strange he failed to estimate the extent to which a wounded lion could go to attack anything in sight.

I learnt on good authority that while other party leaders in the state who had shown signs of distancing themselves from Wike, but who quickly realized the risk their businesses faced (especially after some began to lose their sources of income in what seemed like a rage which manifested in destruction of businesses, including petrol stations) and scurried to London to mend fences with the man who is next to God with the power of life death, Omehia refused to toe that line.

It is difficult to hazard a guess as to whether he cared more about a potential ministerial position in an Atiku administration, forgetting that a bed at hand was more than 10 in the bush, in that circumstance. A position in Atiku’s administration is a dream that may not come to pass. Wike was already providing him food that was to last a lifetime (except another administration came to stop the illegality), albeit unlawfully.

From what I hear, his woes may not be over, just yet. There are speculations that the chairman of his Ikwere Local Government Council, a Wike boy, may move against him by sealing his private school on the allegation that setting up of the school did not follow the proper procedure.

What has emerged from the fate that has befallen Omehia is but a glimpse into how Nigeria is being run. It shows how the resources of this country are being plundered by those in power, and their cronies. This is a matter that should interest the Economic and Financial Crimes Commission. It shouldn’t be only about Omehia who, for seven years, collected monies illegally, but the house of assembly members who passed the infamous resolution in 2015, as well as the governor who signed an illegal law to put in place that malpractice.

Wike will lose his immunity in the afternoon of May 29, 2023. He and the lawbreakers who encouraged the plundering of the resources of Rivers State for seven years should be made to account for their misdeeds.

Ukpaukure, a media/publicity consultant and writer, lives in Lagos.
hanielu@yahoo.com