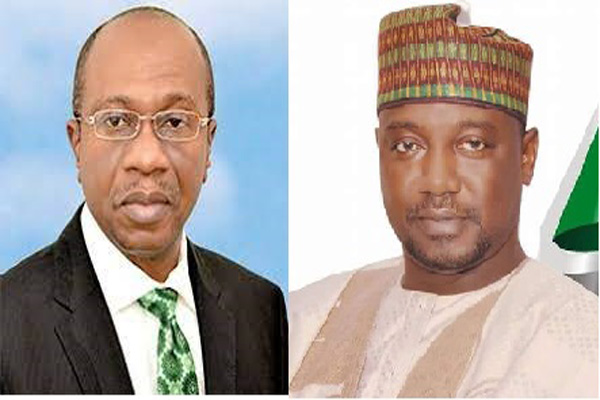 The Niger State Government, Central Bank of Nigeria (CBN) and other stakeholders have have expressed readiness to partner with Tatsuniyya Cartoon series for the promotion of investment in the culture sector in Nigeria’s quest for economic diversification.

They made the pledge at a Business Dinner with the theme: “Audacious -the African Project” which featured the unveiling of the Tatsuniyya, a cartoon series about the African culture in Abuja.

Niger State Governor, Abubakar Bello said, with the rising uncertainties in the oil sector, culture is another viable sector that the country can tap into for alternative source of revenue.

Bello who was represented at the event by the Commissioner for Information and Strategy, Muhammad Idris assured the visioner of Tatsuniyya, Khadijah Abdullahi-Iya of the support and partnership of the State Government to realise her vision for the promotion of indigenous culture and economy.

In his remarks, a Deputy Governor of CBN, who was also the Keynote Speaker, Mr. Edward Adamu said the project was a viable one which would not only preserve the Nigerian cultural values but add economic value to the country and pledged the support of the apex Bank to the initiative and called on others to do same.

“This occasion is a time for transformation not only in the lives of our children our society, our community our country, but I believe indeed the African continent and the world and so I feel delighted to be here and to be part of this process.”

“We have been on this for a while with my sister. She’s been providing me information right from the beginning and she sent me the business plan, I went through and what caught my attention was the business statement “being audacious in protecting the future of our children.”

“I don’t have anybody else who has done what you have done around me and I commit to be with you on this project to the end by the grace of God. It’s all about culture for me. Cultures that were very alien to us have come into our communities for our children, for our families and they have virtually transformed the lives of children and that is very concerning and bothering to me as a person and what we’re seeing today is an attempt to reverse them”, he said.

On his part, Ibrahim Aliyu, Chief Financial Officer, Pirrotti Company said the African Cartoon series is an investment opportunity that is very interesting and called on ALL investors to key into the project.

In her presentation, the initiator who is also the Publisher of Search Inwards Magazine, Khadijah Abdullahi-Iya said the Tatsuniyya App is under development and the vision is to have atleast 4-5 hours content before uploading it on the APP formally, she said that they are targeting atleast two million mothers who are charged a meagre N1000 when they download. For the first year after formal launch into the Market next year.

“I found out that before Covid-19, we have over 73 million active users of the internet in Nigeria alone, now we have over 103 million people actively on the internet daily and we thought that the best way to revive our values and tell our stories is to explore the strategies the white people have been using for so long to make us think less of ourselves, thus the creation of this project called the “Tatsuniyya Network”

“We targeted two million mothers because we know that mothers these days, especially our young mothers don’t have time for the children so what they do is they just give them their phones or tablets and tell them to be watching so that they don’t disturb them. So the first thing is to create nutritious content that can teach the children rather than content that will feed them with what isn’t healthy for their minds.”

“The next thing we discovered was, we found out that the project possesses a lot more value than we anticipated. We can actually create games with the contents derived and we can try to use those games to also configure the minds of our children so that they can do the right thing instead of always the violent type of contents and depraving contents that are scattered all over the internet.

“We can also create digital comic is another value created in this chain. All of these things we came to discover as yhe journey continued and the idea kept going and expanding and that is why we are here today.

Everything you see today is the first attempt don’t expect to see disney already, we are a work in progress.”

” Our plan is to continue to create enough content so that by next year, In Sha’a Allah the Tatsuniyya app will be properly launched on the Net. So today, I know that a tree that was not planted 10 years ago the best time to plant it is Now! The journey has started today and we would continue the journey with everyones support”, she stated.