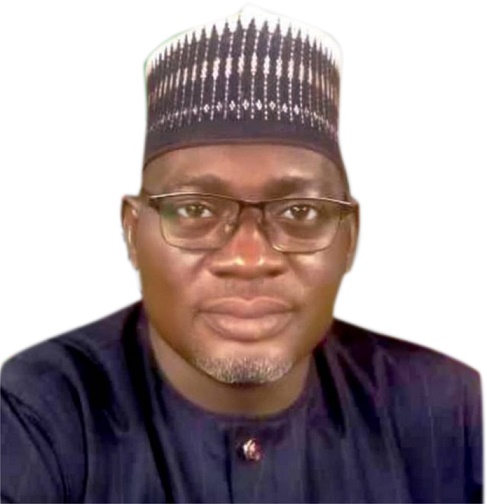 Nigeria’s precarious financial situation has brought about a compelling need to widen the country’s tax net in the effort to increase national revenue from that source. Muhammad Nami has since assumed office as chairman and chief executive officer of the Federal Inland Revenue Service with a promise to do things different in order to achieve a different result. Just about one month in office, he has shown signs that will be able to think outside the box to make a difference.

Muhammad Nami assumed office as Executive Chairman of the Federal Inland Revenue Service (FIRS) exuding the confidence of a man who knows his onions. Shortly after he assumed duties on December 19, 2019, he did what might be considered the unconventional, even if it pointed to the direction of his administration.

Nami used the occasion of his first meeting with the staff of the agency to express concern over what he considered the dwindling fortunes of FIRS under his predecessor, Babatunde Fowler.

“Despite the rise in service workforce, the engagement of consultants, the rise in inflation and the exchange rate, the tax revenue collection of the FIRS continues to dwindle”, Nami was quoted as saying, while accusing the man he succeeded of “failure to maintain the impressive performance the agency recorded since 2011”. He singled out the 2012 record of FIRS as the benchmark year for outstanding performance.

said that much. “I want to assure you that I shall endeavor to make a difference and improve on what we currently have in operation”, he told the staff of the agency.

The new FIRS helmsman left no one in doubt about his preparedness for his new job with the strategies he outlined, which would guide him in the performance of his duties. “This task, as enormous as it is, requires masterstroke, resilience in policy implementation and foresight to evolve novel ideas”, he said, on assumption of office. “I shall spare no effort to summon the courage to actualize this task. Most times, success is borne out of the will to endure hardship such as tax drive entails”.

As a practical demonstration of his readiness to walk his talk, Nami, in the second week of January, 2020, carried out a massive shakeup of FIRS to reposition it for the task ahead. In one fell swoop, he redeployed about 50 directors, assistant directors and more than 100 staff in an exercise that has no precedence in the agency. The aim is to enable FIRS to shape up for his ambitious revenue target of N8.5 trillion for 2020.

He put the staff on cue for greater performance in view of the high expectations of the federal government against the background of the challenges the country is facing. “At this point, I want to enlist the support and cooperation of all staff in the task of lifting the economy of this country out of its present position”, Nami told the staff of the agency. He assured of adequate reward for hard work, as well. In other words, it’s not going to be all about work, work and work. There’ll be reward for hard work. “I want you to be rest assured that respite has come especially to the deserving hardworking and professionally competent members of staff”.

There couldn’t have been a more auspicious time for Nami’s coming. The country’s chief tax man’s appointment comes at a time the federal government is nearly at its wits end on how to find the resources to fund even a routine ritual like the annual budget.

The country’s dwindling resources have forced the government to see borrowing (mostly outside the country) as perhaps the only veritable source for funding of developmental projects, especially in areas that are capital intensive, like infrastructure. It is a situation that has compelled the government to tinker with existing tax laws while looking for new areas that could attract taxes. One of such tinkering is the increase in value added tax (VAT), from five per cent to 7.5 per cent, which took effect from January 15, 2020.

In accepting to lead the charge for ways to increase the country’s revenue profile, Nami knows what is at stake.  “As I assume the mantle of leadership of this reputable organization, I want to say that I am very much aware of the enormity of the responsibility entrusted to me by fate and those who have confidence in my capacity to discharge it”, he said.

His responsibility is made all the more enormous by the huge challenge he inadvertently gave himself when he criticized the performance of his predecessor. He must prove that he is better. He will need to go the extra mile to ensure he not only outperforms his predecessor, but also meets the 2012 benchmark performance of FIRS, or even surpass it. With his pedigree, such may not be a pipe dream.

Nami is a well-trained and experienced tax, accounting and management professional with more than three decades of rendering professional advisory services to investors in the areas of new business start-ups and management of existing businesses. He also rendered outsourced services in trading, service and manufacturing.

He started his career with PFK in 1993, rising to the position of senior consultant in charge of tax management and advisory services. Before his new appointment, Nami was the managing consultant of Manam Professional Services (Chartered Tax Practitioners and Business Advisers), with offices in Abuja, Kaduna and Niger states.

Nami has served on the boards of many companies, including statutory board audit committees. His current appointment is not his first for the federal government. In November, 2017, President Muhammadu Buhari appointed him a member of the Presidential Committee on Audit of Recovered Stolen Assets.

All eyes are on him as the man at the control panel of one of Nigeria’s revenue life wires, after the Nigerian National Petroleum Corporation and the Nigerian Customs Service.