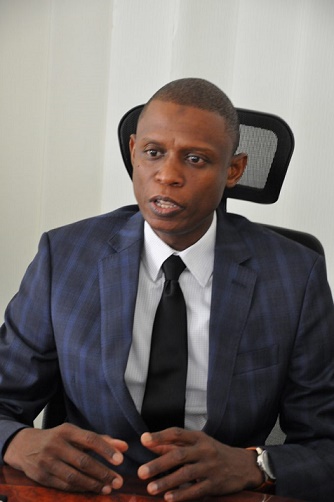 He speaks with an American accent you could easily pass him for an African-American. But he is a Nigerian. He acquired his American accent from many years of not just living in God’ Own Country, but also occupying a strategic position in a key sector of the American economy – auto manufacturing.

Jelani Aliyu is the Nigerian automobile genius who designed the Chevrolet Volt, the car that has been described as a modern day revolutionary vehicle that would change the world, from the stable of General Motors (GM), America’s auto giant. He was, for many years, one of Nigeria’s best exports to the world and concrete proof that something good can, indeed, come out of Nazareth.

The most outstanding comment about Aliyu is perhaps not just his exploits in the United States where he held the strategically important position of Lead Exterior Designer at GM, but the fact that he left his comfort zone where he had everything going for him, including international fame, to return to his country of birth to see how he could help build an auto industry. This must be viewed against the background of the fact that in the United States, indeed, in many developed countries of the world, there are thousands of Nigerian professionals who are making their marks in different fields and actually helping to build those societies. If you describe his decision to return to the harsh and unattractive Nigerian economic climate despite the better working environment and far better economic rewards from his job at GM as the best example of patriotism, you won’t be wrong. He is one of the few who believe that getting involved in endeavors isn’t just about economic rewards or benefits. There is a service angle to every enterprise.

Aliyu is the director general of the Nigerian Automotive Design and Development Council (NADDC), the parastatal in the Ministry of Industries, Trade and Investment with responsibility to implement developmental policies for the country’s auto industry that is still at its embryonic state. He has the responsibility to stimulate the growth and effective functioning of Nigeria’s auto industry and bring it at par with those in developed economies for the twin objective of turning the country into an auto manufacturing country and significantly reducing car importation into the country. It is part of the Buhari administration’s efforts to diversify the economy.

For many others, the task of turning a wholly car importing country into a manufacturer and exporter would have been too daunting to be accepted, especially when it is considered that others had occupied the position in the past with no visible success, but not a man with Aliyu’s pedigree in the industry in the world’s biggest economy. If he could take up and successfully implement the task of designing a car that broke available records for an internationally famous brand like GM, then there was nothing he could not do, as far as the auto industry in Nigeria was concerned.

With barely one year in office, Aliyu has shown readiness to live up to his billing. He has begun to put in place policies that are certain to bring the desired change to the country’s automobile industry. The most remarkable so far is the signing of a Memorandum of Understanding (MoU) with Volkswagen AG of Germany for the manufacture of 13 brands of the global auto maker in Nigeria. Full production of Volkswagen cars will soon commence in the country, the first step towards turning the country into the motor vehicles hub for the West African sub-region. The move is anchored on the belief by the German auto maker that Nigeria has the potential to be the automobile powerhouse of the sub-region.

With the prospect of manufacturing as many as 13 different makes of one automobile brand in Nigeria, in addition to other brands that have been on sale before now, the probability is quite high that the country would be literally swamped by cars. But this does not in any way suggest that cars would be at the reach of every Nigerian.

Aliyu recognizes this fact. That is why he is already thinking about putting in place a financing scheme that would make cars more affordable to the greatest number of Nigerians. He is currently working to launch an auto financing fund that would enable more Nigerians to own brand new cars, while organizations would be able to change their fleets with ease. A very meticulous man with attention to details, he is also putting in place and arrangement that would allow for easily manageable logistics that would involve the ports authorities and the Nigerian Customs Service for easy and unencumbered movement of vehicle parts to the plants.

He is doing all these in an effort to give practical expression to his belief that the only way to grow Nigeria’s auto industry is to drastically reduce importation. And reduction of imports cannot be achieved if prices of locally produced cars are not affordable. He dreams of a Nigeria where importation of fairly used cars would be a thing of the past. He wants to midwife an automobile industry that would design vehicles for Nigerians – vehicles that would be an embodiment of the history and culture of the people of the country.

“A Nigerian vehicle that is conceptualized, designed and developed by Nigerians for Nigerians in Nigeria”, he said, shortly on assumption of office. “When I say Nigerian vehicle, I don’t necessarily mean the whole thing, but a vehicle designed specifically for the Nigerian populace. A vehicle in tune with the history, culture, environment and economic structure of the people, and I think we are heading there”.

Aliyu’s entry into and phenomenal success in the automobile world is not happenstance. It is the manifestation of a dream he nurtured from childhood. He showed interest in drawing as a child, influenced by seeing movies like Planet of the Apes and also reading comic books like Beano, Whizzer & Chips, as well as Commando.

After completing his primary education in Sokoto, his home state, in 1978, Aliyu gained admission into Federal Government College, also in Sokoto, and left in 1983 with an award as the best student in Technical Drawing. He went to Ahmadu Bello University, Zaria, for his A ‘Levels, but discontinued, to enroll in Birnin Kebbi Polytechnic, graduating as the best all round student in Architecture.

His quest for more education took him to the College for Creative Studies, Detroit, Michigan, in the United States, where he studied Transportation Design.

Aliyu got snapped up by GM as a design staff upon graduation in 1994, thus beginning a journey that would catapult him to international stardom.

He recalled his childhood fantasy with cars, which would later in life become a reality, in an interview with Daily Trust in 2016: “Growing up, I’ve always loved science fiction and in the movies you’d see a lot of alien spacecraft and other futuristic, imaginative things that would inspire me to look beyond. I also love cars a lot, even though then we didn’t have Ferraris in Sokoto. But we did have magazines in which I saw them and they inspired me, too. So I put together my love for drawing and cars and decided to be a car designer”.

Aliyu’s tasks are quite enormous. He has the responsibility to revive an industry that thrived in the 1970s and early 80s boasting of locally assembled brands like Volkswagen, Leyland and Peugeot, but which went into a coma over many years of neglect leaving only the latter to struggle to meet local demand for cars. He will have to remove all bottlenecks and fast track commencement of local production of cars for about 30 car makers that have obtained licenses to set up shop in Nigeria, in order to reduce dependence on imported cars, which accounted for only 15 per cent of car sales in the country and valued in 2014 at $3.4 billion.

His appointment to his current position is considered timely, against the background of the projection by PricewaterhouseCoopers, which estimates that sales figures for locally manufactured cars in Nigeria could rise to 70 per cent by 2050, depending on variables that include economic growth.