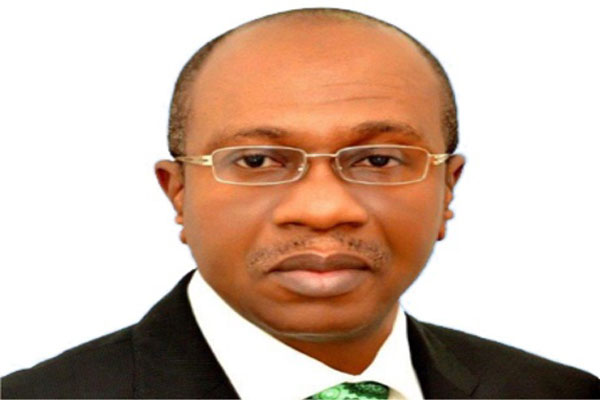 How far can the Bankers Committee go in realising it’s target of $200 billion non-oil export repatriation in the next three to five years?

This is the question stakeholders are asking since Feb. 10, 2022 when Mr Godwin Emefiele, the Governor of Central Bank of Nigeria, announced its ambitious project to lift Nigeria’s non-oil export earnings to $200 billion within five years.

Emefiele said that the project, tagged “Race to $200 billion in FX Repatriation” and code named “The RT200 FX Programme”, would be part of activities of the Bankers Committee to revert some financial losses, particularly from crude oil exports, arising from COVID-19.

“We have all been witnesses to the ever changing fortunes of oil-exporting countries. “Even those that have been reputed to manage their oil proceeds well also suffer from major shocks once oil prices plummet.

“In order to avoid these sudden adjustments to our economic life, we need to focus on strategies that can help us earn more stable and sustainable inflows of foreign exchange.

“After careful consideration of available options and wide consultations with the Banking Community, the CBN, is effectively announcing the Bankers’ Committee’s “RT200 FX Programme” which stands for the “Race to US200 billion in FX Programme.

“The RT200 FX Programme is a set of policies, plans and programmed for non-oil exports that will enable us attain our lofty, yet attainable goal of US200 billion in FX repatriation, exclusively from non-oil exports over the next 3-5 years, ” he said.

But some stakeholders said they doubted the possibility of Bankers Committe achieving this feat within the short time frame given the realities in Nigeria.

According to the Nigeria Bureau of Statistics, non-oil exports receipts averaged $450 million in the last six months up to October 2021, down from “the pre-pandemic monthly run rate of over $700 million”.

So, how will the Bankers Committee bridge the wide gulf between the current monthly average of $450 million and the anticipated $200 billion non-oil export within three to five years?

Dr Muda Yusuf, the Chief Executive of Centre for the Promotion of Private Enterprise, an economic and business advocacy think thank, said that there were some critical factors that were beyond the central bank and the bankers committee in achieving this goal.

“Structural variables are not within the purview of the CBN or the Bankers Committee. The fiscal authorities have bigger roles to play in fixing the structural constraints which have been impeding non-oil exports productivity and competitiveness for decade,” he said.

Mr Johnston Nicol, the President of Shippers Association in Lagos, said that while the CBN and the Bankers Committee had a right to their projection, the achievement of such projection depended on the right environment.

Nicol identified the poor situation in the Nigerian ports as as a major constraint of shippers over the years and particularly in 2021.

Nigeria has six ports, but four are being used by non-oil exporters

He described the Nigerian ports as “full of frustrations and an uncompetitive business environment where export cargoes are delayed for months.”

Nicol recalled a case in 2021 when more than 100 containers of non oil exports were delayed for over four months due to port congestion and all the agricultural products went bad.

An exporter, Mrs Olasumbo Adeleke, said port congestion was inimical to export trade in Nigeria as “it takes days for a container with goods to access the ports and the cost of fast-tracking the goods are high.”

She advised the CBN and the Bankers Committee to collaborate with other stakeholders to address challenges inhibiting export business in Nigeria if they must achieve their goal.

The poor quality of  our primary agricultural products, which constitute the bulk of the non-oil exports, has also been identified as a factor.

Others are sea foods like processed fish, processed frozen shrimps and crabs.

These products are exported raw or at best semi processed. They are often not treated to meet the required standard to enter the international market.

This complaint has persisted over the years and not much has been done to install facilities to process non-oil exports to be acceptable internationally to attract good prices.

Emefiele alluded to this and said that “because we mainly export raw cocoa beans,  Côte d’Ivoire gets US$3.6 billion annually, Ghana generates US$1.9 billion annually and Nigeria gets US$804 million per year from an industry that is worth over US130 billion.

“In contrast to West African countries, Belgium accounted for 11 percent of global chocolate exports in 2019 at a value of US$3.16 billion. SimilarlyGermany’s exports were worth US$5.14 billion in the same year.”

Although some efforts are being made in value addition to the raw produce, some

experts have suggested that Nigeria should re-introduce the primary produce marketing boards as in the colonial days.

These boards supervised their produce from the planting stage to harvesting, prepare and grade them for exports to meet the prescribed international standards.

It was a period of export boom when Nigeria competed favourably in the international market.

Nigeria is still not exporting much of industrial goods because of the demise of our industrial sector.

Many of the industries that should be producing for export are dead, particularly the textile companies. At a period, Nigeria had close to 10 textile industries, but all are dead.

A businessman, Mr Yunus’s Adeola, advised that government should encourage our small and medium-scale industries to be producing for export by taking Advantage of the African Growth and Opportunity Act (AGOA) to enter the U.S. market.

AGOA was enacted by the US in 2000 to allow African textile materials and apparels as well as other products enter the US market on concession, but it is doubtful if Nigeria has really explored this opportunity.

Mr Humphrey Abah, a former Minister of State for Commerce and Industry, said Nigeria had not benefitted from AGOA because of her heavy reliance on crude oil export unlike other African countries.

He said that the ministry had done everything possible to enable Nigerian exporters benefit from the 6,000 products, particularly in the non-oil sector, made available under AGOA trade incentives scheme.

Some Nigerians are canvassing for amendment of the constitution to allow states to tap mineral resources in their so as to diversify the non-oil export base of the nation and make more foreign exchange available in the country.

Dr Kayode Fayemi, a former Minister of Mines and Steel Development and current Governor of Ekiti State, is in the forefront of the campaign.

He has advised that states should make proposal to the National Assembly for constitutional amendment to allow the  states to exploit resources within their domain and pay royalties to the federal government as obtained in the United States.

Section 44(3) of the Nigerian 1999 Constitution vested the power to exploit all mineral resources in the country on the federal government.

Section 1 of the Minerals and Mining Act also placed all the minerals resources in the Nigeria under the care of federal government, which it said, should be held in trust for the benefit of the citizenry.

“Natural Resources In Nigeria”, a publication of the Federal Ministry of Trade and Investment, listed more than 30 mineral resources underground that can be commercially tapped in Nigeria.

The consensus of stakeholders is that the CBN and the Bankers must collaborate with the fiscal authorities to take care of the identified obstacles if they must achieve their objective of $200 billion non-oil repatriation within the next three to five years. (END)