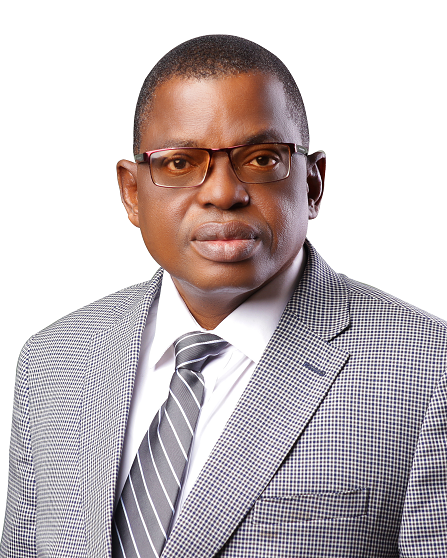 “Whatever affects one directly, affects all indirectly. I can never be what I want to be until you are what you ought to be”. Godwin Ehigiamusoe, founder of Lift Above Poverty Organization (LAPO), has demonstrated in words and action the admonition of the legendary civil rights campaigner, Martin Luther King Jnr.

Ehigiamusoe who retired as Chief Executive Officer of the organization few weeks ago has achieved success in all its ramifications and by every index. But success, to him, means nothing if he cannot help others attain appreciable degrees of success in life. He has ignored his own accomplishments to get bothered about the lives of others, especially the poor and those that do not have access to the means of wealth creation. If you are looking for a man who is his brother’s keeper, then Ehigiamusoe is your man.

As a co-operative officer in the civil service of the then Bendel State, Ehigiamusoe regularly came in contact with different classes of people with varying needs, all of which had to do with the struggle for survival. That was in the late 1980s when the Structural Adjustment Programme of the General Ibrahim Babangida administration left Nigerians more pauperized than it lifted them out of poverty. He decided then that if the effort to improve the living conditions of Nigeria’s poor population was to yield any fruit, there must be private sector involvement.

Ehigiamusoe founded LAPO in 1987 with the objective of helping Nigerians in the lowest rungs of the ladder break the shackles of poverty through access to credit facilities that would enable them to invest in micro, small and medium scale enterprises. This, he reasoned, would not only improve their living standards, but would also enable them to create wealth by becoming employers of labour.

He transformed the organization to a micro finance institution in the 1990s and incorporated into its activities, social development programmes that would touch the lives of the greatest number of people. The programmes include sensitization exercises aimed at reducing gender inequality and social exclusion; health awareness programmes that incorporate reproductive health, child survival, prevention, treatment and care for HIV/AIDS patients, malaria, tuberculosis and other tropical diseases.

LAPO has as its main target the most vulnerable population, namely, rural dwellers who constitute the bulk of the country’s population, especially women and children, as well as the urban poor who have no access to any form of empowerment. The organization provides an array of poverty alleviation programmes that address socio-economic issues such as poverty, ill-health, poor nutrition, low self-esteem, ignorance, social exclusion, gender inequality, etc.

With introduction of the micro finance policy by the Federal Government, LAPO grew to incorporate LAPO Microfinance Bank Limited. The bank was first issued license to operate at the state level. It later got the Federal Government’s nod to operate as a national financial institution, and then progressed to obtain license to operate across Nigeria’s borders, where it is a leader in financing of micro, small and medium enterprises in sub-Saharan Africa. It is the first micro finance bank in the country to attain that status.

Over the years, the organization has established subsidiaries under its wings, namely, Micro-Investment Support Services, which is into micro-leasing business; LAPO Institute, a centre for research and training in micro finance and enterprise development and LAPO Microfinance Company, Sierra Leone.

It is no gainsaying the fact that Dr.Ehigiamusoe has lifted a large number of Nigerians and non-Nigerians out of poverty. The records show this. In 2016 alone, institutions under the LAPO umbrella within and outside the country disbursed loans to a total value of N140.4 billion. In 2018, the total loan disbursements within the group’s system was N147 billion. The group plans to lend out N162 billion this year.

The organization has offered direct employment to 9, 654 Nigerians, with a customer base of over 3 million in 30 states in the country and the Federal Capital Territory.

To say that he has lifted many people out of poverty would therefore be to make an understatement. He has helped thousands of women to break the proverbial glass ceiling, attaining heights they probable never dreamt of. He has brought joy to many homes. Many who were job seekers yesterday are today job providers, courtesy of his favourable disposition towards the admonition of Martin Luther King, Jnr.

In the 32 years it has been in existence, LAPO Microfinance Bank has provided a wide range of financial services to millions of Nigerians in the urban and rural areas. The bank has been instrumental to the formation and growth of hundreds of thousands of small businesses, which have impacted positively on the nation’s economy.

Ehigiamusoe’s positive contributions go beyond lifting individuals out of poverty. He has contributed significantly to the growth of microfinance banking in Nigeria. Before the advent of micro financing banking in the country, small businesses did not have access to institutional credit facilities. It was far easier for a camel to pass through the eye of the needle than for owners of small businesses to access credit from the conventional banks with their very stringent conditions that in most cases are difficult, if not impossible to meet.

The coming of Ehigiamusoe and his LAPO Microfinance Bank changed all that. He made valuable contributions to the formulation of Nigeria’s micro finance policy and regulatory framework that guides operations in the sector. He also contributed to the various initiatives aimed at enhancing capacity development in the sector.

His concern about the growth of the micro finance banking sector stems from his belief that apart from being closer to the people, institutions in this sector apply flexible processes in their operations and are responsive to the peculiar nature of low-income people who operate micro and small enterprises. It is the reason he believes a major intervention that is required to make the sector work is existence of refinancing institutions that can provide micro finance banks with cheap funds from which they can make loans available at much cheaper rates to small businesses.

He sees the Bank of Industry and the Development Bank of Nigeria as trying their best in this regard, but believes dedicated refining institutions are needed to make provision of credit to small businesses easier. This is more so as there is a growing appreciation of the fact that small and medium enterprises hold the key to Nigeria’s economic development, just as it is in the industrialized countries of the world.

Ehigiamusoe understands that economic empowerment must work hand in hand with social inclusion to guarantee overall wellbeing of Nigerians. This informed his decision to institute the annual LAPO Development Forum to address issues that impact on the wellbeing of Nigerians on the lowest rungs of the ladder. The forum has held since 1994 when it was instituted.

This year’s edition of the forum that was held at the National Conference Centre, Abuja, had as its theme, “The Nigerian Healthcare Situation: The Way Forward”. Ehigiamusoe says the relevance of the theme is underscored by his commitment to provision of quality healthcare to vulnerable Nigerians, considering the fact that poor health is a major contributory factor to poverty, material deprivation and social exclusion.

He says for the individual, poor health is a major constraint to the realization of economic potential while, for the country, it constitutes drain on resources. He says this is the reason behind his commitment to improving the quality of healthcare delivery in the country. A practical proof of this commitment was the commissioning of a health facility by LAPO Health in Benin on November 1, this year.

Ehigiamusoe believes the easiest way to eradicate poverty in Nigeria is liberalization of access to financial inclusion through provision of affordable credit for small businesses. He describes Nigerians as exceptionally enterprising and capable of working themselves out of poverty if given the opportunity. He therefore urges the government to focus primarily on provision of support for micro, small and medium enterprises.

Ehigiamusoe holds Bachelor’s and Master’s degrees in the Social Sciences from the University of Benin. Despite his deep involvement in the private sector, he found time to study and obtain a PhD in Policy and Development from Ambrose Alli University, Ekpoma.

He has a string of awards to his credit, courtesy of his commitment to eradication of poverty in Nigeria. In recognition of what he has used LAPO to do in Nigeria and the West African sub-region, the University of Benin awarded Ehigiamusoe a Doctor of Science (Honoris Causa) in 2016.

Other significant awards under his belt are the Model Entrepreneur Award, Nigeria, 2008 and the Schwab Foundation’s Outstanding Entrepreneur for Africa Award in 2010.

In 2006, Ehigiamusoe did something quite outstanding in the annals of awards. He invested the $10, 000 cash that came with the Excellence in Microfinance Award from the Grameen Foundation in the LAPO Scholarship Scheme. The scheme is for brilliant children of LAPO clients and less privileged students. It has been in existence for more than 10 years.

Ehigiamusoe hails from the Ugha community in Uhunmwode Local Government Area of Edo State. He is married with children. 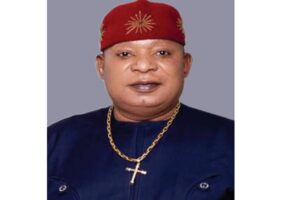 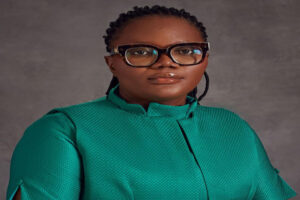 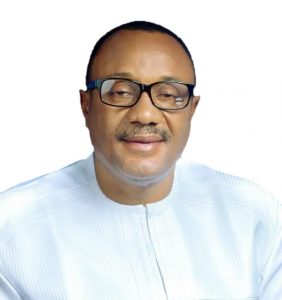