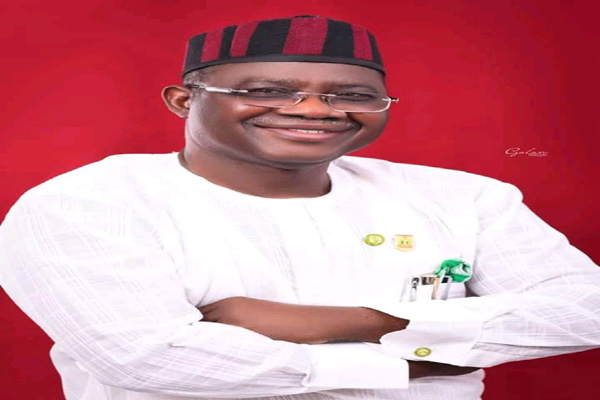 I exercise journalistic licence in casting this headline. I am not unmindful of the sensibilities of religious bigots who would cringe at the notion of reducing God to the status of a human being, an Idoma, or the man next door. Neither do I set out to spoil the day for those in Benue South Senatorial District, a.k.a Zone C, who take exception to being called Idoma. I use the name, Idoma, to cover the people of Benue Zone C, to enable me draw parallels between us, the Idoma, and the biblical people of Israel, who God chose and referred to in the Bible as His own people, within the context of contemporary political evolution of Benue state.

Nothing short of the hand of God would be sufficient explanation for the circumstances surrounding and leading to the monumental success of the Grand Reception in honour of Professor Innocent Ujah, Vice-Chancellor, Federal University of Health Sciences, Otukpo, organised by the Benue Rebirth Movement (BRM) at Abuja International Conference Centre on Thursday, May 6. First, let me give the background to the event, which also featured a Development Appeal Fund launch and presentation of Exemplary Leadership Awards to four distinguished sons of Idoma: Senator David Mark, Senator Abba Moro, Chief Audu Ogbeh and Arch. Sunny Echono.

Benue state was created some 45 years ago and since then eight governorship elections have produced five governors of the state from zones A and B, including Apar Aku, Moses Adasu, George Akume, Gabriel Suswam and, the incumbent, Samuel Ortom. During all this period, nobody from zone C has been considered Benue enough to be its governor. Rather, like the people of Israel in the Bible, they have, literally, been reduced to the status of drawers of water and hewers of stones. They have endured political bondage and have been praying God to liberate them like He rescued Israelites from slavery in Egypt. But all attempts at achieving this, significantly during the build-up to the 2007 election, came to nought, apparently because it was not yet God’s time. Now, that time is here.

Avm Monday Morgan (rtd), National Coordinator of BRM, said at the Reception that God had spoken to the Idoma nation through its children, telling them that the time for them to be Governor of Benue is 2023. It was based on that divine revelation that BRM was formed: to prepare the way for the election of a Benue state Governor in 2023. According to him, those who fail to heed God’s voice on this matter would, like in the time of Noah’s Ark, be left behind when the day of reckoning comes.

The event of May 6 was a key activity in the preparation by the Idoma for 2023. Although Prof. Ujah, the honoree, who was the ‘poster boy’ for the event, the underlying motive was to raise funds to support the sensitization of Benue people to support zone C to produce the state Governor in 2023, an arrangement that was not only understood, but also openly sanctioned by him. The huge success of the event was manifested in the massive turnout of quality guests, the unequivocal solidarity messages that poured forth and generous monetary donations in cash, cheques and pledges. Even members of the Central Planning Committee, headed by Avm Toni Adokwu (rtd), and many guests at the occasion, could hardly believe it was real, considering the hurdles they had to scale before D-day.

One of the challenges was how to fund the high profile event. The other was the security situation in the country: where do you hold such a big event where the expected high profile invited guests would feel safe to attend? Yet another challenge was the fear of covid-19. Apart from convincing expected guests to attend such a massive occasion in an era of the deadly pandemic, there was the problem of securing a befitting venue, spacious enough to accommodate the expected large crowd without compromising covid-19 protocols, especially the one pertaining to social distancing.

But, miraculously – to put it more aptly – with divine intervention, these obstacles that looked like the Red Sea before the Israelites on their way to the Promised Land were easily overcome. The similarity of this to the biblical story of God’s intervention on behalf of the Israelites cannot be lost on followers of events in Nigeria. A few days after the occasion, the Federal Government slammed another round of covid-19 lockdown on the country which includes, among other restrictions, a ban on social and religious gatherings of not more than 50 people. The ‘Red Sea’ which God opened up for the Idoma to cross had closed up back. If the Reception had not taken place by the time it did, it would have been caught up in the lockdown, like many other events that must have been planned across the country. Who says then that God is not an Idoma?

There are a number of issues arising from the successful outing by the BRM. The first is that God’s hand is obviously at work in shaping the direction of the Movement and its objective of ensuring fairness, equity and justice in Benue state through power shift to Zone C in 2023. Nobody or group should, therefore, doubt the possibility of Benue South Senatorial zone producing the state governor in 2023, neither should anyone or group try to play God. For, it is God that gives or takes power, just as He gives and takes life. There is, therefore, no need for anybody or group to be scared or feel intimidated by the challenges that stand on the part to realising BRM’s objectives. That is why pessimism should give way to optimism and positivism. It is also the reason why those who have chickened out to pursue personal ambitions should put the zone’s collective interest above self.

Secondly, the success of the occasion is a clear evidence of the fact that where there is the will, unity of purpose and commitment there is no limit to what can be achieved. With the BRM showing the way, it is expected that others across the state should key into this noble agenda of using moral suation to appeal to the conscience of Benue people to redress the imbalance in political representation in the state. While the people of Zone C, through BRM, have demonstrated their resolve to pursue this agenda to a successful conclusion, it is incumbent on their brothers from Zones A and B to show understanding and support. It is a fact of democracy that while the minority have their say, the majority have their way. But it is also true that democracy without fairness, equity and justice, or the majority perpetually lords it over the minority is another name for autocracy. That is why, after leaving their Idoma brothers in the political wilderness for 45 years, the Tiv people of zones A and B should support them to step on the Promised Land in 2023.