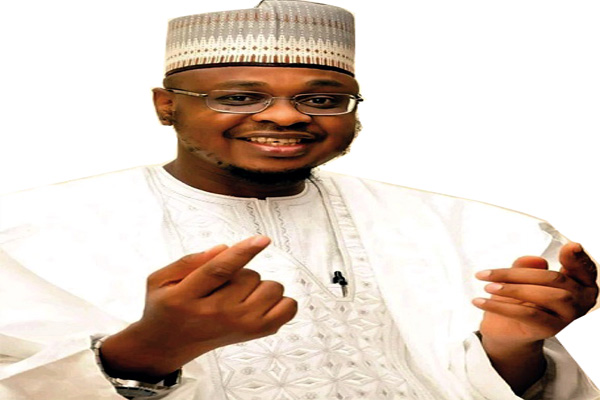 One of the criticisms that trailed the appointment of ministers by President Muhammadu Buhari in August was what some people considered an apparent squeezing of square pegs in to round holes in some ministries. A particular case that appeared to lend credence to the criticism was the one that involved a newly-sworn-in minister who arrived at his ministry to declare quite infamously that he had no idea what the ministry does.

But not all cases were like that. There were some exceptions. One exception that could correctly be described as fitting of a round peg into a round hole is the appointment of Dr. Isa Pantami as Minister of Communications. It is one appointment that has been roundly applauded by those that know the minister and are quite familiar with his background.

The right man for the job

Pantami is the right man for the job of heading the ministry that has the responsibility to chart Nigeria’s path to technological development, as far as education and experience are concerned. The man studied technology and worked all his life in technology.

Pantami attended the Federal University of Technology (otherwise known as Tafawa Balewa University) where he obtained a Bachelor of Technology degree in Computer Science in 2003; a Master of Science degree in the same field in2009 and an MBA in Technology Management in 2011, all from the same institution. He went on to study and obtain a PhD in Computer Information Systems and Post Graduate Certificate in Research Methods from Robert Gordon University, Aberdeen, Scotland.

He lectured at his Alma Mata, teaching courses such as Multimedia, Software Engineering, Hardware Technology and Software Technology. Others are Fundamentals of Software Engineering, Advanced Programming Languages, Management Information Systems and Geographic Information Systems. As a lecturer in Information Communication Technology (ICT), he supervised over eight post graduate and over 100 graduate students. He held many other positions in the Faculty and was also a member of four different committees constituted by the University Council.

With a sound academic knowledge of religious studies obtained from studying in various Islamic institutions, Pantami moved to the International Islamic University of Madinah where he served as an Associate Professor and Head of Technical Writing. He also taught courses such as Operations Research, Software Engineering, Information Systems Application and Principles of Marketing. He served as secretary and member of three major committees, namely, University Accreditation Committee, Staff Training and Development Committee and Information Technology Committee.

Pantami’s determination to embrace all facets of technology education has seen him attend various courses and training programmes in different parts of the world.  One of such programmes was on “Driving Strategic Innovation and Achieving High Performance throughout the Value Chain”, at the International Institute for Management Development, Switzerland, in collaboration with the Massachusetts Institute of Technology, Cambridge, United States. He also attended special training on Digital Transformation in Government: Innovative Pubic Policy and Service, at Harvard University, also in the US.

Nigeria began to enjoy the benefits of Pantami’s education and experience in ICT when he was appointed Director General of the National Information Technology Development Agency (NITDA) on September 26, 2016. It was an appointment that enabled him to bring to bear on the country’s quest for technological development all that he had learnt on his sojourn in and outside the classroom, both as a student and as a teacher. And he did not disappoint.

String of achievements at NITDA

Pantami’s reputation in the classroom as a thorough-bred professional with deep knowledge in technology earned him a federal appointment from President Muhammadu Buhari as the Director-General and Chief Executive Officer of the National Information Technology Development Agency (NITDA) on September 26, 2016. Pantami’s three years’ stay at NITDA has been described as quite impactful on the agency and, by extension, the country. He is remembered for drawing up a strategic roadmap for transforming Nigeria’s ICT sector, with the aim to bring about the much-desired diversification from an oil economy to one that is knowledge-based and driven by technology, with focus on regulation, capacity building and local content development and promotion. Others are government digital services promotion, cybersecurity, digital job creation and digital inclusion.

Under him, NITDA achieved a paradigm shift that yielded a level of achievement that is considered unprecedented in the nation’s technological history. Some of the achievements include attainment of a clearing house status by NITDA to ensure efficient utilization of public resources in order to prevent duplication of projects and development of local content to ensure that shared services are used where possible. This would guarantee prevention of failed IT projects and also encourage better project outcomes. More than 750 IT-specific Federal Government projects were captured in the process, which led to saving of over N16 billion for the country.

Pantami was able to enforce NITDA’s guidelines on local content development and Presidential Executive orders 003 and 005, which led to unprecedented increase in the patronage of locally assembled devices. He put in place business-friendly regulations that brought about the establishment of AfriOne as an indigenous IT company and an Original Equipment Manufacturer (OEM) in 2007. Others are in the final stages of production.

He enforced the Data Localization Regulation that led to the repatriation of huge data assets belonging to the Federal Government, which were hitherto hosted outside the country. Worthy of mention also is the fact that Pantami put in place strategic capacity building initiatives that brought about empowerment of public servants, artisans, women, unemployed youth and people living with disabilities.

Pantami’s contributions to the development of IT are not limited to Nigeria. He has gone abroad to showcase his skills as well, as keynote speaker in various international IT fora. For instance, at the International Conference on Theory and Practice of Electronic Governance (ICEGOV) organized by the United Nations University (UN-EGOV) at the National University of Ireland, Galway (NUIG), he delivered the keynote address on “Nigeria’s Digital Transformation Agenda: NITDA’s Vision and Strategy”. He was also the keynote speaker at the 13th International Conference on Electronics, Computers and Computation at the Nile University of Nigeria (ICECCO) in 2017, where he spoke on “Electronics, Computers and Computation: Nigeria’s Giant Strides at Developing the ICT Sector”

To say that awards and recognitions have trailed Pantami’s ascent on the professional ladder would be for want of a better way to describe the numerous honours that have come his way. A pamphlet would probably be needed to properly document such recognitions. The most outstanding is the award of Fellowship of the British Computer Society, the highest recognition in the global IT industry. He is also a Fellow of the Institute of Information Management, and has been conferred with Professional Fellowship of the Nigeria Computer Society.

A deeply religious man, Pantami is a Chief Imam of Jumu’ah and has been leading the Jumu’ah prayer for over 20 years in Nigeria and the United Kingdom.

He is married with children.