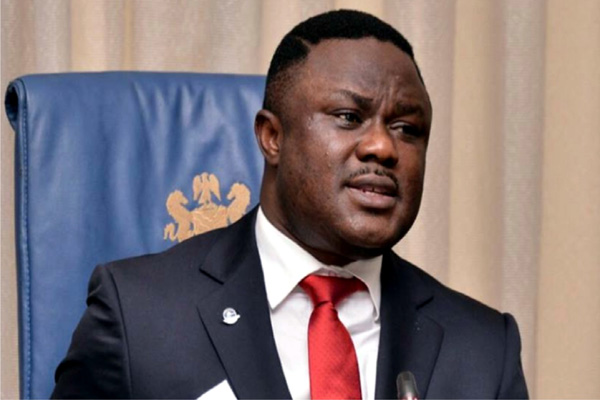 Ben Ayade, serving his second term as Governor of Cross River State, is a Professor of Microbiology. But he could as well be a Professor of Economics, considering his passion for and knowledge of the economy and its impact on the development of society and mankind. Since he was first elected Governor of the state in 2015, Ayade has made economic development the cornerstone of his administration’s policy, deploying it as the chief driver of growth and development of Cross River state and the welfare of its people.

Ayade is so absorbed in building the economy of his state through policy and investment initiatives that one can safely state that not many, among the current generation of Governors in Nigeria, can match him in that respect. It is little wonder, therefore, that Professor Ayade has been nominated as the Governor of the Year 2021 by The Top10 Magazine, one of Nigeria’s most respected magazines. He got selected in recognition of his business-friendly governance and ability to stimulate the growth of the Cross River state’s economy through innovative investment initiatives.

The award organizers got it spot on in selecting him for the award. Unlike many of his peers who release generalized blueprints to satisfy electioneering campaign protocols, Governor Ayade has been very meticulous with and has demonstrated utmost commitment to the design and implementation of the state’s macroeconomic development masterplan and its derivative microeconomic activities.

His 30-year Growth and Development Strategy (GDS) roadmap for Cross River state envisages “a prosperous Nigerian state with healthy and well-educated citizens, living in harmony with people and nature, pursuing inclusive and sustainable growth, moderated by good governance.” Cross River state was once classified as an oil-producing littoral state before its 76 oil wells were awarded to its neighbouring state, Akwa Ibom, but the Governor would not allow that setback to slow the pace of its economic development.

At the official launching of GDS at the International Collaboration and Investors summit (ICIS), held at the prestigious Calabar International Convention Centre (CICC), the governor said GDS is a fulfilment of his administration’s promise of inclusive development programmes, consistent with the ideals of the universal declaration on Sustainable Development Goals (SDGs).

He said that his administration’s goals and prosperity aspiration is to deepen the state economy from its current N2.7 trillion GDP level to N9.6 trillion by the close of his second term in 2023.

He noted that this would be captured in the sector-based GDS in a manner that no one is left behind.

The growth and development strategy roadmap was put together by the State Planning Commission (SPC), the State Economic Management Team, ministries, departments and agencies (MDAs) in the state, Civil Society Organizations, Non-Governmental Organizations, the organized private sector led by the Calabar Chamber of Commerce, Industry, Mines and Agriculture (CACCIMA) and professional groups.

Francis Ntamu, Chief Economic Adviser to the governor, whose office organized the summit, said the state government deliberately articulated and implemented investor-friendly policies and measures designed to attract investors into the state.

A state-wide consultation leading up to the GDS document was sponsored by CUSO International and the Foundation for Partnership Initiatives (FPI) in the Niger Delta, and creating demonstration effects that are catalytic to achieving the vision.

Governor Ayade has been traversing the globe since winning a second term of office in the March governorship polls in the state to attract investors to the state. His administration has made significant progress in creating a conducive business environment for investors by de-risking the opportunity fields for private sector investments and collaboration. His administration’s friendly collaboration with the Federal Government has fast-tracked the development processes for signature projects such as the Bakassi Deep Seaport and the 275 km super highway.

The thrust of Ayade’s administration since inception in 2015 was built around rapid industrialisation of the state and building of socio-economic infrastructure. He has maintained that trajectory since his reelection in 2019. In this regard, the administration has embarked on the establishment of a number of employment creation initiatives, namely: Cala Chika, a frozen chicken factory that will process 22,000 birds per day, a feed mill, a noodle factory, and a fertilizer plant. To ensure that economic empowerment blossoms and takes root, he began a new agro-economic empowerment scheme for the youths, known as G-Money or Green Money, which seeks to make 1,000 youths millionaires in the first instance.

The programme was designed for the empowerment of youths and creating a value chain in agriculture through a beneficiation process that allows young men to hold plots of land while the government helps them in land clearing and processing, so that the industries can now buy back the raw materials from them as feedstock. It also provides direct cash, a million naira, as take-off grant. Then they are made to nurse their crops depending on their Local Government Area and the crops suitable for their council.

Then, there’s CrossRice, the state’s flagship agricultural project, a multi-billion naira project promoted by the Cross River State Rice Company Management Board, the Central Bank of Nigeria and Sterling Bank. So far, over 2,000 Cross Riverians have already been either directly or indirectly engaged in the scheme as part of an ambitious employment generation move those targets 5,000 people in the next one year, making maximum use of commercial and mechanized farming methods.

Ayade said the CrossRice project, which is a response to President Buhari’s call for diversification of the nation’s economy from dependence on revenues from crude oil is conceived to help citizens seize the opportunity and be part of the rice revolution in the state by breeding modern mechanized rice farmers. Under the scheme, farmers are aggregated into cooperatives to cultivate cluster farms in various locations in the state while the Cross River State Rice Company Management Board provides land, funding, farm inputs, mechanization and serves as off-takers for the rice paddy produced by the farmers. The CrossRice project will also improve rice yield through the use of improved seeds and seedlings, employment of mechanized farming, deployment of technology and innovation and expansion of processing.

The projection is that, if agriculture employs, say, 10 million Nigerians, the agro-processing industry can employ thrice as much in the value chain. A standard cocoa-processing factory producing chocolate can employ thousands of staff compared to any farm just farming cocoa for export. The factory will also employ or engage the services of engineers, technicians, accountants, drivers, administrators and lawyers.

The facility is expected to process 240 tons of cocoa daily, which will be turned into liquor and chocolate bars for export to Europe and China, according to the State Commissioner for Agriculture, Professor Anthony Eneji, who was recently on inspection of the facility.

The ongoing construction of the longest runway in Nigeria at the Obudu international passenger and cargo airport is another milestone in the Ayade administration’s efforts at boosting the state’s economy. The Governor explained that the airport, situated close to the iconic Obudu mountain resort, would rank the state as a world tourism destination. “That is why we are building the airport with 5.6 meters runway, the longest in Nigeria to enable both tourism and business thrive around the Ranch environment with the airport.”

Gov. Ayade has also floated a state-owned commercial airline called Cally Air. While celebrating the maiden flight of the airline last July, Gov. Ayade stated that he was happy that the Cally Air’s dream which started in 2016 has become a reality without any borrowing by the government. He said that intellectual money made procurement for the air-craft possible. He said that the initiative will mark the beginning of Cross-River state Emancipation and complete decoupling from dependence on the federal government. He noted that Cally air will be the beginning of the privatization process of actually creating a private sector that never existed before. ‘’It will also be the beginning of creating an alternative economy that never existed in Cross-River state’’.

These and other landmark contributions to the economic development of Cross River State by the Governor have not gone unnoticed by the Nigerian public far beyond the state. The immediate evidence of this is the Governor of the Year Award for which he has been selected by the reverred Nigerian publication, The Top10 Magazine. The award is billed for presentation very soon.

Benedict Bengioushuye Ayade, born March 2, 1968, ran successfully for the office of governor in April 2015 on the platform of People’s Democratic Party (PDP). Before that, he was a member of the 7th Senate of Nigeria. He was re-elected as the governor of Cross River State in the 2019. On Thursday, May 20, 2021, Ayade announced his defection to All Progressives Congress (APC) in Calabar, capital of the State, and was received by Yobe Governor and APC caretaker Committee Chair, Mai Mala Buni.

Joseph Ode is member, editorial board of The Top10 Magazine.