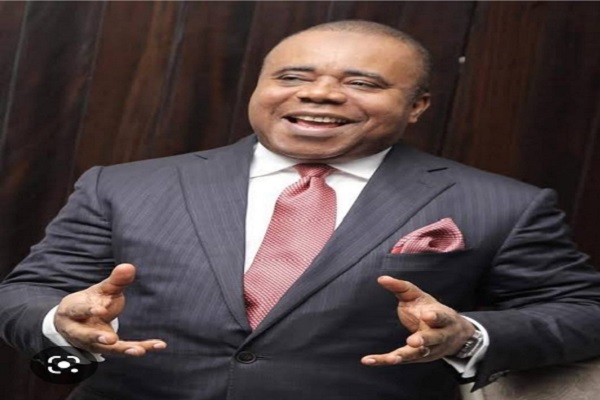 If President Muhammadu Buhari’s promise to put in place a substantive board for the Niger Delta Development Commission (NDDC) after the phased implementation of the recommendations of the forensic audit he ordered into its activities its anything to go by, then Nigerians should expect that the era of interim administration for the interventionist agency would soon come to an end. While the promise by the president, made at the fifth National Council Meeting on Niger Delta in Uyo, recently, put paid to agitations for the end of interim administration in the agency, it predictably sparked struggle and intrigues among high ranking members of the ruling All Progressives Congress members from the Niger Delta region over determination of the shape and composition of the board expected to be appointed for the agency.

It is pertinent to mention that Nigerians do not know the contents of the audit report, and its recommendations. It is therefore difficult to know when implementation of the recommendations started, and when it would end, especially since it is being done, as Buhari said, in phases. It may be safe to assume, however, that since it is a firm promise and commitment from none other than the president, constitution of the long awaited board would be done before the curtain falls on the life of the administration on May 29, 2023.

But while we await the constitution of a board for NDDC, it is important to look at the performance of the Effiong Akwa-led administration of the agency as sole administrator. The appointment of Akwa in December, 2020, followed the ruling of a Federal High Court in Abuja, which declared the Interim Management Committee of Professor Daniel Pondei as illegal. Before Pondei, Ms Joi Nunieh had held the same position.

Akwa’s mandate, among others, was to facilitate and fast track the forensic audit of NDDC which became necessary due to many years of unbridled corruption by previous administrations, with politicians from the region as the greatest beneficiaries. His appointment was met with stiff opposition from some quarters, with some saying Buhari had no power under the law that set up NDDC to appoint a sole administrator for it, obviously ignorant of the president’s constitutional power to take any action he deems necessary for any government ministry, department and agency, which he considers to be in public interest. In the midst of the opposition, Akwa had the support of some major stakeholders in the region, including over 50 civil society organizations.

In the 22 months he has been in office, Akwa has tried his best to deliver on his mandate as someone whose job is a stop gap for the period the forensic audit of the agency lasted. He has facilitated and successfully managed a smooth exercise that saw a consortium of audit firms pore over the books of NDDC and visit project sites in nine states over many months – the first of its kind in the agency and, indeed, any government institution in the country. He deserves credit for this. Whether or not Nigerians will ever get to know the contents of the audit report is another matter.

Akwa has collaborated with the National Assembly on the amendment of the NDDC Act, to make reforms of the agency possible, especially the need to plug the loopholes that allowed the high rate of corruption that was witnessed since the establishment of the agency to thrive. The NDDC, under his watch, has been able to carry out a number of interventions in the different states that comprise the Niger Delta in collaboration with state governors, aimed at providing the basic infrastructure and facilities that enhance quality of life for those for which they are meant – in educational and health institutions, including training of over 1000 youths in ICT, as well as other public facilities. Notable among such interventions was the construction of a 1050-bed hostel in the University of Uyo, Akwa Ibom State.

In one of such interventions, over 250 men, women and youths recently graduated from the Livelihood Improvement Family Enterprise programme of the Federal Government in Edo State. The programme, which was funded by NDDC, International Fund for Agriculture (IFAD) and the Federal Government, was designed to promote agriculture as an alternative source of foreign exchange, with focus on rice, cassava, fishery and poultry farming. A similar programme is being implemented in other states of the Niger Delta.

In an initiative that was designed to positively engage youths in the region and channel their energy into productive ventures, NDDC organized the first ever Niger Delta Talent Hunt, a musical programme that was aimed at discovering musical talents in the region and building capacity for wealth creation. The winner of the talent hint, Elvis Lunar, a singer from Rivers State, got the star prize of a car and performance trip to Dubai, while second and third place winners got N2 million and N1 Million, respectively.

It mustn’t be forgotten that Akwa supervised the completion of the corporate headquarters of NDDC, a project that had been abandoned for over 20 years. I’m wondering if the money the agency spent on rent over since its establishment can easily be computed.

Akwa’s job has been made easy by the fact that he had been an insider in NDDC before his current appointment, his previous position being that of an acting executive director in charge of finance. He did not need to learn the ropes first, before settling into the job. He will certainly leave is mark when he bows out.

Ukpaukure, a media/publicity consultant and writer, lives in Lagos.