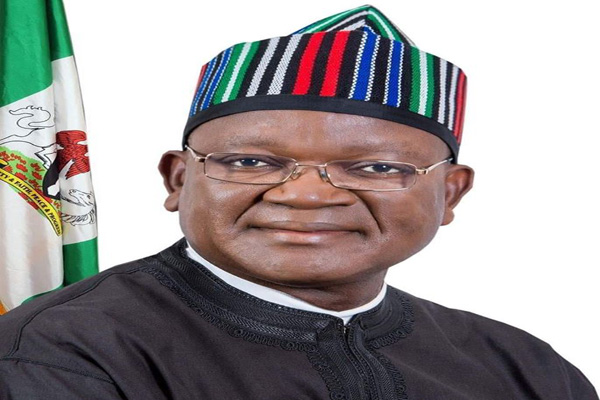 A group of Journalists and other media professionals of Igede extraction have expressed concerns over the continuous silence and failure of the Governor of Benue State, Samuel Ortom, as well as the security agencies to make any serious intervention to end the ongoing clash  between Bonta and Ukpute communities in Konshisha and Oju Local Government Areas of the state respectively.

The group while condemning what it described as “the senseless hostilities”, accordingly, handed a charge to the governor as the chief security officer of the state to do all in his powers to immediately bring an end to the festering crisis.

Reports have suggested that attacks and counter attacks between the two neighbouring communities have heightened since last week when Ukpute was invaded at the wee hours of Tuesday, leaving stupendous damage to lives and property.

“In the first place, we have continued to wonder what could have brought about the disagreement that would lead to communities, which have been living as neighbours for ages, to  turn their swords against each other. This is reprehensible and condemnable.

“However, we have been keenly monitoring  this ugly situation, hoping to see a deliberate and decisive response by Governor Samuel Ortom and the security agencies with a view to promptly ending the needless attacks but more than one week after, there has been no serious reprimand from the government to call the warrying communities to order. This is disappointing and unacceptable,” the group said in a statement on Tuesday.

The group, under the auspices of Association of Igede Media Professionals (AIMPs), noted that the studious silence from official quarters in the state had portrayed a conspiracy to abandon the two warring communities to their fate to perpetually live as eternal enemies after destroying their bond of  brotherliness, which, it said, was  currently ongoing.

In a statement signed by its President, Egena Sunday Ode, the association said: “We believe that even if the government and its agencies were unable to preempt the attacks and prevent them, they could have done a whole lot more by timely deployment of security personnel to the areas to quel the crisis and ensure that the injured as well as the displaced persons–especially women and children–were given proper treatment. We do not want to believe that the governor and his administration is so helpless to attain these.

“To our utter surprise, however, none of these has happened. The injured are abandoned to fate to struggle helplessly for their lives as many of them cannot even afford hospital bills, and the multitude of displaced persons are not receiving any attention from the authorities. Neither have the pains of families who lost loved ones in the attacks been assuaged in any way. Again, this is sad and unacceptable.”

The media professionals also noted that the seeming conspiracy of silence had provoked questions as to whether the governor and the security agencies have forgotten their constitutional  responsibility of protecting lives and property of citizens.

Calling on the governor to urgently swing into action to address these concerns with a view to finding a permanent solution to the recurrent skirmishes , the association said “it will be a laughable irony if Governor Ortom who is being celebrated as defender of the Benue valley cannot quench the fire on his own roof.”

It also called on the elite on both sides to speak out in outright condemnation of the escalating crisis and put pressure on the government to do the needful.

“We contend that the two agrarian communities need peace now to be able to concentrate on their seasonal farming activities. And no sacrifice toward achieving this goal should be considered too demanding,” the group asserted.