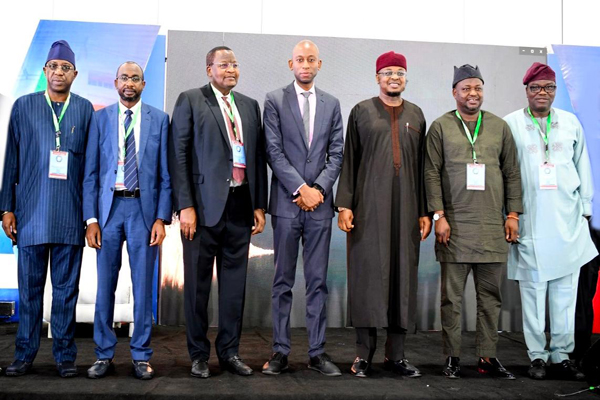 Minister of the Communications and Digital Economy, Prof. Ali Ibrahim Pantami, has reaffirmed Federal Government’s determination to reverse the trend of importation of all types of telecommunications products, especially where production in Nigeria is possible.

Pantami, who spoke at the first Nigerian Telecommunications Indigenous Content Expo (NTICE), 2022 held at the Landmark Centre in Lagos, got immediate commendation from the Executive Vice Chairman (EVC) of the Nigerian Communications Commission, Prof. Umar Danbatta, who told the audience that the Minister’s efforts and support have spurred the Commission to take certain steps that have yielded immediate results that were being showcased at the expo.

The expo was oragnised as part of effort to vigorously pursue the objectives of the National Policy for the Promotion of Indigenous Content in the Nigerian Telecommunications Sector (NPPIC), through the National Office for Developing Indigenous Telecoms Sector (NODITS) domiciled in the NCC.

Pantami emphasised that Government had put efforts towards the protection of the telecom industry, which contributes impressively to the Gross Domestic Product (GDP), by insisting on the drastic reduction in the reliance on foreign products. He, consequently, warned against importation of such products like Subscriber Identity Module (SIM) cards that can be produced in Nigeria.

He also took a swipe at the recent efforts to impose five per cent excise duty on telecommunications services in Nigeria, arguing that the Ministry, which oversees the industry, was not consulted and that the timing of such duty in a period of hardship as is being witnessed in Nigeria today is antithetical to the growth of the industry.

“I was not consulted before the decision on five per cent excise duty was reached, and it was unfair to impose such a tax on an industry that was already burdened with other taxes and already contributing about 17 per cent to the country’s revenue,” he said.

Pantami told his audience, including the Chairman of the House Committee on Telecommunications, Hon. Akeem Adeniyi Adeyemi, that his position was already shared by the National Assembly which was also not consulted on the issue before it was announced.

“We must do what we need to do to protect the industry.  Beyond making our opinions known, we will take legitimate and legal steps to stop any plan against the interest of the Information and Communication Technology (ICT) industry,” he said.

Speaking further on the efforts of the Commission to pursue indigenous content in the industry, EVC of NCC, Prof. Danbatta, said the objective of the NPPIC is to transform the enormous strides achieved by the telecom industry in the last two decades into long-term indigenous economic development outcomes for Nigerian companies and citizenry.

Danbatta said the Commission has taken various steps to ensure that the process of implementing NPPIC is painstakingly pursued through capacity strengthening, institutional building and strategic policy tools, which will further promote domestic and economic linkages, job creation and the participation of local Small and Medium-Scale Enterprises (SMEs) in the telecom value chain via the supply of goods and services to the sector.