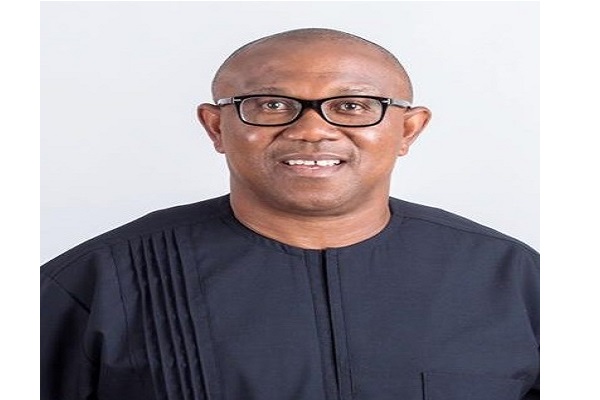 It started as a political joke – one of those flashes that appear during election time and disappear after the election – when somebody that is considered in some circles as a joker joins the presidential race just to enter the history books as having once aspired to the highest office in the land. And then it was dismissed as a social media fire ignited by youths, which would soon burn out. Now, it has become an accepted reality that Peter Obi is not a fad.

What has emerged on Nigeria’s political scene is the fact that Peter Obi is not the name of an individual; not the name of a two-term governor of Anambra State who is running for the presidency of Nigeria on the platform of the Labour Party (LP). It is a movement that transcends geo-political zones, age groups, national boundaries (Diaspora Nierians), ethnicity and religion, driven by the youth who are disillusioned by Nigeria’s continuous slide into the abyss of despair, poverty, hunger, insecurity and hopelessness. It is, unmistakably, an idea whose time has come – an idea that cannot be dismissed with a wave of the hand.

The two major political parties, the All Progressives Congress (APC) and the Peoples Democratic Party (PDP), initially attempted to wish away the Peter Obi phenomenon. They have since discovered that they would be doing so at their own peril, as the campaigns for the February 25, 2023 presidential kick off. If any doubt existed about the impact the LP candidate would have on the election, such doubt was erased by the outcome of an opinion poll conducted by NOI Polls, a well-known and reputable pollster that was commissioned by the Atedo Peterside-led ANAP Foundation to feel the pulse of the electorate on the make or break election of next year. The organization had correctly predicted the outcomes of the 2011, 2015 and 2019 polls.

The poll, which was conducted in the first week of September, 2022 across the six geo-political zones, asked potential voters who their choice would be if the election was held at that period. It focused on the four candidates considered to be serious contenders – Bola Tinubu of APC, Atiku Abubakar of PDP, Peter Obi of LP and Rabiu Kwankwaso of the New Nigeria Peoples Party (NNPP). The result of the exercise gave Obi the lead, with 21 per cent of the votes, while Tinubu and Atiku tied in the second position with 13 per cent, with Kwankwaso taking the third position with three per cent of the votes.

Expectedly, the spokesmen of the presidential campaign organizations of APC and PDP, Bayo Onanuga and David Bwalla, respectively, came out to shoot down the result of the polls, dismissing it as a hoax that shouldn’t be taken seriously. It is instructive that the two parties felt rattled enough by the outcome of the exercise to even come out to comment on it. They could have ignored it if it wasn’t to be taken seriously.

It is worth mentioning that as high as 34 per cent of respondents were undecided at the time the exercise was carried out. This means they would have made up their minds on their choices by the time the election is conducted, next year. It is also pertinent the fact that organizers of the exercise have made it clear the poll is not a one-off exercise, with promise to conduct more before the election in February. The figures are likely to change before Election Day.

Rather than dismiss the outcome of the poll, the two big parties should go to work on the 34 per cent of potential voters that were undecided when the poll was conducted. In carrying out this task, they should find answers to some pertinent questions. What are the demographics of those voters? In which parts of the country do they reside? Why were they not decided? Are they likely to make up their minds before the election, or will they remain aloof and continue the voter apathy that characterized previous elections? For LP, it is not Uhuru; it can’t be, so early. They know there is plenty of work to do, chief of which is to sway the undecided to its side. Those who made their choices during the exercise are not likely to change their minds.

The Obi phenomenon is driven by two major factors. After 16 years in power and with no clear-cut indication that it was leading Nigeria to the Promise Land, Nigerians had become disenchanted with PDP, opting to place their hopes in APC which appeared to have come at the right time, in 2015. It was to the advantage of the new, strong and virile opposition party that it offered them the change they earnestly yearned for. But more than seven years of President Muhammadu Buhari’s presidency have proved that the hope in APC was misplaced. The situation in the country today is arguably worse than it was in 2015, in all its ramifications that bear no repeating here. It is a situation that has forced many Nigerians to look for an alternative to APC and PDP. Those who think Obi-dients are confined to the youth population are making a huge mistake.

The second factor is the guarantee for free, fair and credible elections which the 2022 Electoral Act offers, courtesy of the provision for electronic transmission of elections results, which has eliminated the malpractices that discouraged many Nigerians from participating in previous elections. The law has put in place a new process that eliminates snatching of ballot boxes, voter intimidation, falsification of results between polling and collation centres and the anomaly of winning election in law courts, instead of polling centres. The new law has encouraged Nigerians to believe that their votes will count, as was evident in the off-season governorship elections in Anambra, Ekiti and Osun states.