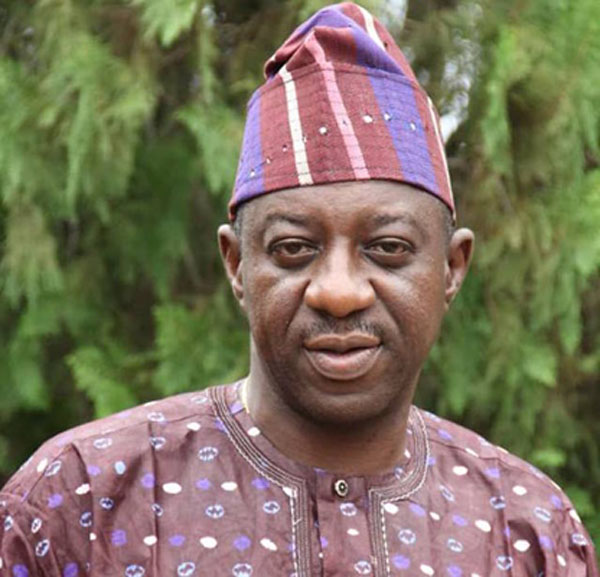 The Nigerian Communications Commission (NCC) said it is adjusting regulatory instruments and management tools to ensure regulations are fit for future imperatives of a robust telecoms sector.The Executive Commissioner, Stakeholder Management (ECSM), NCC, Adeleke Adewolu, stated this when he spoke at a panel session at the 2021 Annual General Conference of the Nigerian Bar Association held in Port Harcourt. The general theme of the Conference is, ‘Taking the Lead’.
Adewolu, who made the declaration in a panel discussion focused on Government Regulation of Innovation and Technology, said, “In specific terms, we are taking action in the following areas: We are adjusting regulatory instruments and management tools to ensure regulations are fit for the future. An example is our ongoing review of the Telephone Subscriber Registration Regulations to strengthen the framework for digital identity; and the review of the Spectrum Trading Guidelines to ensure more efficient use of spectrum.”
Also, the ECSM said NCC is laying institutional foundations to enable co-operation with other regulatory institutions and international organisations such as the International Telecommunications Union (ITU).
The Commission, according to Adewolu, is also developing and adapting governance frameworks to enable the development of agile and future-proof regulation; and equally adapting regulatory enforcement activities to the “new normal”. He said this is to ensure alignment with the rapid technological changes and innovations that are emerging at a high speed and with sophistication.
On censorship, particularly tackling illegal and harmful content on over-the-top (OTT) platforms, Adeleke said NCC had to opt for “a middle ground that promotes safe use of digital service platforms without necessarily stifling the exercise of the citizen’s right to free expression as guaranteed in the Nigerian Constitution.”
He explained that on technology platforms, censorship manifests in three scenarios, namely, restriction of person-to-person communications; restriction of Internet access generally; or restriction of access to specific content, which governments find objectionable.
This, he said, was pursuant to constitutional provisions such as those in Section 39(3) of the Nigerian 1999 Constitution, as amended, which approves “any law that is reasonably justifiable in a democratic society to prevent the disclosure of information received in confidence, maintaining the authority and independence of courts or regulating telephony, wireless broadcasting, television or the exhibition of cinematograph films.”
In particular, Adewolu declared that the third scenario is globally recognised as the ideal situation because one of the core responsibilities of government (as enshrined in Chapter 2 of the Nigerian Constitution) is to safeguard the lives and property of citizens.
Explicating further, Adewolu said that social media platforms allow instant communications without regard for impact or consequences. He insisted that self-regulation is possible, but “as we have experienced over and over again, an ill-considered post on social media can easily incite unrest and crises.”
He bemoaned the fact that leading social media platforms have demonstrated a rather unfortunate reluctance to moderate the use of their platforms for subversion and harm. “So, we cannot trust them to self-regulate,” he emphasised.
According to him, self-regulation has not been very effective, and interestingly, “the largest platforms are global platforms and many of them are protected by their home governments.”
For instance, “Sc.230 of US Communications Act provides immunity to firms like Facebook and Google from responsibility for content disseminated on their media, although they still apply fair usage and community rules which enables them to self-regulate. However, as we saw with the case of the former US President Donald Trump – people are often able to disseminate negative content for a while before they are cut off. Mr Trump had over 87 million followers he engaged directly with,” the ECSM stated.
Another example he cited happened just few days ago when CNN reported that Facebook deliberately failed to curb posts inciting violence in Ethiopia despite the fact that its own staff flagged such posts, and that Ethiopia is listed as a high-priority zone, which has been fighting a civil war for the past one year. As Adewolu recalled, the UN Secretary General recently called for the regulation of social media platforms, and even the CEO of Facebook has made similar calls in the past.
“So, we cannot wholly depend on self-regulation. And whilst we cannot prevent citizens from freely expressing themselves on these platforms, it would be irresponsible for any government to allow unbridled use of these mediated communication to cause chaos and imperil lives and property. Government must act to protect social cohesion and national security,” he counselled.