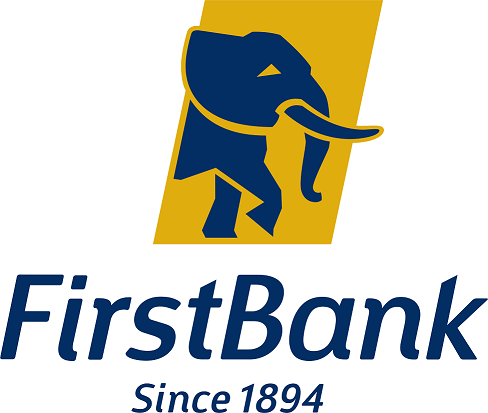 The unbanked and underbanked, two groups at the centre of retail banking, need to be captured for the financial system to achieve its full potential. The KPMG Nigeria Banking Industry Customer Experience Survey says customers have expectations about how their needs will be met and meeting this requires banks deploying the right network and technology. FirstBank of Nigeria Limited has through its Firstmonie Agent Banking Network created over 150,000 indirect jobs for Nigerians and executed three million transactions via 45,000 agents, writes COLLINS NWEZE.

For FirstBank of Nigeria Limited, achieving these milestones did not come by chance. It took several decades of investment in the right technology, product and quality leadership.

As the oldest financial institution in the country, founded in 1894, FirstBank has over 28,000 Automated Teller Machines (ATMs), launched the first cash deposit ATM in Nigeria in 2011, has appointed over 45,000 FirstMonie Agents spread across the country, targeting 500,000 agents and operates in over 750 business locations. The bank has also created over 150,000 indirect jobs through the FirstMonie Agents scheme as at December 31, 2019.

Also, the bank’s alternative channels were the first to launch WhatsApp banking, among other milestones. Achieving the 80 percent financial inclusion target set by the Central Bank of Nigeria (CBN) will require the support of commercial banks and use of technology. First Bank of Nigeria is one of the financial institutions which have taken steps to make the target a reality by deploying technology in its operations by way of Agent Banking Network. FirstBank has expressed its commitment to continue to drive financial inclusion through its First-monie Agent Network in 99 per cent of the 774 local government areas and has processed over N2 trillion through the initiative.

The Firstmonie service provides financial/banking solutions to rural and semi-urban locations across the country. Such solutions include account opening, cash deposit, cash withdrawals, airtime purchase, and bill payments. Through this channel, the bank is committed to providing convenient services that engender and provides ease of access to banking products, thereby saving time and travel costs for users of the network. Speaking at the Firstmonie Agent Banking National Awards in Lagos, FirstBank’s Chief Executive Officer, Adesola Adeduntan said: “The initiative has witnessed several changes in the operating structure and value proposition of FirstBank

In December 2017, the bank ran a pilot test with over 400,000 transactions processed and following the success of the first run, it re-launched in 2018.”

According to Adeduntan, through Firstmonie, the bank has remained at the forefront of driving nation-wide inclusion, given our belief that access to financial services is part of lifting people out of poverty and fostering collective national economic development.

Adeduntan said: “The key strength of the bank’s services is to look at the gaps in the society and develop products and services that address the gap. As an integral part of our strategy, we believe in working with the CBN to improve financial inclusion index of the country. We would, at FirstBank, assist Nigeria to address poverty and hunger, thereby promoting security of life and property. Because when people are gainfully employed, the implication is that they will think less of crime.”

The bank’s Deputy Managing Director, Francis Shobo, noted that the agents are the most critical part of the ecosystem because they take deposits, make payments and open accounts, provide transfers and sell airtime at locations with little or no access to financial services. He said there are switches and the Nigeria Inter-bank Settlement System (NIBSS) has also supported the Firstmonie network. Shobo praised the CBN Governor Godwin Emefiele, stating that the the apex bank has made changes in regulation around agency banking. “They have allowed the programme to scale as much as it has scaled,” he said. At the event, 31 agents at the state level won N250,000 each, five agents N1 million each at the regional level and a grand prize of N2.5 million at the national level.

FirstBank Group Head, Marketing and Corporate Communications, Folake Ani-Mumuney, said the Bank has, through the First-monie initiative, empowered communities by connecting them to the financial system. She said the bank will continue to support Firstmonie agents. She said customers’ expectations were changing and that it’s the bank’s duty as a customer-focused bank to ensure that customers were provided with the means to carry out banking through any channel they desire. FirstBank has also recognised the opportunities for inclusive growth and influence of financial technology not just in banking but also business operations across industries.

One of the Firstmonie agents said: “I have been with Firstmonie since they started, and I can say that it has been a life-changing experience. I have been able to build trust of the communities around me as many workers in my area have forgotten the last time they visited any bank branch for basic banking services. I am a proud employer and as a result, my members of staff are well paid and comfortable.

“Firstmonie has created an enabling opportunity for dwellers of my immediate community and neighbouring towns to carry out banking transactions with less time, money, resources and risks as people don’t have to waste time embarking on long journeys to the city, added to the dangers of being robbed on the highway.’’ FirstBank has also partnered National Union of Road Transport Workers (NURTW). The deal seeks to leverage the human traffic and commercial activities at various motor parks across the country to ease access to financial services. FirstBank is also in partnership with Azuri Technologies Limited, an off-grid power distribution firm to make access to off-grid power easy, especially in rural communities, as well as other institutions, that seek to provide resources to cushion the effects of economic and social shocks on low income individuals. Under this deal, FirstBank and Azuri will co-brand and co-market Azuri’s solar home television product.

The pay-as-you-go customers will also pay for their solar photovoltaic (PV) system via FirstBank’sFirstmonie agents and mobile payment solution, thereby deepening financial inclusion. Banking with Technology Banking and technology are becoming inseparable. FirstBank under Adeduntan is driving growth and customer services with technology. The Financial Technology (Fintech) Summit organised by the bank was an opportunity for the bank to emphasise the need for technology in e-business, digital offering, agent banking, wholesale/ transaction banking, retail/consumer lending and Small and Medium Enterprises (SMEs) productivity. He noted that as a Tier-1 lender, which celebrated its 125th anniversary last March, the bank had been able to maintain its leadership position in the industry by leveraging technology to offer innovative solutions through its product offerings.

FirstBank is also taking advantage of the opportunities created by cash-less banking to innovate and give value to customers. The bank has introduced the Visa Multi Currency Card, an All-in One-Card and first of its kind to be offered by any financial institution in Nigeria. This card can be linked to four currencies: Naira, United States dollar, Euro and British Pounds Sterling accounts. With the Visa Multi-Currency card, FirstBank customers – within and outside Nigeria – can enjoy the luxury of having their local and foreign denominated accounts in any currency, linked to a single debit card.

Many banks have continued to make impact in the e-payment space.The Nigeria Postal Service and Fidelity Bank Plc have also entered into a collaboration to deploy modern banking services to Nigerians in 266 rural communities. The move is part of the measures to boost the level of financial inclusion in the country and reduce the number of those not yet in the formal financial system. Speaking at the launch of integrated banking services between Fidelity bank and NIPOST in Abuja, the bank said the collaboration would enable the bank to deploy all its banking services in 266 locations using NIPOST offices.

Access Bank Plc has introduced agency banking to deepen financial inclusion in Nigeria, to enable branches to focus more on complex customer obligations. A banking agent is defined as an authorised third party (a retail or postal outlet) contracted by a financial institution to process clients‘transactions. The Head, Agency Banking, Access Bank, Michael Ogbaa, while introducing the bank’s Omni-channel agency banking application at the bank’s agency banking forum, in Lagos, on Tuesday decried that there are only 307,000 PoS terminals in Nigeria as at last July, of which only 167,000 are active.

Also, the adoption of e-transactions for customers earned Guaranty Trust Bank (GTBank), United Bank of Africa (UBA), and other eight banks N135.15 billion between January and September, last year. A look at the unaudited 2019 third-quarter reports of the banks, showed that their revenue from electronic transactions grew by 57 per cent as against the N86.312 billion they earned from the first 10 months of 2018.