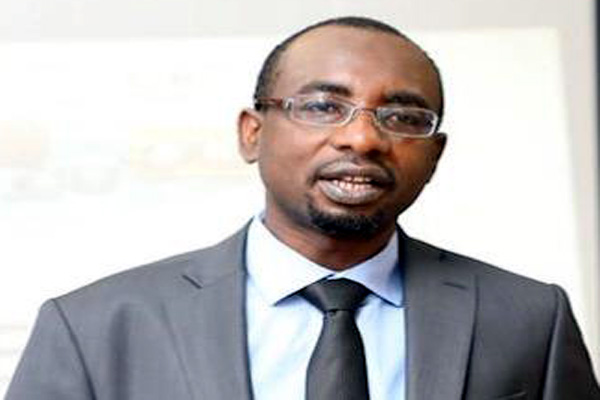 Kashifu Inuwa, Director general of the National Information Technology Development Agency (NITDA), has an outstanding ‘first’ that makes him the right man for the office he is occupying. He is the first Nigerian CISCO Certified Internet Network Expert (CCIE), and one of the 38, 005 on the planet. That is not an everyday achievement.

A further confirmation of the fact that he is eminently qualified for the position he currently occupies lies in the fact that he is a certified project manager and solutions architect with numerous professional certifications in networking, telecommunications, service management and solutions design. He is a Huawei telecommunications engineer and a CISCO design professional, with vast knowledge in ITIL, Prince2, and others.

Little wonder his appointment as head of the agency that is tasked with responsibility of regulating Nigeria’s internet domain (.gov.ng); creation of IT hubs and capacity building; certification and clearance of OEMs; data protection as well as registration of service contractors and providers was hailed in all quarters as not only well deserved, but also a step in the right direction.

As director general of NITDA, Inuwa will lead the agency’s implementation of policy guidelines to drive and develop programmes that support ICT related activities in the country.

Inuwa has not come from outside NITDA to head the agency. He knows it from inside, having been the technical assistant to the man who previously held the position he is currently holding, who is now the minister for communications and digital economy – Isa Pantami. It can therefore be said correctly that he knows his way around NITDA, the objectives for its existence, problems and the correct solutions to proffer.

In his previous position as technical assistant to Pantami, Inuwa coordinated the local content initiatives, which increased local production of ICT by over 200 per cent in 2017. His ability to overhaul the clearance process of IT and encouragement of shared services among agencies enabled the government to save over N16 billion from IT projects.

He is credited with overseeing the procurement process that reduced the cost of major projects by over five per cent in two annual procurement cycles. He also managed project execution that implemented over 300 IT infrastructure interventions. In 2018, he managed the execution of a strategy that resulted in the increase of ICT contribution to the country’s GDP by 13 per cent.

A consummate professional, Inuwa spoke like one who knows his onions and what is expected of him the day he assumed office. “My vision for NITDA is to completely transform the agency into a smart organization”, he told the staff. But he also displayed his understanding of the importance of team work in making an organization achieve its objectives. “Working as a team, everyone has a role to play, from those at the top to those at the bottom of the ladder”.

Inuwa came into office with a rich pedigree that spans 15 years in the ICT sector, covering operations, business transformation and solution architecture in both the private and public sectors. He is a certified project manager and solutions architect with numerous professional certifications in networking, telecommunications, service management and solutions design.

Road to the top

Inuwa graduated with a Bachelor of Science degree in Computer Science from the Abubakar Tafawa Balewa University, Bauchi, and thereafter went to do Leadership and Management courses at various times at Harvard University, Massachusetts, United States; University of Cambridge, United Kingdom and IMD Business School, Switzerland.

A Massachusetts Institute of Technology-trained strategist, he began his working career at Galaxy Backbone, where he held several positions including network engineer, Technical Solution Design Team, IP Network Field Engineer and IP Operations Team. Others are Senior Network and Lead, Senior Solutions Architect and Lead, from 2004 to 2013.

He joined the Central Bank of Nigeria (CBN) as technology architect in 2014, where he worked on developing the technology architecture repository that gives a 360-degree view of the apex bank’s entire IT infrastructure. He rose to the position of a principal officer at CBN before joining NITDA in 2017.

Inuwa is a member of the Nigerian Computer Society and the British Computer Society. The Association of Telecommunications Companies of Nigeria recognizes him as one of the 100 Leading Telecom and ICT Personalities in Nigeria.