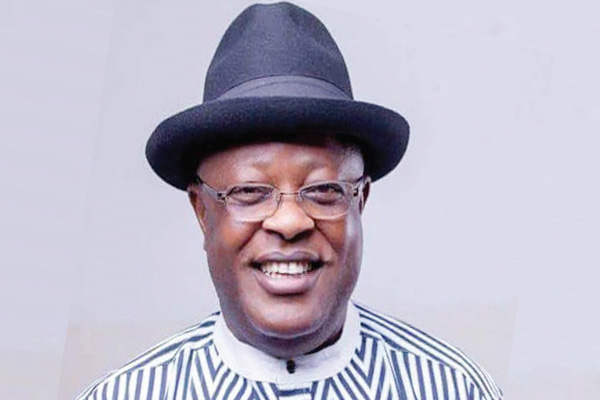 a. that we are absolutely disappointed in (Mrs.) Ann N. Agomeze for her repulsive desperation and unprovoked attitude capable of causing political disharmony in OHANIVO

b. that we condemn and denounce the wretched ingratitude, unpatriotic manipulations, unjustifiable moral insensitiveness and clear case of mischief exhibited by (Mrs.) Ann N Agomeze as a strange behaviour unbecoming of a woman married to OHANIVO and we hereby call her to order.

c. that this rude and externally motivated political misadventure of Mrs. Ann N. Agomeze is an affront to the collective sensibilities of OHANIVO General Assembly and we therefore call on her to immediately retrace her step and apologize to the people of OHANIVO for her antagonistic stance on the will of the people of Ebonyi South Senatorial District.

d. that by all moral and legal considerations, His Excellency Engr. Chief David Nweze Umahi FNSE FNATE has no rivalry as the APC candidate for Ebonyi South Senatorial District and he has the total support of the people of OHANIVO, having made his people proud as the Governor of Ebonyi State.