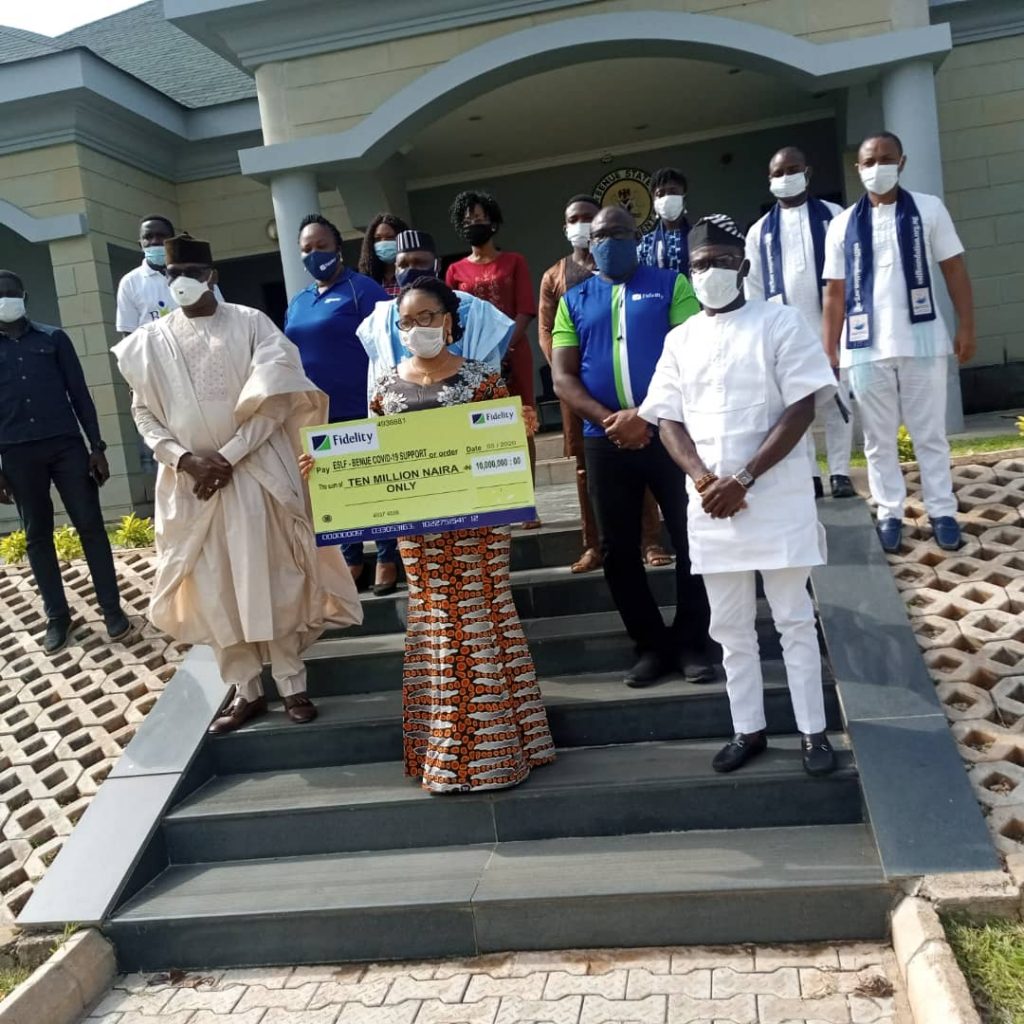 In fulfilment of its promise to continually support communities where it currently operates, Fidelity Bank Plc has donated the sum of N10 million to Eunice Spring of Life Foundation (ESLF), a pet project of the Benue First Lady.

The donation would enable the organisation, in no small measure implement its many humanitarian projects designed specifically for the people of Benue State. It would also cushion the effects of the COVID-19 pandemic on the less privileged in the state.

Speaking during the presentation of the cheque, Fidelity Bank’s Executive Director, North, Hassan Imam, stated the bank was delighted with ESLF’s interventions in its four strategic areas of Education, Health, Governance and Economic Empowerment.

According to Imam, ESLF boasts of unique and sustainable initiatives that would be most impactful in the lives of the vulnerable people in the society. Whilst disclosing that the Foundation’s laudable initiatives prompted the donation from the bank, he assured that the donation would not be a one-off support.

Receiving the cheque on behalf of ESLF, the Founder of the organisation and First Lady of Benue State, Dr. Eunice Ortom, expressed gratitude to the bank for the gesture and promised that the foundation would make judicious use of the financial support.

Earlier, the ESLF Programme Manager, Tine Agernor, pointed out that the Foundation had intervened in the areas of skills acquisition, economic empowerment for women and youths. Agernor said the Foundation was eager to partner with well-meaning individuals and organisations to carry out these humanitarian efforts.