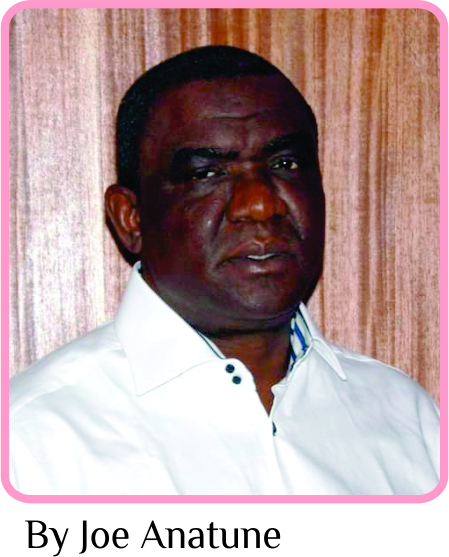 Many pundits attribute the famed entrepreneurial spirit of the average Igbo man as an aftermath of necessity which we are made to believe is the mother of inventions. This school of thought shares the opinion that the Nigerian civil war more or less removed the Igbos from the so-called commanding heights of the Nigerian economy and left them with no option than to find creative ways to generate wealth outside the formal sectors which many erroneously feel is akin to picking the crumbs.  I beg to differ.

Rather, I believe that the Igbo entrepreneurial culture has more to do with their genetic composition than a fall-back position for losing out from the resource control which is an euphemism for sharing of cakes in formal and public sectors in Nigeria. As we all know, an entrepreneur sets up a business or invents something irrespective of all the risks involved with the goal of making money or if you choose profits.

So, the entrepreneur is a wealth creator and very pivotal in the new digital world where resource control is creating miseries in countries where such is still drivers to national development. I hold the personal opinion that this is not all an comers’ game as entrepreneurs must be able to take pressure to be able to succeed. Now what has genetic composition got to do with Igbo entrepreneurship?

It is however important to establish that the Igbos have always had it, Nigerian civil war notwithstanding. Igbo business history is replete with men and women who built great fortunes from virtually nothing long before the civil war.  I had great and resourceful uncles like Christian Anatune, H. O Nwankwo and Ernest Okeke who made fortunes in Gusau in the then Northern Region in the produce and petroleum product marketing. Ernest Okeke through his younger brother Henry Okeke was said to have impacted positively on what the late Umaru Shinkafi later became in life. H. O Nwankwo was very outstanding as his business tentacles were in every sector in the region.

Igwe Mathias Nwafor Ugochukwu was a colossus. He was a major industrialist, investor and property owner who was a pathfinder in setting up large scale industries in the former Eastern region and across other regions. Born in Umunze in the current Orumba South local government, Anambra state, he started his education in African Gospel Mission School, Nsogwu and finished at ST Augustine’ CMS Primary School, Ngodo, Umunze. Nwafor Ugochukwu foray into business started with buying motor spare parts from Ghana and selling same in Nigeria.

He veered into the transport sector where his fleets plied the Onitsha –Lagos roads and were second only to those of Ojukwu Transport. Later, he developed trading links with John Holt where he invested massively to the point that he became the chairman of the conglomerate. Igwe Ugochukwu was a mover and shaker in produce buying, insurance, agriculture and manufacturing. He had stakes in Biscuit Manufacturing Companies of Nigeria Ijora and a major sawmill company in Port Harcourt.

In Onitsha he set up a Tyre-rethreading plant that employed over 400 persons. The Ugochukwu Chemical Industries Ltd makers of the popular Ugo Foam with plants at Umunze, Onitsha and Kaduna were the poster boy of his entrepreneurial endeavours. Ugo Foam was a household national brand that gave employment to over 800 people with an unprecedented turnover of 40million naira. It is noteworthy that M. N. Ugochukwu spoke Hausa, Yoruba, English and of course Igbo fluently.

Ignatius Osakwe hails from Uruagu, Nnewi. He had a stint in the aviation sector and thereafter plunged into business. That was before independence and civil war. Osakwe was a smart and hardnosed businessman. He was the first Igbo man to visit Taiwan for business from where he nurtured a massive trading operation in motor and motor cycle spare parts.

From there, he veered into nail manufacturing in his Oregun, Lagos facility where he also had facilities for straightening and cutting of iron rods in coils and drawing machines for nail making. Under his employ were both expatriates’ engineers and Nigerians of different tribes. He later made investment in furniture making and agriculture in Adani, Anambra state. Again, Osakwe spoke Yoruba, Igbo and English. He believes that to be successful, every business man must mind the kobo so that the naira can mind itself. I figure that is his way of passing on his experience in capital accumulation.

From the forgoing, it is clear that the Igbos are entrepreneurs by nature. Their republican nature gives them the freedom to explore new ways of doing things and attaining new heights in invention and innovation. There are many Igbo men and women across the globe who are trailblazers in the area of invention but this shall be a topic for another day. But why?

True I have read a lot of work by social scientists, especially anthropologists on what make the Igbo tick as investors and entrepreneurs. Many links this to their ancestral connection with the Jews among other thesis. From my observatory and as an Igbo, I think that the broad-spectrum nature of the Igbos is one key factor. Unlike some tribes, the Igbos are not afraid of living anywhere to strive to make a living. They are so adaptable that within a short time, they quickly become members of their host communities by building houses and supporting community development efforts.

However, and curiously, as their numbers sway in their new adopted places of residence, they make efforts to keep vestiges of their culture by forming community associations. So, notwithstanding the heights he or she may have attained, he still connects to his roots by building a family house in his native town and visiting from time to time for ceremonies and important family meetings. Even the elders in the villages who are no longer nimble footed would encourage the younger ones to go out anywhere in pursuit of money but with a caveat-they should return home and invest such acquired wealth to lift their folks back home and bring developments to their towns and villages.

Another feature of the Igbos I have observed is their competitive nature. There is always this can-do spirit you can see and feel in the average Igbo. He thinks metaphorically that he can tame any roaring lion and take the glory. He sees the world as his stage and is not frightened by colour, education or country because he is ready to apply his expertise and energy to explore and exploit any business opportunities he spots. Interestingly, the average Igbo is gifted to spot any good business opening with the promise of making profit ten miles away.

In the pursuits of business opportunities and growth, the Igbo invented an ingenious system of apprenticeship that has thrown up many billionaires because of its peculiar nature of raising venture capital. I am aware that the Igbo apprenticeship system is attracting a lot of attention in many top business schools around the globe. There is also concerted efforts by the Igbos to upscale the system to meet up with the challenges of operating in the new digital world. In all these, how have Igbo entrepreneurial successes helped to uplift their communities and the country as a whole?

Taking it closer home, the first crop of educated Igbos owed their education to the benevolence of their communities or some successful entrepreneurs who assisted in seeing them through school through scholarship and bursaries. This group have always been the pillars in community development in the areas of building schools, hospitals, churches, boreholes and such socials services that help make life meaningful for folks back home. Most of them were responsible for moving generations of current Igbo business Moguls to the cities to learn trading or other vocations.

At the national level where they hold sway in commerce, the Igbo have been pivotal in ensuring that the input output matrixes are constantly in equilibrium. This entails that the output of one sector moves to the others sectors as inputs, after all production is never complete until the finished products get to the final or intermediate consumers.

Industrialists like the ones we mentioned earlier started with trading and moved into manufacturing. In the process, they brought white people who assisted them in setting up and transferred technology to local personnel. In tandem with the invisible hand of capitalism as espoused by Adam Smith, some of the founding employees gained experience and moved on to set up their own manufacturing outfits.

We have avoided drumming the more familiar contributions businesses make everywhere such as the payment of different kinds of taxes to national development because these are given and should be taken for granted. Yes, Igbo entrepreneurs pay all manners of taxes which governments deploy for social services such as education, health and infrastructure. It is on record that states such as Lagos, Port Harcourt etc. where there is a high presence of Igbo entrepreneurs enjoy relatively higher IGR from their various operations.

To conclude, this writer holds the notion that the fame entrepreneurial spirits of the Igbos are born and not made. The Igbo is a global citizen with no cultural inhibition in his pursuit of business opportunity or invention or innovation that give profits and keep him on the gravy train. In the years ahead I see Igbo entrepreneurs that will be in the forefront of Nigeria’ s economic diplomacies. Brands are the new name for economic dominance. South Korea for instance has successfully done well in this direction- Samsung, Hyundai, Daewoo etc. are brands we vote for daily with our naira and ship away jobs to them in return.

The Igbo entrepreneurs are poised to change all that for the good of Nigeria and her people. Examples are springing up both in Igbo heartland and across the nation; Innoson, The Sun, ABC, Chisco, Good Is Good, Erisco, Coscharis Rice, The Ubiquitous Aba fledgling brands I prefer to call Aba Wonders and many more. This is the future any government in Nigeria must come to terms with and find the political will to support as the days of oil wealth and cake sharing is going going……