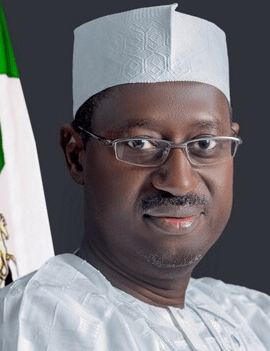 Behind every successful organization there is a strong force that propels the success. The force may or may not be seen. In the case of the Federal Mortgage Bank of Nigeria (FMBN), the force is clearly visible and is none other than the Executive Management Team that is led by Ahmed Dangiwa, an accomplished architect with a rich pedigree in the real estate sector.

The FMBN has in the last few years redefined the Nigerian housing sector with innovative programmes and activities that have impacted positively on the sector, more than it had done since its establishment. The credit goes to the executive management team that clearly understands the concept of working together to achieve a common goal. The executive team is also backed up by a strong board made up of reputable people and a supportive management team of professionals in different fields of endeavour.

The FMBN of today is a completely re-engineered agency that is run on the values of sound corporate governance, transparency, accountability and adherence to international best practices. This explains the high level of integrity with which it is able to conduct its business, which has endeared it to its customers and the general public.

The internal changes that took place in FMBN in 2017 saw huge investments in human capital development through training and re-training. This included application of ICT to improve skills and efficiency and position the agency for the challenge of reducing significantly Nigeria’s housing deficit that is estimated to be in the region of over 20 million.

A major strategy that has significantly boosted the performance of FMBN in the last two years is its adoption of public-private partnership in housing delivery. This is borne out of the fact that government alone cannot carry the burden of providing housing for the teeming population in need of decent accommodation. Such partnerships are needed to bring on board local and international developers for the common objective of providing affordable accommodation for Nigerians.

The FMBN has also strengthened partnerships with financial institutions for easy funding of housing delivery in the country. The arrangement has also allowed the collaborators to put in place a risk management strategy that enables easy management of risks that are usually associated with loans. It has been implementing an enterprise risk management framework that is being handled by PricewatersCoopers.

Loan recovery has been a major challenge for financial institutions in the country, which has stalled efforts to extend credit facilities to as many people that need them. In order to stem this challenge, FMBN is collaborating with institutions like the Nigerian Deposit Insurance Corporation and the Economic and Financial Crimes Commission in the recovery of loans. And with the involvement of the Special Presidential Investigative Panel, it has been able to recover loans of up to N5.8 billion. This is part of an aggressive loan recovery exercise it as embarked on.

Provision of affordable houses requires adequate funding. This is why FMBN has been working towards recapitalizing to the tune of N500 billion in order to be able to meet its capital requirements. It is also looking beyond the shores of Nigeria for funding. One of the international institutions the bank is trying to partner for this purpose is the United Nations Habitat, which could help provide cheap loans on long term basis.

Notable among the landmark achievements of the agency in the last two years is the simplification of the process of securing mortgage loans by prospective house owners. This is reflected in the disbursement of loans of up to N58 billion as at March, 2019. The amount comprises the National Housing Fund (NHF) Mortgage Loans of N22. 3 billion to 3, 171 to workers and Home Renovation Loans valued at N16.9 billion to 20, 429 workers.

The high level of loan disbursements in so short a period is a significant achievement by the agency, when it is considered that in 24 years from 1992 to 2017, it was able to give out only N152 billion in loans. On a general note, FMBN has increased access to mortgage loans by Nigerian workers.

The bank has also recorded successes in processing of applications for refund of contributions to the NHF by workers that retired from service. It has, at the last count, processed 120, 757 applications and paid out N16.5 billion as at March, 2019. This amount dwarfs the N10.8 billion it refunded over a period of 24 years. It has also reduced very significantly the time it takes for potential home owners to process refunds.

In the period under review, FMBN funded construction of 6, 538 housing units across the country, a record that is considered quite impressive.

At the head of the dream team at FMBN is Dangiwa, whose experience spans real estate, infrastructure development, banking and stints in the private sector and the academia, covering more than three decades. Before his present appointment, Dangiwa was the Managing Partner at AM Design Consult, a real estate development consultancy firm.

A holder of a bachelor’s and master’s degree in Architecture as well as an MBA from the Ahmadu Bello University in Zaria, Dangiwa also worked with Sahel Mortgage Finance Limited where he was the Property Manager in charge of Credit Control. He also held the position of Manager, Mortgage Banking Division, a position that enabled him to be actively involved in the design and delivery of several mortgage products and real estate projects.

An alumnus of Wharton University, Pennsylvania in the United States, he as attended numerous training programmes including those in computer-aided designs, design-and-build workshops, project management courses as well as many professional and leadership training programmes.

He loves travelling, intellectual engagements and photography, and is happily married.

He began his career in the United Bank for Africa more than three decades ago where he helped in the implementation of innovative human resources programmes and recruitment policies that impacted positively on the development of the bank. He was also involved in civil society activities, and was actively involved in the provision of social housing programmes on the international scene, working as a consultant to the Nationwide Housing Association in the United Kingdom from 1996 to 1998. His involvement with the organization enabled him to play a key role in the provision of social housing for African refugees.

A skilled negotiator and influencer, Ebo served in different capacities at the national level, as a member of the board of the National Primary Healthcare Development Agency and as a resource person (non-academic projects) to the University of Nigeria UNN), Nsukka, from 2009 to 2014.

He joined FMBN with a rich pedigree that enabled him to apply his creativity and business acumen on the various projects and businesses he has midwifed, including Seventhoption Limited, a multi-profile company with interests in corporate communication, community relations, conflict resolution and crisis management, where he was chairman and chief operating officer. He held the position from 2005 to 2017 when he was appointed to his current position at FMBN.

Ebo, who holds a B.Sc. degree in Political Science from UNN, is a Fellow of the Nigerian Institute of Management. He is married with children and is an artist and collector of paintings.

HajiaRahimatu Aminu-Aliyu, the Executive Director, Loans and Mortgage Services at FMBN, is a persuasive negotiator with strong skills in resolution of complex disputes. She is passionate about development that is inclusive and sustainable.

Before her appointment to the board of FMBN, Aminu-Aliyu worked with the Independent National Electoral Commission where she provided legal advice and also defended the commission on electoral matters at election tribunals, the Federal High Court, Court of Appeal and the Supreme Court. She advised the electoral body on the legal requirements for creation of electoral districts and voting eligibility, and also formulated policies and laws to improve electoral governance and citizen participation in the country.

Aminu-Aliyu, who holds a Bachelor of Law (LLB) degree from the University of Maiduguri and is a graduate of the Nigerian Law School, also has an LLM in International Law. She has attended professional development courses and seminars within and outside the country. A prolific writer, she is a co-author of the book, “Situating Alternative Dispute Resolution (ADR) in Political Sphere: Thoughts on Mechanism for Pre-election Political Dispute Resolution in Nigeria”.

A widely traveled person with interests in community development, she is an inspirational leader and a strategic thinker with organizational ability. She is highly skillful in oral and written communication, and is also a compassionate team player.

AhajiDankane Umar Abdullahi is the Executive Director in charge of Business Development and Portfolio Management at FMBN. He is a financial and general management expert with over two decade’s experience.

Abdullahi held the position of Project Accountant, Principal Accountant and Chief Accountant with the Kebbi State Government and the state’s World Bank Project before his appointment to his current position. A holder of a Bachelor and Master’s degrees from the Uthman Dan Fodio University in Sokoto, Abdullahi is a business administrator and financial manager.

He is a team player and change agent with interest in politics. He contested elections to the Kebbi State and National legislatures at various times, and served at one time as the Acting Chairman of the Kebbi State chapter of the Congress for Political Change. He was the Desk Officer for the Buhari/Osinbajo Presidential Campaign Council in 2015. His desire is to combine his professional and political experience towards improving efficiency in the public service.

A widely travelled person, Abdullahi has interest in football, volleyball and tennis. He is a member of the Institute of Chartered Public Accountants of Nigeria and an Associate Member of the Nigerian Institute of Management. He has attended various management trainings and programmes in Nigeria and abroad, and is married with children. 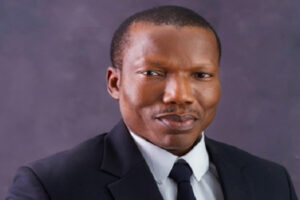 X-raying the changing Narrative in FAAN under Capt. Yadudu and his Dream team 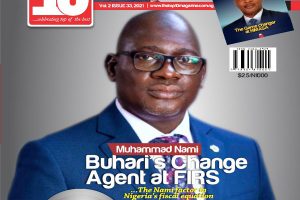 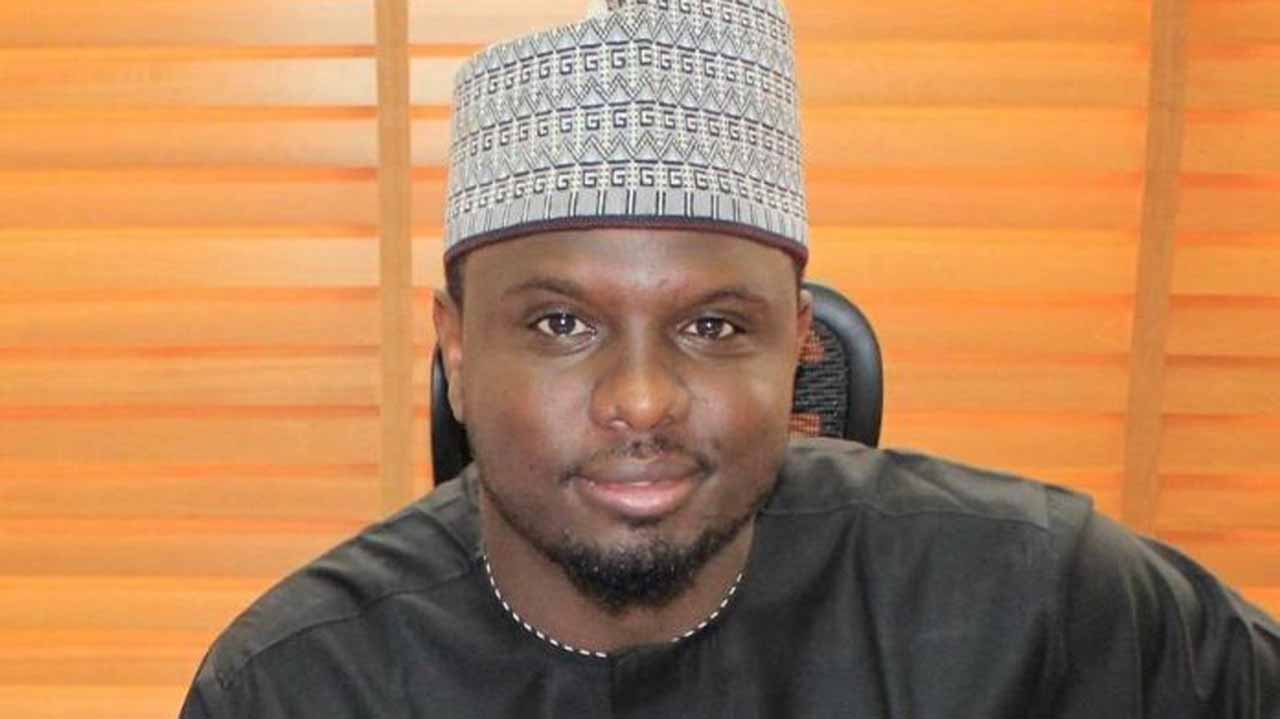