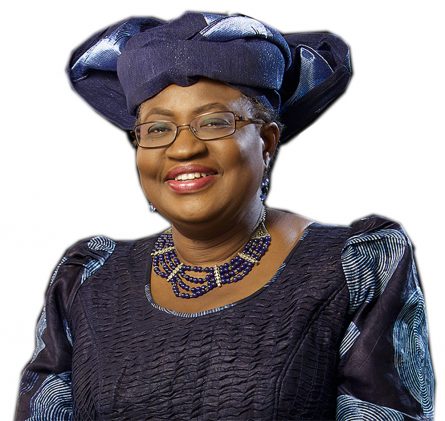 Dr. Ngozi Okonjo-Iweala, the newly appointed director general, World Trade Organization (WTO), assumes a status in the multilateral body that only a few females have ever attained. Her portrait hangs at WTO’s Geneva lakeside headquarters in honour and recognition of the competence of a Nigerian to lead global trade out of distress.

She takes over the headship of WTO at the most challenging time in history. Global trade is hunted by a historic and long standing US-China conflict, pressures to reform trade rules from many quarters and heightened protectionism under the Covid-19 pandemic.

Her belief in applying trade as an instrument to lift people out of poverty went all the way for her in clinching the top job at WTO. Creating a cordial environment for international trade talks and brokering a new trade agreement is the task ahead of Okonjo-Iweala at WTO. But she has a clear conviction of what to do.

“What it needs is someone who has the capability to drive reform, who knows trade and who does not want to see business as usual and that is me,” she said. Her priority is to position the organization to smoothen the disparities in Covid-19 vaccine distribution between the rich and the poor countries.

Getting members to lift export restrictions on medical items is a key element of her immediate engagement. Her plan is to build a framework on pandemic response “so that next time, we don’t waste time trying to figure out how to respond”, she said. To Mr. Tedros Adhanom Ghebreyesus, Director-General, World Health Organisation, Okonjo-Iweala is “WTO’s perfect chief”.

Okonjo-Iweala presents a positive front and a way forward in the US-China trade stalemate. She promises to align her interests and priorities with Washington’s – to get WTO back to its purpose as aglobal arbiter of trade disputes.

The US has found in her a constructive partner, according to the country’s delegate and has expressed full commitment to working closely with her. China is quite impressed with the new leadership of the trade body and its delegate has pledged full supportfor the new boss of world trade.

EU is full of expectations of a great transformation that Okonjo-Iweala will bring about atWTO. The union’strade commissioner, Valdis Dombrovskis, said he is looking forward to working closely with her to drive the “much-needed reform of the institution”.

Former WTO chief, Pascal Lamy, sees Okonjo-Iweala as a good choice in view of her ability to operate in the centre of a “US-EU-China triangle”, according to Reuters.”She brings stature, she brings experience, a network and a temperament of trying to get things done, which is quite a welcome lot in my view,” he said.

Mr. Kingsley Moghalu, former deputy governor of theCentral Bank of Nigeria, who worked with her when she served as finance minister, affirms her dogged determination and persistence to get great things accomplished for the world.

To President Muhammadu Buhari, President of the Federal Republic of Nigeria, the appointment of Okonjo-Iweala to lead WTO brought “more joy and honour to the country”.

At the core of the reforms envisaged at WTO is a change of rules for China particularly, among developing countries, in reflection of the country’s rapid economic growth.

Also, top on the ‘to-do-list’ is the deadlock over waiving intellectual property rights for Covid-19 drugs, to which many developed countries are opposed. Again, securing a deal on fisheries subsidies, which is the subject of the WTO’s main multilateral talks that failed to be concluded at the end of 2020, is another immediate issue on the table.

Okonjo-Iweala is facing the daunting challenges at WTO with the spirit of ‘reforming the un-reformable’ – which is the title of her book. The book was on her role in fixing Nigeria’s broken down institutions. Expectedly, she has put together all the strategies and expertise she has applied before to excel in her previous jobs to tackle the tasks ahead at WTO.

While she served as minister of finance in Nigeria, Okonjo-Iweala crafted policies that powered economic growth to the extent of achieving an average of 6 percent GDP growth per annum over a space of three years. She spearheaded reform programmes that improved fiscal transparency, re-balanced government expenditure to step up capital spending and build up economic buffers to ensure stability across market cycles.

While she was finance minister, she secured a debt exit deal with Paris Club of creditors that relieved Nigeria of a debt burden of over $30 billion. The debt exit provided the nation a new opportunity for rapid economic development.

Her tenure in the finance ministry launched Nigerian banking into the cashless policy that closed the loopholes for money laundering and opened the chapter for the development of modern electronic banking channels. The cashless policy, modernized the payments system, reduced the cost of currency management and the risk of moving cash.

Nigeria’s hosting of the World Economic Forum on Africa in 2014 is yet another major feat accomplished by Okonjo-Iweala. She placed Nigeria on a global record of being the second country in sub-Saharan Africa after South Africa to host the forum.

The apex regional economic summit, organized by the Switzerland-based World Economic Forum, brought together Africa’s best intellectuals from across economic sectors to deliberate on the continent’s most pressing socio-economic issues. The event attracted close to $70 billion in new investments to the African continent and reached a global audience of about 2.1 billion people through the social media, according to official estimates.

During her tenure as the finance minister and coordinating minister for the economy, Nigeria re-based its GDP for the first time in 24 years. Out of the exercise, the country emerged as Africa’s largest economy, a big milestone attained towards joining the club of the world’s 20 largest economies.

Okonjo-Iweala is the first female finance minister and the first female foreign affairs minister in Nigeria. She put in 25 years at World Bank as a development economist, rising through the ranks to the number two position as the bank’s managing director.She is also the first female and black candidate to contest for the presidency of World Bank Group in 2012. A renowned economist and international development expert, she holds many honours and doctorate degrees from several renowned universities in the world, including an A.B. in Economics from Harvard University and a Ph.D. in Regional Economics and Development from the Massachusetts Institute of Technology (MIT).