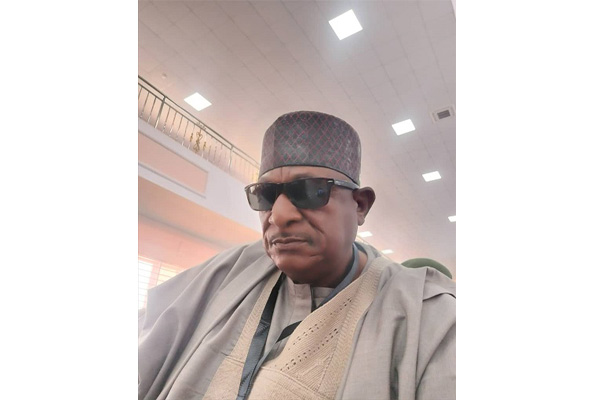 The Benue Rebirth Movement (BRM) has called for constitutional amendment to provide for the rotation of the position of Governor among Senatorial Districts in a state. This is to ensure balanced and equitable sharing of political power that will give every component of every state a sense of belonging as well as reduce political tension, rivalry and conflict.

The call was contained in the BRM’s presentation, delivered by its National Coordinator, AVM Monday Morgan,during the North Central Zonal Public Hearing organized by the Senate Committee on the Review of the 1999 Constitution, on Wednesday, May 26,in Jos, Plateau State.He was accompanied by the BRM Secretary, Chief Eche Ijiga and Media Relations Officer, Hon. Joseph Ode.

BRM which is a nonpolitical and non-confrontational organization established to promote ethnic minority integration and inclusiveness in governance in Nigeria, according to AVMMorgan, does not subscribe to the call for Sovereign National Conference or Referendum but welcomes restructuring which will remove or reduce all the vestiges of exclusion. The National Coordinator said: “BRM, in the light of its callfor equal opportunity, national integration and inclusiveness in governance, strongly recommends an amendment to the constitution to make the governorship position rotational among the three Senatorial Districts of a state after a two-year reign in any particular District.”

Closely related to its views on rotation of the governorship is BRM’s recommendation for constitutional backing for the existence of the six geopolitical zones of Northeast, Northwest, North central, Southeast,Southwest and Southsouth, not as a tier of government but for purposes of power shift, inclusive governance as well as coordination ofsocial and economic development, security and other issues of common interest.

The Movement also lent its support to the agitation for the creation of Apa State out of the present Benue state”to fosterethic minority integration and inclusiveness in governance by guaranteeing equal opportunities and access to high offices of the state and to allow development at the grassroots.”

Other highlights of BRM’s submission include support for absolute financial autonomy for Local Governments,promotion of gender equality,immunity for the President and Governors,support for comprehensive judicial and electoral reforms as well as provision for’State of Residence’to accord full rights to non-indigenesresident in a state for at least 20 years. BRM’s position also includes the rejection of state police in favour of encouraging the states to establish independent security outfits for purposes of intelligence gathering to supplement the activities of the police at the level of the states. “In that wise, the likes of Amotokun in the Southwest and the Lifeguards in some states of North Central geopolitical zone should be given constitutional backing.”