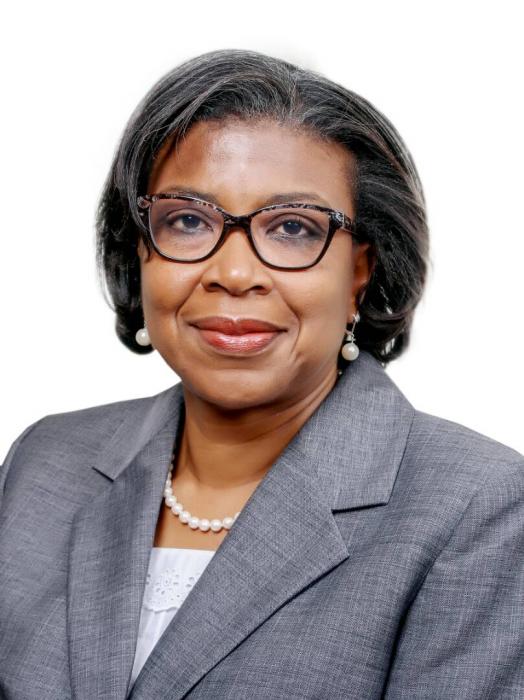 Oniha is the amazon that oversees the institution that manages Nigeria’s debt profile (domestic and external) as Director General. From July, 2017, when she was appointed to her current position, she has proved her mettle in successfully managing the huge debts the country has had to grapple with, working in collaboration with some of the biggest financial institutions around the world.

What has made Oniha’s job relatively easy is the fact that she was not appointed from outside to run DMO, as is sometimes done regarding public institutions and agencies. She came from within. She had been in the system long enough to understand its role and functions and, most importantly, its strategic position in the country’s effort to keep its growing debt profile within manageable limits.

Oniha has a string of achievements recorded by DMO with her input. Prominent among these achievements is the introduction of Benchmark Bonds to help develop the local bond market for the purpose of improving liquidity and creating a sovereign yield curve to make it possible for state governments, corporate bodies and multilateral organisations to raise long term funds. The aim is to create a debt capital market where the public and private sectors can assess long term funds to finance the country’s developmental projects and programmes.

She went beyond introduction of the Benchmark Bonds to put in place a strategy for sustainable development of the capital market by robustly engaging local and foreign investors, as well as regulators and other stakeholders for the purpose of developing a large and diversified investor base for the Federal Government’s securities and bonds that are issued by various borrowers.

Another outstanding achievement recorded by Oniha was the successful issuance of Nigeria’s debut $500 million Eurobond in January, 2011. The bond opened a new source of funding for the federal government as well as corporate organisations. She managed the successful issuance of $1 billion Eurobond that was up to 400 per cent subscribed in 2013. The funding window provided opportunities for some Nigerian banks to issue Eurobonds.

The DMO, under Oniha, has put in place a debt management strategy that allows the borrowing ratio to be 60:40 per cent domestic and foreign, respectively. The Office delivers on borrowing, though it has no control over how it is spent. What this means is that while the agency makes input into borrowing, it is left to agencies involved in capital releases and procurement to see to its utilization. It is therefore not its responsibility to explain non-utilisation of the funds borrowed.

Oniha supports occasional borrowing from institutions such as the World Bank, African Development Bank, China Export Import Bank, India Export Import Bank, etc, if only for the simple reason that it is cheaper. But she also points out the fact that it has its limits. And for a country like Nigeria in dire need of money to fund its numerous developmental projects and programmes, it may not be the best option. This explains the option of Eurobonds and commercial windows.

Journey to the top

She made a switch from the private to the public sector in 2008 when she joined DMQ as director in the Marker Development Department. The move enabled her to bring her banking experience to bear on the new job, equipped with a rich pedigree in credit, marketing, treasury and investment banking. By the time she joined DMO, she had learnt the rudiments of debt management, and required a few years of going round the various departments to be equipped for the ultimate job.

Oniha graduated from the University of Benin with B.Sc. (First Class Honours) in Economics in 1983. She went to the University of Lagos where she obtained an M.Sc. in Finance in 1985. She became a member of the Institute of Chartered Accountants of Nigeria in 1990, and a Fellow in 2008. She is also an Associate Member of the Chartered Institute of Taxation of Nigeria.