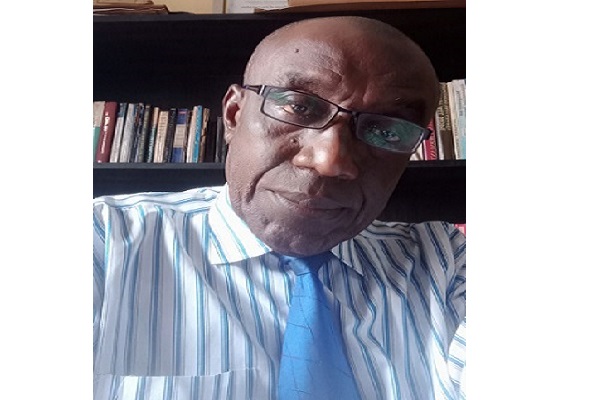 In the next five months or so, Nigerians will have the opportunity to assess the suitability or otherwise of the 18 candidates that have presented themselves as the best to succeed President Muhammadu Buhari as the tenant in Aso Rock, from May 29, 2023.

It will be an opportunity to separate the wheat, from the chaff; the serious, from the unserious. Most importantly, the electioneering period should provide opportunity for us to discuss the issues; to breath some fresh air that is devoid of the suffocating and nauseating stench of mudslinging, hate speech, fake news, character assassination, exchange of brickbats and name calling that have dominated the public space since political parties announced their candidates for the February, 2023 general election.

The past few months have witnessed a complete neglect of the germane issues that confront Nigeria as a country – issues that border on its continued existence as an entity – which constitute an existential threat to its people. And these are issues for which the general election of next year should provide answers through the emergence of someone with the idea of what those answers should be.

This anomaly has been propagated by a social media mob that includes, quite regrettably and shamefully, as well, people who are regarded as experienced journalists who, for political expediency, have thrown overboard their role as shapers of POSITIVE public opinion on issues that affect the country – people who should set agenda for public discourse on the way out of the dire straits in which the country currently finds itself.

We have been fed with such nonsensical and utterly useless issue of a picture showing a candidate dozing off during a courtesy call, with the conclusion that he is mentally and physically unfit to be president; the hogwash about a candidate not being competent to discuss the economy because he has a degree in Sociology, instead of a PhD in Economics – even though he has attended the best business schools around the world and has been highly successful in the world of business, or the fact that a candidate regularly spends time in a home outside Nigeria, which makes him unaware of what is happening in his own country. Can a Diaspora Nigerian not come home to contest election to bring his country out of the pit if he has the wherewithal to do so, since he keeps tab on developments in the country, minute by minute?

The time has come for each of the candidates to tell Nigerians why he should be the one, and not others. Let us hear them speak directly to us, not through campaign spokesmen or running mates. Let us hear them speak to the issues that threaten our collective existence. By this, I mean that they should tell us the solutions they have to the problems. We don’t need any more lectures on the problems, because we know them.

We know, for instance, that poor leadership recruitment is the reason a country that was the 40th richest in the world at independence in 1960, with only agriculture as the economic mainstay, is today, 62 years down the road, the poverty capital of the world, despite its position as the ninth biggest oil producing country in the world and sixth biggest in the Organization of Petroleum Exporting Countries. It is the same leadership, in succession, that makes Nigeria the only oil producing country in the world that imports petroleum products, while four refineries remain permanently in a coma to act as a conduit through which tax payers’ money enters the pockets of corrupt officials; the same bad leadership that spends money that could build new refineries to create a subsidy racket from which  officials of the government and the nation’s oil company reap bountifully, while the thoroughly abused, exploited and helpless citizens struggle to cope with astronomical prices of kerosene, petrol, diesel, aviation fuel and cooking gas.

We need to know how the problem of insecurity, which was confined to the North East in 2015, but which has now been fully democratized to involve all sections of the country, will be tackled and solved once and for all, so Nigerians can move about, freely, in their own country. The candidates should tell Nigerians how they would correct the misnomer and paradox of being the biggest economy in Africa with probably the highest unemployment rate on the continent, and depending solely on imports. We want to hear what would be done to make the daily exodus of youths out of the country no longer attractive.