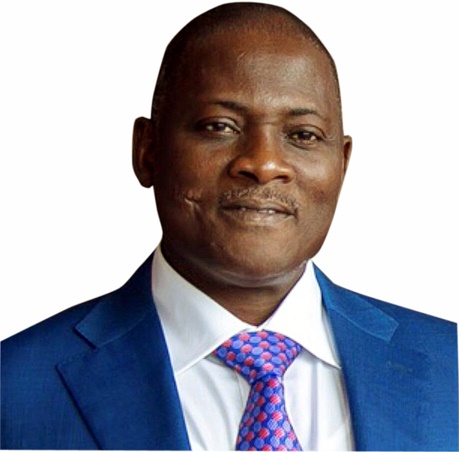 Mr. Innocent Chukwuma is founder and chairman of Innoson Group of Companies and the man behind Africa’s first indigenous motor manufacturing plant. The cutting-edge achievement has registered Nigeria’s name among auto manufacturing countries in the world, giving it a tender root, it could nurture to free its large auto industry from external dependence.

A business magnate and astute entrepreneur, Chukwuma presides over a business conglomerate that has established its marks in Nigeria’s business space. He established Innoson Nigeria Limited in 1987, which began to assemble motorcycles in Nigeria in partnership with Chinese Motorcycle Manufacturer in 1994.

The Nnewi-based company produces motorcycles, tricycles, spare parts and accessories. The company has become one of the major importers, suppliers and assemblers of motorcycles and motorcycle parts in Nigeria and West Africa.

The group includes one of Africa’s largest household and industrial plastics manufacturing companies – Innoson Technical & Industrial Co. Ltd, which commenced operations in 2002. In addition to household and industrial plastics, the company produces health and safety accessories, storage containers, fixture and fittings, electrical components and accessories. It is the biggest helmet manufacturing company in West Africa.

The vehicle manufacturing company based at Nnewi took off in 2010 and has a product line that includes high capacity city bus, mini and midi buses, pick-up trucks and garbage collecting vehicles. The company also produces spare parts and provides after sales services to clients.

Chukwuma, who started off as a motorcycle parts trader, soon became the game changer in the business. He is the first to begin importing motorcycles in containers of knocked down parts instead of in cases of fully built products – a move that lowered cost and gave him a competitive edge in the business.

A discovery of a price advantage through local value added changed his course from trading to manufacturing.  The desire to add value locally to motorcycles and reduce the price in the market set him on the path to become the industrial giant he is today.

Chukwuma discovered that motorcycles have a lot of plastic components and decided to begin his value adding dream from the plastic parts. That gave birth to the plastic manufacturing company at Enugu with which he began to add local value to motorcycles. The result was a marked reduction in the cost and price of motorcycles to the level that it became affordable to the masses.

The same principle of local value added that worked in motorcycle production was what Chukwuma took to the motor vehicle industry. Like motorcycles, motor vehicles also have many plastic components and he already had in place a plastic manufacturing plant with plenty of spare capacity.

The strategy that has worked for Chukwuma is to begin with the simplest things to be produced and gradually move to the complex parts. He started with parts that could be produced locally and gradually increased locally manufactured components. This happened in both motorcycle and motor vehicle manufacturing.

Chukwuma’s motivation into industrialization has been how to increase local value added and consequently reduce the cost of the finished products. Business, he notes, is a function of price and quantity and how to establish a competitive edge in the two areas has been his drive all the way.

Such was the problem solving mission he took upon himself in venturing into vehicle manufacturing. He was moved by the high prices of imported vehicles – which 80 percent of Nigerians cannot afford – a situation that has turned the country into a dumping ground for used vehicles. The high prices are a function of zero local value added and adding that value and bringing down the prices of vehicles is the mission of his vehicle manufacturing company.

Brand new vehicles are the exclusive preserve of the super-rich in Nigeria and even top grade used vehicles are elitist products. Chukwuma is on a mission to change the narrative. He believes that brand new vehicles should be affordable to an average Nigerian and he is taking steps to make that a reality.

His vehicle manufacturing plant rolls saloon cars, buses, pick-up trucks and sport utility vehicles. It also produces vans and big trucks. The company’s promise is to give the African market affordable and durable vehicles and end dumping of used cars in the continent.

Pricing of Innoson vehicles is set in the region of used imported cars and a vehicle finance scheme is in place under which buyers can pay for a car over three installments. Should government usher in the appropriate policy environment, the era of influx of used vehicles into Nigeria may soon be over.