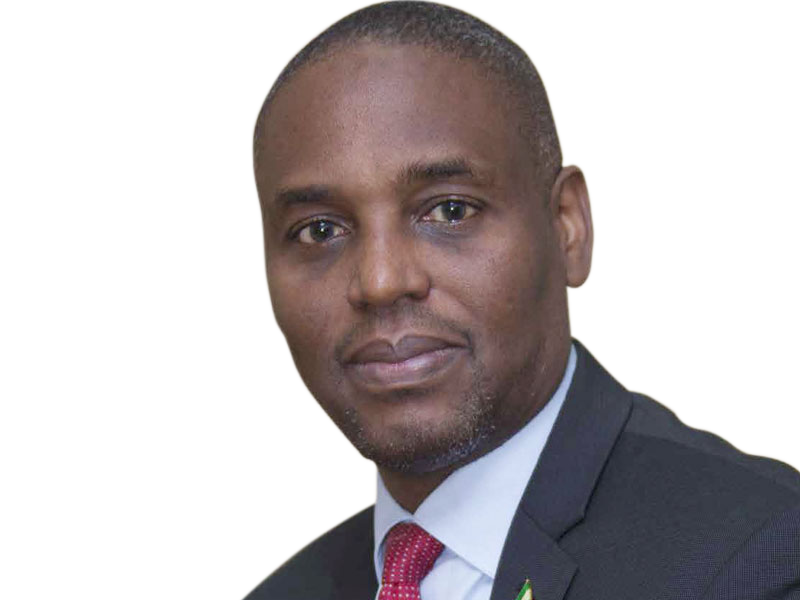 Ado Sanusi has gone round the aviation industry it is doubtful if he knows about any other industry. He has received training in the best aviation schools within and outside Nigeria; worked as a pilot, an aviation agency administrator and as an aviation operator. It would therefore be appropriate to describe him as the quintessential aviation man whose name rings a bell in the country’s aviation sector.

Sanusi is one of the few aviation practitioners in Nigeria today who can speak authoritatively on the sector, its problems and what needs to be done to make it rank with others in different parts of the world. He speaks about the aviation sector as only an expert can do. What gives him an age over many of his peers is the fact that he has a blend of the best American aviation training and a vast experience in African operations that extend to Europe.

His appointment by the Asset Management Corporation of Nigeria (AMCON) to turn around the fortunes of Aero Contractors, an airline that was under receivership, was hailed by aviation industry practitioners and experts as a very strategic one, because of his experience and immense contributions to the development of the aviation sector. There was a consensus that he was the best man for the job. The appointment was seen as fitting a round peg into a round hole. He hasn’t disappointed.

The statement that announced his appointment in February, 2017, AMCON described him as “a thorough-bred aviation professional; highly respected in the industry for his immeasurable contribution to the sector over the years”. AMCON made clear Sanusi’s mandate. “Sanusi, who is expected to hit the ground running on resumption, has been mandated by the AMCON management to reposition the airline. This is by returning it to full operational capacity, offering reliable, safe and secure operations which the airline is known for”.

Nothing best attests to Sanusi’s competence and experience in the aviation sector than the fact that he was appointed to turn around the fortunes of Nigeria’s oldest private airline that had virtually gone bankrupt and was actually under receivership. A little over two years down the line, not only has he succeeded in stabilizing the airline, he has put it on the path of recovery and growth. That’s a feat only an expert in his class can do.

Aero Contractors, once the flagship of private airlines in Nigeria, recently celebrated 60 years in business. The company owes its existence up to this number of years to Sanusi who literally saved it from going into extinction, for, it would not have survived to mark the milestone if he was faint-hearted.

Sanusi assumed office as managing director and chief executive officer of Aero Contractors to play the role of a miracle man. But when he saw the true state of the company upon arrival, he came close to advising his employers, the Asset Management Corporation of Nigeria (AMCON), that the logical thing to do was to liquidate it. But on the flip side he saw in the staff of the ailing airline a reason to go for its resuscitation.

The commitment and zeal he saw in the staff of Aero Contractors during his interactions and meetings with them convinced him that the airline that was on the periphery of life and death could be brought back fully to life. The second factor that informed Sanusi’s decision to work for the revival of the airline, rather than go for liquidation, was purely patriotic. There is no other airline in the country with a long history. Liquidating Aero Contractors, with more than 50 years existence then, would amount to wiping off more than half a century of Nigeria’s aviation history, especially against the background of the death of Nigeria Airways more than 15 years ago. There was also the fact that he got the support of AMCON.

A significant achievement Aero Contractors has recorded since Sanusi assumed its headship two years ago is improvement in maintenance, which is key to the survival of an airline. He has got the airline to carry out its C-checks, but under the supervision of South African and Ethiopian experts. It is the first time a company in Nigeria and, indeed, Central Africa, is doing it. The checks have always been done out of the country. This probably explains why critics and competitors said, with a tinge of envy, that the development had been blown out of proportion.

The airline has done the checks more than three times and is planning to use local companies for the exercise, in order to enable them to benefit from it, commercially.

Sanusi brought into his job a rich pedigree that included management of the country’s airspace as managing director and chief executive officer of the Nigerian Airspace Management Authority (NAMA) and deputy managing director of Airk Airline, Nigeria’s largest carrier. Before then, he had logged thousands of hours as pilot on different airlines in the country, besides flying different aircraft in the United States in the course of his training.

Industry watchers believe that with what Sanusi is doing, it won’t be long before Aero Contractors fully bounces back to regain its position as Nigeria’s leading carrier, especially with its impressive safety record that has been the main attraction to air travelers for many years.

Sanusi’s flying career started at the Nigerian College of Aviation Technology in Zaria, where he obtained his Commercial Pilot License and a National Diploma in Aeronautical Sciences after undergoing the requisite training. He proceeded to the United States for further studies and training, and obtained the Air Transport Pilot License, as well as the Certified Flight and Ground Instructor’s License from top-rated institutions like Embry-Riddle Aeronautical University, Flight Safety Savannah, Gerogia; University of Southern California and Simuflite, Dallas, Texas.

On return to Nigeria, Sanusi worked with Kabo Air, an indigenous airline, as a senior flight officer before joining ExxonMobil as a flight safety officer. He later joined Virgin Nigeria as a captain, flying the B737 Classic.

He was appointed managing director and chief executive officer of NAMA, a position that enabled him to lay the foundation for a performance-based airspace. In this position, he had full knowledge of the critical areas of the aviation industry, including airport management and meteorological services.

Working in collaboration with other aviation parastatals like the Nigerian Civil Aviation Authority and Nigerian Meteorological Service, he implemented the total radar coverage on the Nigerian airspace (TRACON). He designed the template for capacity building in the aviation sector and followed up by organizing training for air traffic controllers and engineers in the United States.