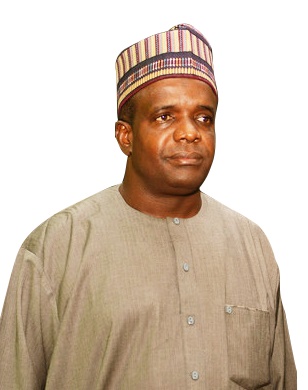 Alhaji Auwalu Abdullahi Rano, Chairman and Chief Executive Officer of A. A. Rano Nigeria Limited, is The Top10 MagazineMan of the Year, 2019. The Board of Editors of the magazine announced his emergence, beating 20 other finalists that were nominated from a list of over 200 originally shortlisted for the award in a rigorous and painstaking selection exercise.

The choice of Rano for the coveted award is based on his belief in Nigeria and commitment to its socio-economic development, which is exemplified by his massive investment in the country’s most critical sector that also happens to be its economic mainstay – oil and gas.

His initiative has provided direct and indirect employment for thousands of Nigerians in different parts of the country, thus contributing to the effort to reduce unemployment and enhance the living standards of the generality of the citizens. Apart from provision of employment to Nigerians, Rano has reached out to thousands of Nigerians through provision of social services in education, health, water, as well as youth and women economic empowerment in a rare philanthropic gesture that underscores his belief in being his brother’s keeper.

The man, Auwalu Rano and his business

Alhaji Auwalu Abdullahi Rano is the Chairman and Chief Executive Officer of A. A. Rano Nigeria Limited. One word that has defined the business philosophy of Auwalu Rano is determination. It is the word that has made success to dog his path in the 20 odd years he has operated in the high-profile oil and gas sector of Nigeria’s economy.

Rano is where he is today because he has the heart of a lion. He strolls where others fear to tread. He takes investment risks where many would not like to even stake their kobo. And the results have been very rewarding.

When the oil magnate stepped into the highly risky and unpredictable venture of marketing and distribution of petroleum of products in 1994, he had one goal in mind – to get to the top and rub shoulders with the big names in the industry. In fact, he had the vision of taking his company, A. A. Rano Nigeria Limited of which he is the Chairman and Chief Executive Officer, to the commanding heights of oil and gas business as a leader in the downstream sub-sector not just in Nigeria, but also in sub-Saharan Africa. Today, he has achieved the first part of the vision, namely, playing in the big league in Nigeria’s oil and gas sector. It’s a matter of time before the second part of the vision becomes a reality.

It did not take long for the signs to become clear that Rano was on the road to success. Two years after he commenced business, in 1996, he built his first retail outlet in Kano. And in 2002, he incorporated his company – A. A. Rano Nigeria Limited, signaling his readiness to go all the way in the industry.

Rano’s sagacity, business acumen and ability to identify opportunities from afar saw him grow the company quite exponentially, from a one-outlet petroleum marketer without its own vehicle to a behemoth having subsidiaries and operating from about 120 outlets across many states of the federation, complete with a fleet of over 600 trucks. This is to ensure an unbroken supply chain that would see the company take petroleum products to every part of the country with relative ease.

That happened within a period of less than two decades – a period during which many in the business would not come that far in terms of establishment of presence. The development has positioned the company as a national brand, not just a zonal player in one section of the country, in line with Rano’s plan of running a company that would provide service for Nigerians.

In order to enhance his company’s operations in the downstream sub-sector, the astute businessman has just completed construction of a 60 million-litre tank farm in Lagos. The facility would enable the company to always have enough stock of petroleum products to ensure regular supply even in times of emergency, to ensure there is no supply shortfall.

With a lot of grounds still to be covered in the downstream sub-sector, Rano has expanded operations to the highly capital intensive upstream sub-sector. This is indicative of his strategy of having his hands in many pies at the same time, which is proving to be quite effective.

Rano has grown A. A. Rano Nigeria Limited to a major integrated oil and gas company involved in marketing, distribution and trading of petroleum products, provision of cargo and haulage services.

He has secured license to lift 45, 000 barrels of crude oil per day under the Federal Government’s Offshore Processing Agreement. And in order to ensure his company is strategically positioned to participate effectively in the upstream sub-sector, he has his sights set already on building an oil refining plant. This would enable his company to play in the same league with major local and international oil companies in exploration, refining and production of petroleum products.His company has also acquired a marine tanker vessel for cabotage operations. As part of effort to reposition the company as a global brand, the company recently unveiled a new logo at the 13th Oil Trading & Logistics Expo (OTL) African Downstream Week 2019 where it was one of the major sponsors of the event.

Rano’s involvement in the oil and gas sector of Nigeria’s economy was not happenstance. He came into the industry with clear-cut missions. The missions include setting standards in the oil and gas industry in Nigeria and sub-Saharan Africa through delivery of premium services using skilled personnel to ensure optimum returns to the company’s stakeholders.

They also include employing a diverse, innovative and result-oriented team and highly motivated workforce to deliver a sustained health, safety, security and environmental excellence that would bring about profitable growth.

Rano runs A. A. Rano Nigeria Limited with the highest standards of corporate governance in conformity with international best practices. He holds as sacred the core values of integrity – doing the right thing; safety first; quality and excellence – setting and achieving high standards in every undertaking and fulfillment. Others are team work – respect for one another enhanced by constant communication; profitability – making wise investment decisions that help to grow the business and delivering continuously on the commitment to sustained health, safety, security and environmental excellence.

Rano is a man with a large heart. A devout Muslim who was born and raised in Rano, a small Hausa/Fulani community in Kano State, Rano practices the Quranic injunction of giving, and also understands Jesus Christ’s admonition that says it is more blessed to give than to receive. He set up A. A. Rano Foundation as a vehicle for touching the lives of the less privileged in the areas of health, education, provision of potable water, as well as youth and women empowerment.

Despite his wealth, he exhibits the level of humility that endears him to people in all walks of life.

All these accomplishments are the factors that earned him this special recognition as The Top10 Magazine Man of the Year, 2019. 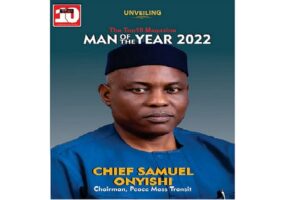 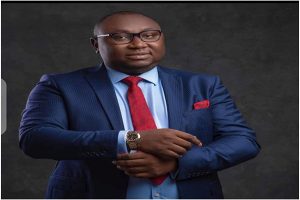 Teni Adesanya – The making of the MAN OF THE YEAR 2021